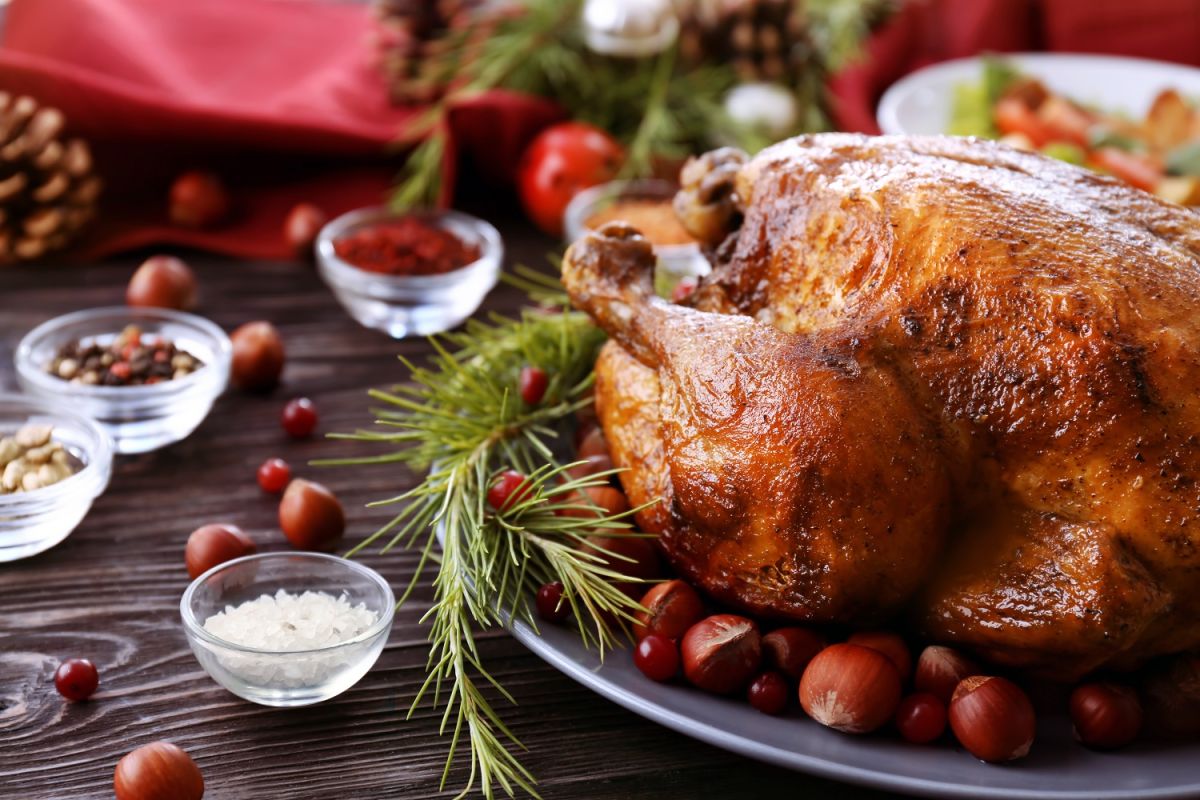 
The reality is that before Thanksgiving was officially celebrated in the United States, turkey has always had a place at the Christmas table. Undeniably, over the years it has become the protagonist of New Year’s Eve dinners and celebrations, its presence and presentation are unmatched. In addition, there is a more positive aspect that we seldom take into account and that is that lately it has earned the reputation of being one of the healthier elements of the great repertoire of traditional dishes of the season. The first thing we have to say is that turkey does deserve its great reputation. Although according to experts there are some caveats to consider.

Historians say that turkey has been a part of America’s harvest festivities since the early 1800s. In fact, the famous Sara Josepha Hale, popularly known as “the mother of Thanksgiving Day”, described it as central to a traditional New England Thanksgiving in an 1827 novel, decades before Abraham Lincoln proclaimed a national holiday in 1863. Also, in 1843, Charles Dickens gave the turkey a starring role in “A Christmas Carol.”

Turkey is a healthy choice: it is a great source of protein, it is rich in many vitamins and mineralsIt is also low in fat, if you do not eat the skin. It is rich in B vitamins, niacin, B6 and B12 and one of the essential nutrients it contains is choline. In particular, It is a good source of the minerals magnesium and phosphorus, and provides iron, potassium, and zinc. It is also high in selenium, which can help strengthen your immune system.

Also according to experts, the way we prepare the turkey is important: lSeasonings and marinades can add sodium. And in the cases that the birds are consumed with skin and in fried preparations with additional fat, it will obviously be adding calories and fat. It is well known that regular consumption of fried foods has been linked to cardiovascular problems. And most of the oil in a fried turkey ends up being absorbed through the skin. So again, a great recommendation to enjoy the nutritional benefits of turkey is to avoid the extra fat and calories by not eating the skin. In this way, it will become one of the most health and weight-friendly dishes of the season.

Without a doubt, the critical point is to properly fry the turkey. On the one hand, it is important to maintain the correct cooking temperature during the frying process. The secret is to use healthy fats, such as peanut or canola oil, and also, it is very important not to let the turkey soak in the oil after cooking.

Another of the genius around turkey meat is that it is distinguished by being a extraordinary source of the essential amino acid: tryptophan, which helps the body synthesize protein, but is to blame for the post-feast drowsiness that some people experience for each other! The truth is that roast, skinless turkey has tryptophan levels that are similar to roast beef or canned tuna and less per ounce than cheddar cheese. Although the reality is that it ends up being much more likely that the large amounts of carbohydrates in the food provide the largest contribution to sleepiness.

Good news around the growing popularity of turkey is that it has become a type of meat that appears more than once a year in homes and is no longer only related to Christmas. The reality is that according to federal dietary guidelines, turkey and other types of poultry are part of a healthy dietary pattern. The important thing is to be clear that not all turkey products are created equal, for example: fans of turkey sausage, turkey bacon and other processed varieties should check the labels.

Generally, all processed meat products, including turkey, provide a significant amount of sodium and by now we all know about the effects it brings to the health of the cardiovascular system. It contributes to high blood pressure and the risk of cardiovascular events. According to the American Heart Association, it is recommended no more than 2,300 milligrams per day and as an ideal limit no more than 1,500 mg per day for most adults. The most recent AHA guide to a heart healthy diet emphasizes choosing lean cuts of meat and poultry over processed forms.

A good turkey presentation option to integrate into your daily diet is ground turkey. As long as the versions are chosen: low in fat, to which no skin is added and it is always key to check the sodium content. While it is true that following a healthy diet during the holidays is much more than eating turkey without skin, the verdict is that turkey is one of the traditional dishes that best fits with a healthy, low-fat, nutritious, filling and balanced diet . Bet on controlling the portions (3 ounces is perfect), by consuming the meat without skin, be careful with the garnishes rich in carbohydrates and better bet to accompany it with abundant vegetables. But above all, do not forget to take the time to enjoy the food and especially the family and friends. Happy Holidays!