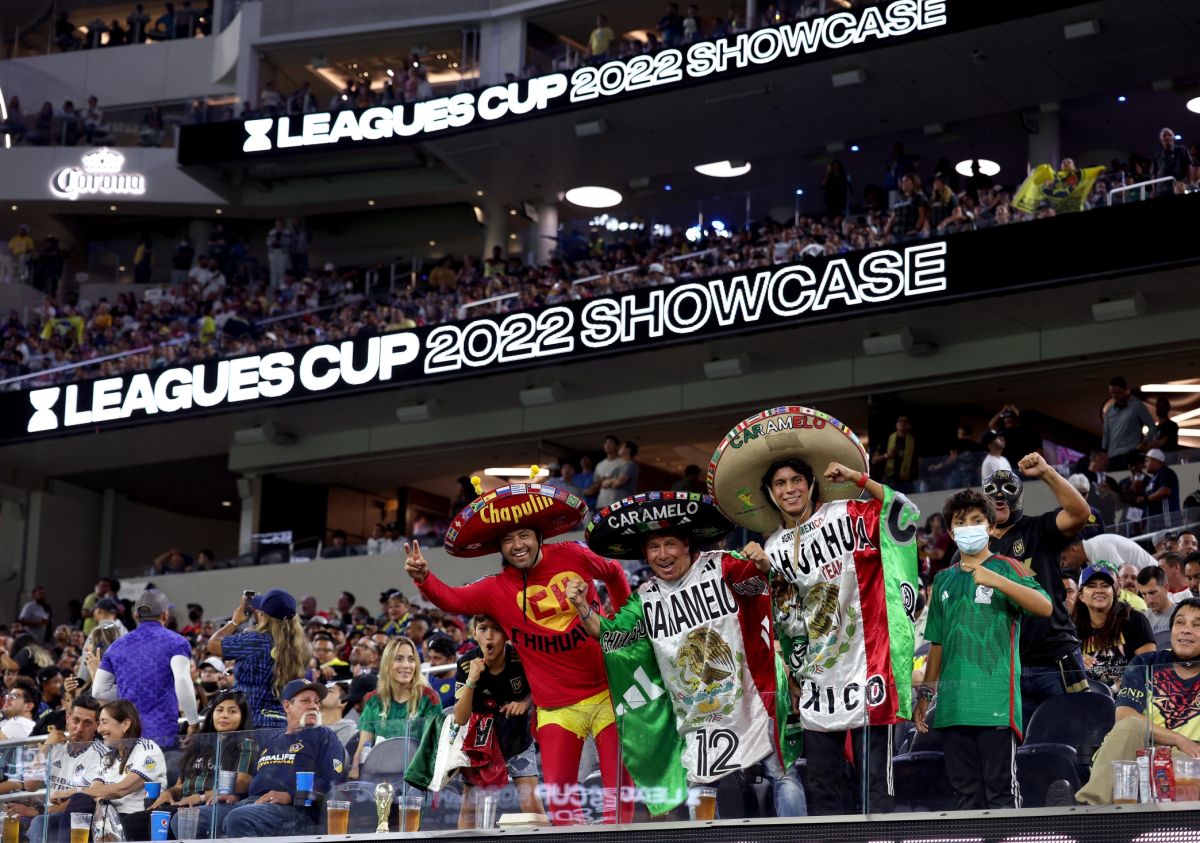 Conceived as a great transition tournament beyond a series of friendlies, the organizers of the League Cup 2022 They gave the championship this opportunity in a very ambitious way, counting on the two most important clubs in Mexico (América and CD Guadalajara) and in Los Angeles (LA Galaxy and LAFC).

It all started last Wednesday, August 3 at the gigantic SoFi Stadium, with a capacity for 70,000 people in their seats. In the early hours, Javier ‘Chicharito’ Hernández’s LA Galaxy defeated Chivas de Guadalajara; Then, from penalties, the Águilas del América were able to defend Mexican pride by beating Carlos Vela’s LAFC on penalties.

In both meetings, one after the other, there was a colorful and cheerful full house, in addition to a record that was known later. While 70,048 spectators entered SoFi Stadium for Super Bowl LVI between the Rams and Bengals, for the first two matches of the Leagues Cup, 71,189 people registeredwhich represents so far the highest number of attendance at the venue.

The Mexican presence was massive at the stadium, which will also be one of the venues for the Canada, United States and Mexico World Cup to be held in 2026. What the two clubs with the most Liga MX championships generated this week that is already ending was impressive.

Despite this, the stadium designed as a multipurpose stadium located in Inglewood does not meet FIFA’s requirements for the World Cup to be played in four years: it must be expanded 19 meters in order to meet the requirements.

Just a year after its inauguration, the SoFi Stadium promises a lot. For its part, the Leagues Cup, which in this edition is played without a trophy in between but with another prize (the champion will go directly to the round of 16 of the Concacaf Champions League), has been successful and its level of collection, with tickets of a maximum of $150, also.