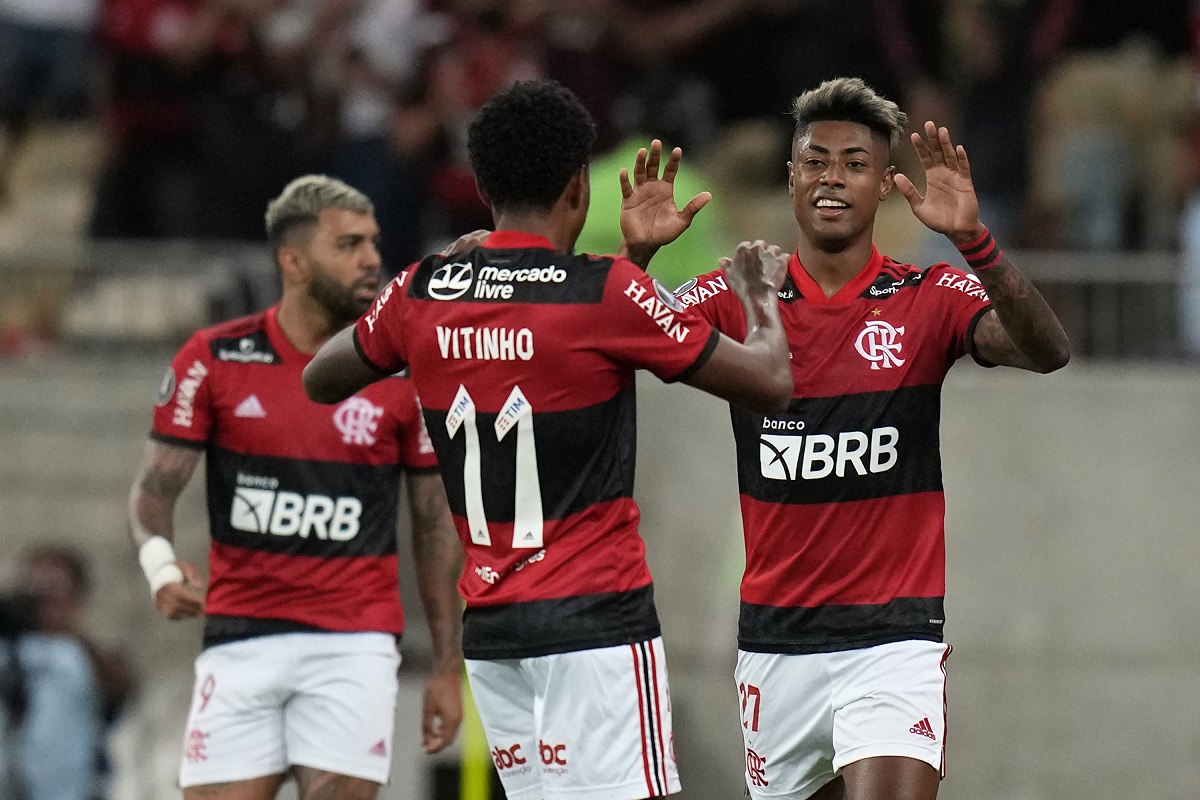 Flamengo, Bragantino, Athlético Paranaense, Atlético Mineiro and Palmeiras, which give Brazil a majority in the semifinals of the Cups Liberators and South American, took important advantages in the round of first leg matches to Barcelona, ​​Olimpia and Peñarol, the three rivals who seek to break that hegemony.

Ecuadorians, Paraguayans and Uruguayans lost their first meeting, although the most difficult situation was suffered by Peñarol, who fell at home.

The Copa Sudamericana lowered the curtain on its first semifinal chapter on Thursday with the victory in Montevideo of the Brazilian ‘Furacao’ (Huracán) Athlético Paranaense over Peñarol by 1-2.

Two goals, one from Chilean just 2 minutes from the opening whistle of Uruguayan Miguel Terans, and a powerful shot from a distance by Pedro Rocha at 15 from the end, sentenced Carbonero, who discounted in the 22nd through the revelation of the tournament, the 20-year-old tip Agustín Álvarez Martínez.

The youth completed 10 goals and established himself as the top scorer in the Sudamericana, a goal that his greatest rival, the Brazilian from Bragantino Artur, will hardly be able to reach, who scored this week and reached 6.

You may also like: Marcos Rojo unleashes barbarism in Brazil: he threatened to throw a fire extinguisher at his rivals after the elimination of Boca Juniors from the Copa Libertadores [Video]

Bragantino dealt a hard blow to the aspirations of Paraguayan Libertad on Wednesday by winning 2-0 at their home stadium, Nabi Abi Chedid, from the city of Braganca Paulista, 87 kilometers from Sao Paulo.

An assist and a great goal from Artur were enough for the Brazilians to derail Argentine Daniel Garnero’s pupils.

The decisive hours for the four teams that are still in the race in the Sudamericana will arrive on September 29 and 30.

On the 29th, Libertad will have the opportunity to seek the comeback in Asunción against a rival who is writing with the boots of their players the best chapter of their incipient international sports history.

And on the 30th, in the southern city of Curitiba, Athletico Paranaense will receive the wounded Peñarol.

In the Copa Libertadores, Ecuadorian Barcelona succumbed on Wednesday night at the Maracaná stadium against Flamengo 2-0, just twenty-four hours after the champion of the previous edition, Palmeiras, gave in Sao Paulo a goalless draw to Atlético Mineiro .

Bruno Henrique added a double to the new display of coach Renato ‘Gaucho’ Portaluppi’s pupils and, although the tournament’s top scorer Gabriel Barbosa ‘Gabigol’ did not score, he left his mark on the match with an assist.

Their leadership remains unthreatened thanks to the ten goals scored since one of their pursuers, with seven, the Atlético Mineiro Hulk forward, wasted on Tuesday the launch of a penalty that could give the victory over Palmeiras.

Bruno Henrique reached four goals in the competition in which Flamengo seeks his third title.

Barcelona was not far from the level of Flamengo because, despite playing from the end of the first half with ten due to the expulsion of Nixon Molina, he managed to unfold in attack and try on goal until he made the figure of goalkeeper Diego Alves.

The distribution of points between Palmeiras and Atlético Mineiro left Portuguese Abel Ferreira’s squad worried, who on September 28 will have to play in the payments of his rival.

But an adverse result of the Mineiro in Belo Horizonte could mark the Hulk.

Results of the first leg matches in the semifinals of Libertadores

Classification of scorers of the Copa Libertadores

Results of the first leg matches in the semifinals of Sudamericana