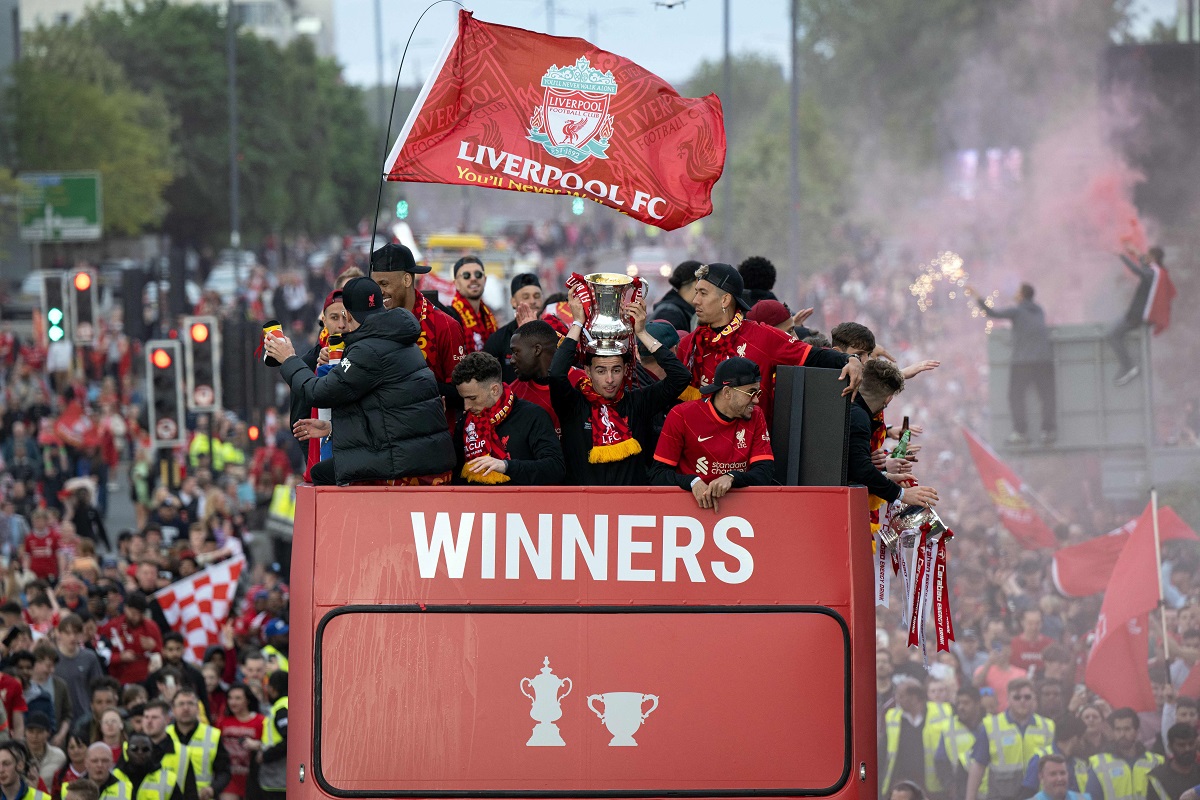 When not even a month has passed since the Champions League final, the match that put an end to last year, the clubs of the five major European Leagues are reinforcing their squads to prepare for the 2022/23 season. And of all the figures, one stands out above the rest: Premier League teams have spent €448.99 million ($474.19 million) on transfers.

No other tournament is capable of matching that amount. They’re not even close. No one can hold the pulse of the English entities, with an economic power that they display after acquiring top names week after week to adorn their championship.

Those 448.99 million euros represent 37.11 percent of the total spending on transfers of all the clubs in the five major leagues. The Italian Serie A, the German Bundesliga, the French Ligue 1 and LaLiga Santander, are far behind that percentage.

There is still time before the market closes to equalize the accounts, but for the moment, the Premier League is sweeping. And, at the current rate, he can approach the 1.3 billion euros he spent last year on transfers.

The liquidity available to the Premier League clubs responds to the income they get from television rights distributed very evenly and to a high percentage of millionaire owners with the ability to promote greater spending.

For this reason, among the ‘top ten’ of most expensive transfers so far this summer, the Premier League clubs contribute six names: Darwin Núñez, from Benfica to Liverpool for 75 million euros; Erling Haaland, from Dortmund to City for 60; Fábio Vieira, from Porto to Arsenal for 35; Nayef Aguerd, from Rennes to West Ham, also for 35; Brenden Aaronson, from Salzburg to Leeds for 32.84; and Diego Carlos, from Sevilla to Aston Villa for 31.

There is hardly room for other flashy signings from other leagues. Of course, at the moment, the most expensive is Aurélien Tchouaméni, for whom Real Madrid has paid $84.49 million dollars to Monaco. Also on the list are Federico Chiesa, who has cost Juventus $42.24 million; Nuno Mendes, for whom PSG paid $40.13 million to Sporting; and Sadio Mané, who left Liverpool for Bayern for $33.80 million.

LaLiga Santander, if it weren’t for Real Madrid’s move, would right now be at the bottom of the list of tournaments that have spent the most this summer. Without those 80 million invested by the white club, the Spanish teams would hardly have spent 61.80 million euros.

Thanks to this disbursement, LaLiga does not occupy the last place. That is for the French Ligue 1 clubs, which have barely spent 110.15 million euros, 9.37 percent of the total. Both in France and in Spain, these numbers can still vary. Clubs like Real Madrid, Barcelona or Paris Saint-Germain could still make big signings.

Meanwhile, the rest of the teams, especially the Spanish ones, move in the market based on acquisitions at zero cost or assignments. It is the most used system within the mandatory Economic Control. Since 2013, a regulatory framework has been approved with the aim of guaranteeing the sustainability of the competition and its own clubs by reviewing the financial situations.

LaLiga establishes a tight financial control that prevents a return to the scenario of economic ruin at the end of the 20th century, where the debts of the clubs to private suppliers and public administrations, including the Treasury and Social Security, put Spanish football on the verge of collapse. In any case, the Spanish clubs have not yet pressed the accelerator and their last-minute signings remain to be known.

Series A rises is expense

The rest of the leagues are also slipstreaming from the Premier League and only Serie A seems to follow suit. Yes, even from afar. In total, Italian clubs have spent 284.388 million euros ($299.94 million), 23.53 percent of the continent’s total transfers..

The expenses have been distributed among many teams. In fact, among the top ten that have invested the most in signings of all the teams in Europe, there is only one Italian, Atalanta, who is the tenth after spending 42 million euros.

Behind, Juventus is eleventh with 40 million euros, Napoli is thirteenth with 36, Sassuolo sixteenth with 28, Hellas Verona twentieth with 20.20. But all are far from the English clubs, which dominate the top positions.

The entity that has spent the most so far is Liverpool. In total, 85.79 million euros have been left for Darwin Núñez, Fabio Carvalho and Calvin Ramsay. Real Madrid is second, with 80 million euros. And, among the top ten, there are four other English teams: Manchester City (60 million euros), Leeds United (57.84), Aston Villa (54.50) and Arsenal (44.86).

For now, the numbers don’t lie. The Premier League takes the cake. Again, his signings flood the market. However, big payouts are not a guaranteed success. You just have to look at the names of the clubs that won European tournaments: Real Madrid lifted the Champions League, Eintracht the Europa League and Roma the Conference League. Money is not synonymous with success.

The clubs that spent the most in millions of euros

You may also be interested in:
– They revealed the unpleasant nickname that the closest family circle of Gerard Piqué had for Shakira
– Gerard Piqué is on vacation with his children and they went to see Rafa Nadal train at Wimbledon [Fotos]
– Kevin Durant to the Portland Trail Blazers? They reveal evidence of a latent transfer from Brooklyn [Foto]