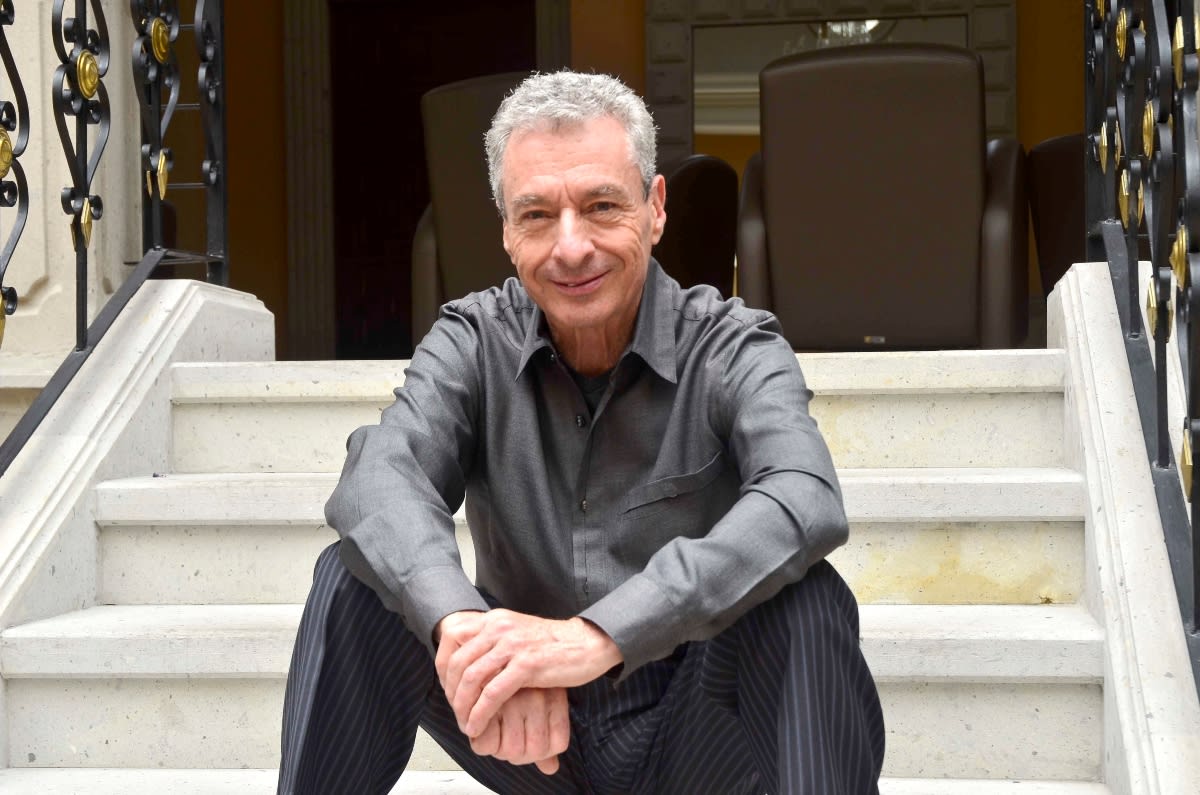 César Costa 80 years old. The famous Mexican actor and singer César Costa surprised all his followers by appearing on social networks in a photo where he looks unrecognizable. It is worth mentioning that the eternal ‘Single Dad’ turned 80 years old this Friday, August 13, and his face surprised everyone.

It was through the Caras México Instagram account where he shared a couple of photographs of the singer, where he looks spectacular. Despite having turned 80, the ‘Single Dad’ surprised his followers by looking quite young in those shared images.

César Costa surprises with his face at 80

“THIS IS HOW CÉSAR COSTA LOOKS AT 80! The singer, conductor and actor, celebrates with great energy, health and very pleased with the career that he has consolidated and the family that he has formed. He opened the doors of his house to reiterate how well he is at 80 and the desire he still has to continue doing things, “they wrote in the post.

Even in an interview that Caras gave him for his birthday celebration, the artist spoke about the great moment he lives at that age and confirms that he does not feel those 80 years old at all, nor does he pretend: “I am the first surprised of Let it be 80 years, because I don’t feel it, ”Costa said.

During the interview, the music icon confesses that he does not feel that he is 80 years old, that he even feels even younger: “In fact, I feel much younger, fortunately I have had very good health and if you ask me how old I am, I would say timeless, because I still have many illusions, many dreams and I feel very productive with life ”.

“Before the pandemic we did 14 National Auditoriums and I still feel very good, I am in very good condition and the least I think about is my age. It doesn’t matter how many years accumulate, but how you feel. I feel the same as always, although perhaps with more experience ”, added the ‘Single Pope’.

The singer César Costa is recognized for starring in Papá Soltero in a series on the Televisa network that premiered on February 11, 1987 and ended on July 6, 1994. He also reveals that César Costa is not his real name, but actually is his stage name

“Yes, my real name is Cesar Roel. My father was a very recognized and serious lawyer, and when I started in the middle, I did not want to burn him. Because being a rocker at that time was seen very differently. They saw us as rebels without a cause. I changed it when I was 17 years old and then I was at the UNAM Law School, ”he said in the interview.

A large number of followers reacted when they saw how the Mexican actor looked in the two photographs shared on social networks, sending their compliments and compliments for this talented artist who has left his mark in the world of Mexican cinema, standing out in different projects not only like actor.

“This is just the result that he has always led a healthy life and not with debauchery sooner or later life takes its toll on you, very well preserving ”,“ He looks like 65 years old ”,“ A handsome, elegant and classy man “,” I see it and I don’t think it looks super well preserved “,” It seems that the years stopped on it “, were some comments.

“In truth, very conserved leading a good life, healthy diet, and no excesses. He really looks 60 years old ”,“ He looks younger ”,“ The man is very well preserved when he is on the coast ”,“ I think they were wrong to be 75, ooo over there it is from the time of Angélica María Enrique Guzmán and Alberto Vázquez ”.

“Well, congratulations. It looks amazing ”,“ God bless it looks very preserved. Don Cesar Costa I remember him a lot as a single dad and in many programs and an excellent singer ”,“ He was always handsome, even if he was short, I loved seeing him in #PapaSoltero ”,“ How well cared he looks. It doesn’t seem 80 ”, the compliments continued.

Previously, another celebrity was partying, Magaby Gray from Pequeños Gigantes turned 21 years old and boasted on social networks her radical transformation, wearing a waistband and even shorter hair, causing great emotion among her followers, who did not hesitate to comment on how beautiful she looked with her new makeover.

It is about little Magaby, who from the first broadcast of this program, was already beginning to talk to the public, however, she is no longer a girl, and when she is already 21 years old, the young promise of music impacted with a radical change of look and with an impressive figure, which has earned him several compliments on social networks.

Magaby Garay makes an impact with her radical change of look

It was through his social networks where Magaby showed off his radical change of look, surprising his more than 122 thousand followers, who were delighted with the beauty that the young woman boasted, to such a degree that even her former colleagues unraveled her in compliments and compliments in the comments.

Through a photograph shared on her official Instagram account, it was possible to observe how the young woman gave the news to her followers about this new look, confessing that without a doubt it had also been a complete madness for her, because it was something that she never believed be able to perform. Filed Under: César Costa 80 years old.

With short and wavy hair

In the image shared on July 1, on the eve of his 21st birthday, Magaby appeared with much shorter hair, which, according to data provided by the portal The stars It was a bob cut, which brushed across the shoulders, making her face look slimmer and more stylized.

At the bottom of the photograph, which already contains more than 6 thousand likes, the Mexican singer confessed that this radical change in look had been completely crazy: “As always, thanks for doing my crazy things, I loved it”, showing us how excited she was. he was with his haircut. Filed Under: César Costa 80 years old.

They react to the radical change of look

Magaby Garay was only 10 years old when she entered the artistic world thanks to this program, which would also catapult her into the acting world, since she was also in various productions of Televisa, such as in the program “Como dice el saying”, however, 10 years after her debut, she made an impact on social networks.

Faced with this radical change of look, many of his followers were quite surprised, however, they admitted that he looked spectacular, among the people who reacted were his former partner Hiroshi, who also played the position of singer in the contest. Filed Under: César Costa 80 years old.

Surprise with his radical change of look on social networks

However, that was not the only occasion where Magaby Garay had an impact with her radical change of look, since on her 21st birthday, she now appeared with her hair a little lighter, since she had several reflections in blonde and yellow colors. coffees, making her hair look much more beautiful.

With this new cut, the young and former participant of the first generation of the Little Giants program showed that she was no longer a girl, but a beautiful and mature woman. Of course Magaby’s career is not over as well, as he has been participating in various productions and making his own music. Filed Under: César Costa 80 years old.