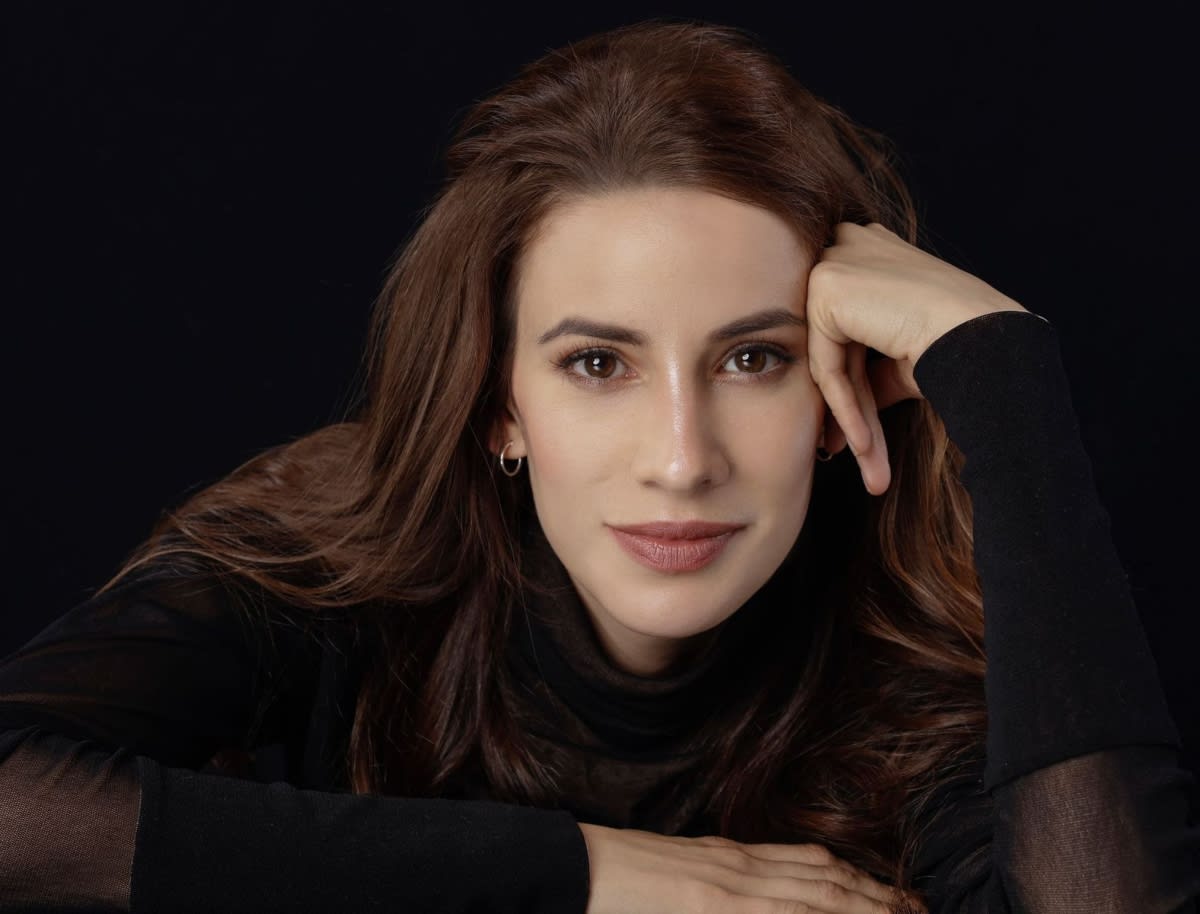 In an inspiring version Contemporary full of romance and passion, and with the imposing panoramic views of the Colombian Coffee Axis, the magic of Hacienda Casablanca returns and the story of Gaviota (Londoño) and Sebastián (Levy); who will have to overcome the resistance of the Vallejo family, the loves of the past and the obstacle of belonging to different worlds and social classes.

Laura Londoño talks about Coffee with a Woman’s Aroma

Renowned Cuban-American actor William Levy returns to Spanish-language television after a seven-year hiatus to play the leading role of “Sebastián”; next to him comes the Colombian actress Laura Londoño, who will give life to the emblematic and endearing role of “Seagull”.

Outgoing, romantic, charming. Of strong character and peasant origin, she did not manage to finish high school since she preferred to leave school and work alongside her mother as a collector. Gaviota has plenty of admirers, but he has never had one that calls him so much attention to have something serious, although he dreams of a prince charming like the ones he sees on television … And he finds him: Sebastián, the most handsome and loving man that she has ever seen, but also the most distant and impossible to love. Now the Colombian speaks exclusively to Mundo Hispánico about her new project.

Laura Londoño telenovela Café .: How do you feel when you see the final result and how did your character progress?

“We are done filming, but I am already watching the air as a spectator with a huge fondness for the project for a number of reasons. And above all because of the result in the audience, all the affection I feel from the people who are watching the novel ”.

“It was a challenge, there were already many people who knew this story and yet some saw it out of curiosity and I love that they tell me I was hooked. It’s super nice for me, I remember when they called me and said ‘would you be interested in being in this new version of Café?’, It was a very nice moment, I felt a lot of gratitude with the channel ”.

Laura Londoño telenovela Café .: Do you think there is a before and after Gaviota?

“Yes, this is a project that has been very special, which undoubtedly did not have as a precedent for something like this. I have learned a lot of things like learning to trust myself when there is so much noise outside. It was a project that generated so many expectations and so much pressure ”.

“They started talking about a second version and already everyone was commenting, without even starting to record. I think that if you focus on that it is easy to get distracted. The good and bad can make you lose that focus of attention for this inner work as an actor. If another character comes I already have this baggage that Gaviota left me in song ”.

Laura Londoño telenovela Café: What happens when you run into colleagues who are not as strict as you?

“When you meet people so different, far from what you want them to be, you cannot expect everyone to approach the work that you do in the same way. If it happened here, but I think I learned a lot from that, it is another way of doing things, at times it is more difficult. You learn how to measure yourself in different ways ”.

“In this cast there is a lot of talent and a lot of judgment, it was super nice, with most of the actors that I used to stand there was always a challenge from one side or the other. I found myself in a similar way of working, which I like, which I understand, but also that rigidity I learn a lot from the other ”.

Laura Londoño telenovela Café .: How did you deal with the gossip of an alleged romance with William Levy?

“When I came from Medellín to Bogotá I was 13 years old, I came from one culture and came to a very different one and what is common in one place is rare in another. It was a giant crash, I did not understand at first what was happening. I understood the blows, one cannot lose his essence because of what others say, the most painful thing will always be to stop being you ”.

“I didn’t even know that there was romance gossip between William and me, I don’t pay that much attention to it. There was an important job to do here, that if I started reading people’s comments, I wasn’t going to be focused on what I had to do. Fortunately, my husband, he does not see what I do ”.

Laura Londoño telenovela Café: Aren’t you nervous about being pregnant for the second time?

“I was idealizing all this motherhood, there were many people who told me ‘get ready Laura’. It is much more wonderful and stronger than what happens, because it is not only cute or easy, it is tremendously hard and difficult. But you stay believing that you are the previous one, it will not respond to you again, it is your turn to deal with a new reality.

The postpartum gave me very hard, I am a strong woman and the pain that I felt while breastfeeding I had never felt. I breastfed for 8 months and I loved him and I enjoyed him, but I did not love him all, my delivery was not easy, this second pregnancy comes to me with a more leisurely happiness, I know what comes then I breathe it more ”.

Is there anything else that bothers you about your husband?

“Fortunately everything has been nice, my first pregnancy I did not feel any discomfort with him, it was more the postpartum in 15 days I did not talk to him, if he spoke to him I wanted to hang him. The poor man didn’t even know what to do, I managed to see Santiago sleeping next to me snoring. The next day his friends asked him how he was and he said ‘very late night’, he didn’t know which was worse if seeing him sleep or hearing him say that ”.

“The truth is that right now in the pregnancy everything is fine, everything is calm, I think that if it is useful to know a lot, there is a lot of ignorance about motherhood, it is a knowledge that previously passed from generation to generation, but now that communication that it is vital ”. Filed Under: Laura Londoño telenovela Café.

“This is a wonderful brand that emerged in the pandemic, it was a moment of reflection. A brand called “Almost Virgin” emerged, it is a brand of sexual well-being. It is something that has interested me a lot, it is closely related to food, to exercise, but there is not much talk about sexuality about how to be really well ”.

“Sexuality often seems like an isolated thing, there are people who believe that they can live without this, as if they have cut it off, as if it were from another world or belonged to another place. We have a basic need and sexuality is one, they have taught us to see it as something ugly, but I feel that it is something sacred ”. Filed Under: Laura Londoño telenovela Café.

Have you always been very open about sexuality issues?

“You grow, you become empowered and you learn, just like Gaviota it is up to all women to continue opening paths for the other women around us, we all have different tools to do so. It seems to me that it is a responsibility between all of us to support each other ”.

“I have always been a woman with free thought, however when the brand came out, the first thing I thought was that I don’t want to be the spokesperson for Almost Virgen. I want to procreate this brand because I like that it has my DNA, but that the image is someone else, and I realized that that came out of my fears ”. Filed Under: Laura Londoño telenovela Café.

What do you feel now that you look back?

“Sometimes the road takes many turns, the most important thing is to always listen to ourselves, and the tendency in social networks is to be focused on the outside, that is the mistake because when we stop listening to each other we lose the call of our life, all of us We have different qualities and when I want those of so-and-so I am ceasing to recognize mine “

“When I look back I have realized that I have been learning. It has taken me time to know and strengthen that inner voice and the more I listen to it, the more it speaks to me and tells me where I have to go ”. Filed Under: Laura Londoño telenovela Café.