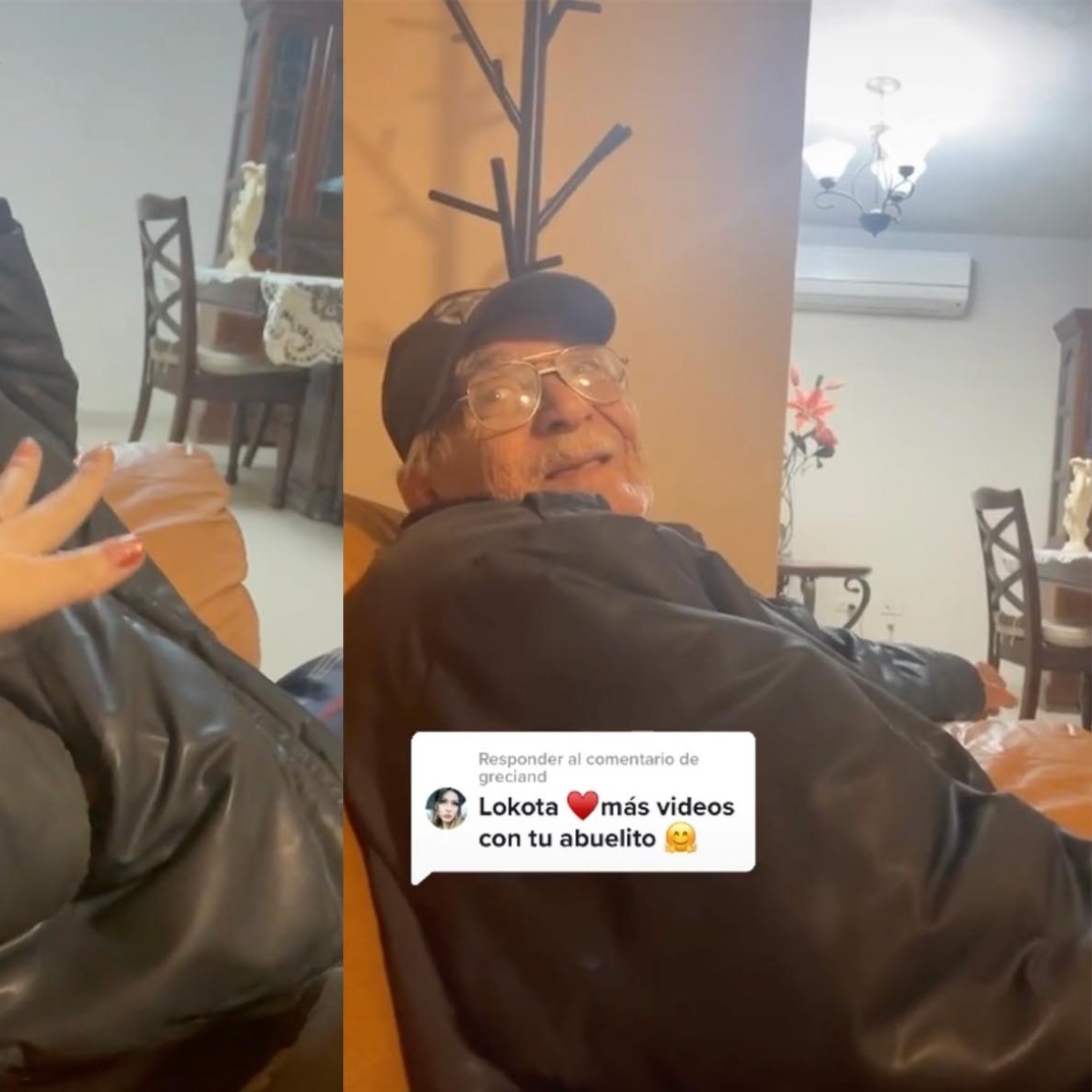 A Tiktok user shared the moment in which she tells her grandfather that she is engaged, but her response surprised her and also the users of the social network, since the advice of a grandfather to his granddaughter who is getting married is “Have children and get divorced.”

It turns out that the grandfather advises him to have one or 2 children, then get divorced, this raised a question among users “Is it the secret of happiness?”.

Although hundreds of videos of elderly people have gone viral, such as grandparents who called their granddaughters fat and forbid them to see them, this grandfather surprised with his marriage advice.

Advice from a grandfather to his granddaughter who is getting married

Maryjose Cota, 23, told her grandfather that her boyfriend had asked her to marry him and that she would marry him, so the girl made a video showing him the engagement ring that was on her finger.

But thanks to his grandfather’s response, the clip went viral and not for nothing, as the drastic advice on marriage left many surprised.

“Grandpa, I hadn’t even told you, Alex proposed to me,” he said.

With a somewhat incredulous look, the grandfather “gave the go-ahead” to his granddaughter that he is getting married and went on to say:

“Well, get married, crazy. So that you have one or two children and then you divorce the hell out of it”, said the grandfather.

At that moment the girl could not help but laugh out loud at the “voice of experience” since a grandfather’s advice to his granddaughter who is getting married was surprising. But then the comments on TikTok broke loose.

After the advice of a grandfather to his granddaughter who is getting married, TikTok users commented that grandfather’s advice is “worth gold”.

But the grandfather’s phrase also aroused interest, especially to learn more about the man’s personality, so the young woman shared a new video where she asks her grandfather to give his opinion on her new hair color.

However, the advice of a grandfather to his granddaughter who is getting married has been etched in the minds of many.