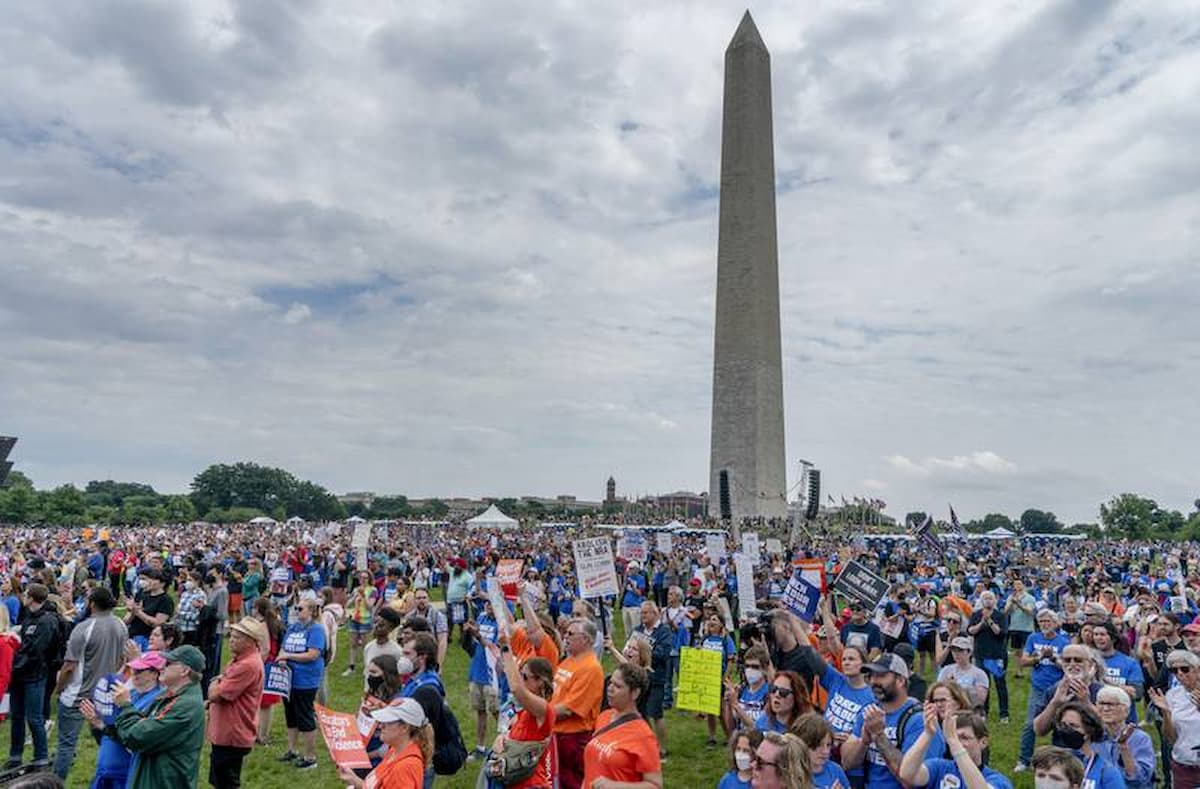 The draft of a bipartisan agreement in the U.S. Senate to curb gun violence does not include measures for sweeping change to ban the most lethal guns. Still, it does propose several provisions to make it more difficult for some young buyers and people considered a threat to own them.

And there are significant proposals to address mental health and school safety issues. All of this reflects the pressure felt by both parties in an election year to act after mass shootings in May that left ten dead in Buffalo, New York, and 21 more in Uvalde, Texas.

The plan’s details remain under negotiation between Democrats and Republicans, with disagreements over how rigorous the initiatives should be. That means the strength of the proposal – and which parts will survive – remain unclear as it is translated into law.

Here’s what’s in and out of the deal:

Strengthening, albeit limited, of background checks.

When a person between 18 and 20 attempts to purchase firearms, the required federal background check would, for the first time, include juvenile criminal and mental health records.

The current three-day maximum time limit would be extended to seven more days, according to advisers with knowledge of the talks, to give state and local authorities time to gather the information. Once the ten days have elapsed, the buyer can obtain the gun even if the background search is incomplete.

Those in the firearms business are required to obtain federal licenses for firearms and must conduct background checks. Negotiators want the rule to cover more people who occasionally sell guns without having a formal business.

The plan calls for grants to help states implement or enact “red flag” laws that allow authorities to temporarily obtain court orders to remove guns from people deemed dangerous. Nineteen states and the District of Columbia already have such statutes, but some lack the funds to enforce them vigorously.

In addition, penalties will be toughened for straw purchasers, i.e., those who buy guns for others who do not qualify. More partners or ex-partners convicted of domestic abuse or for whom their victims have requested a restraining order will be prohibited from obtaining weapons. This now applies if the partner was married, lived together, or had children in common.

Including tougher restrictions against straw men and separated couples was a surprise since Republicans had blocked them previously.

According to Democrats, billions of dollars would be available to expand mental health initiatives. It would allow funding for more community mental health centers, bolster suicide prevention and violence intervention programs, and increase access to remote mental health consultations.

Democrats whose constituents are clearly in favor of gun restrictions want the new law to be as strict as possible. Republicans want nothing that will turn their voters, who are fervent gun supporters, against them.

This translates into tough negotiations around the fine print of the legislation.

How strict will the new definition of which sellers need federal firearms licenses to be? Will there be limits around which juvenile records could be queried during background checks for younger buyers?

What requirements would states have to meet to qualify for “red flag” funds? What legal protections would people have if authorities deem them too dangerous to own firearms?

How much money will this initiative cost? No one has said, but people familiar with the discussions say it could hover around $15 billion. And how will it be paid for?

One of the initiative’s boosters, Connecticut Democratic Sen. Chris Murphy, told reporters Monday that negotiators plan to pay for the cost with spending reductions or new revenue. The latter could be a stumbling block for Republicans.

The hope is that the package can be drafted and passed before Congress begins its July 4 recess.

President Joe Biden has proposed reviving the 1994 assault weapons ban, which expired after a decade or raising the minimum age for purchase from 18 to 21. He wants to ban high-capacity magazines.

The president would also repeal the legal immunity that protects gun manufacturers. In addition, he calls for safe storage requirements and a federal “red flag” law covering states that lack one.

None of these measures were included in the bill, nor were universal background checks. Biden supports the initiative anyway in the name of a compromise that would produce results.

Ten senators from each party joined in announcing the proposal and their endorsement. Those numbers are no coincidence.

They indicate potentially enough support for passage in the Senate, where Democrats need at least 10 GOP votes to reach the usual 60-vote threshold.

Its passage in the House of Representatives, where Democrats hold a majority, is a given, although complications could always arise.

Another negotiator, Connecticut Democratic Sen. Richard Blumenthal, said he expects Republicans to see that “the gun lobby is weaker than they think.” But some indications passing future restrictions will be a challenge.

This spate of measures is the most significant in Congress since the now-defunct assault weapons ban was enacted three decades ago. It underscores how durable consolidated positions can be.