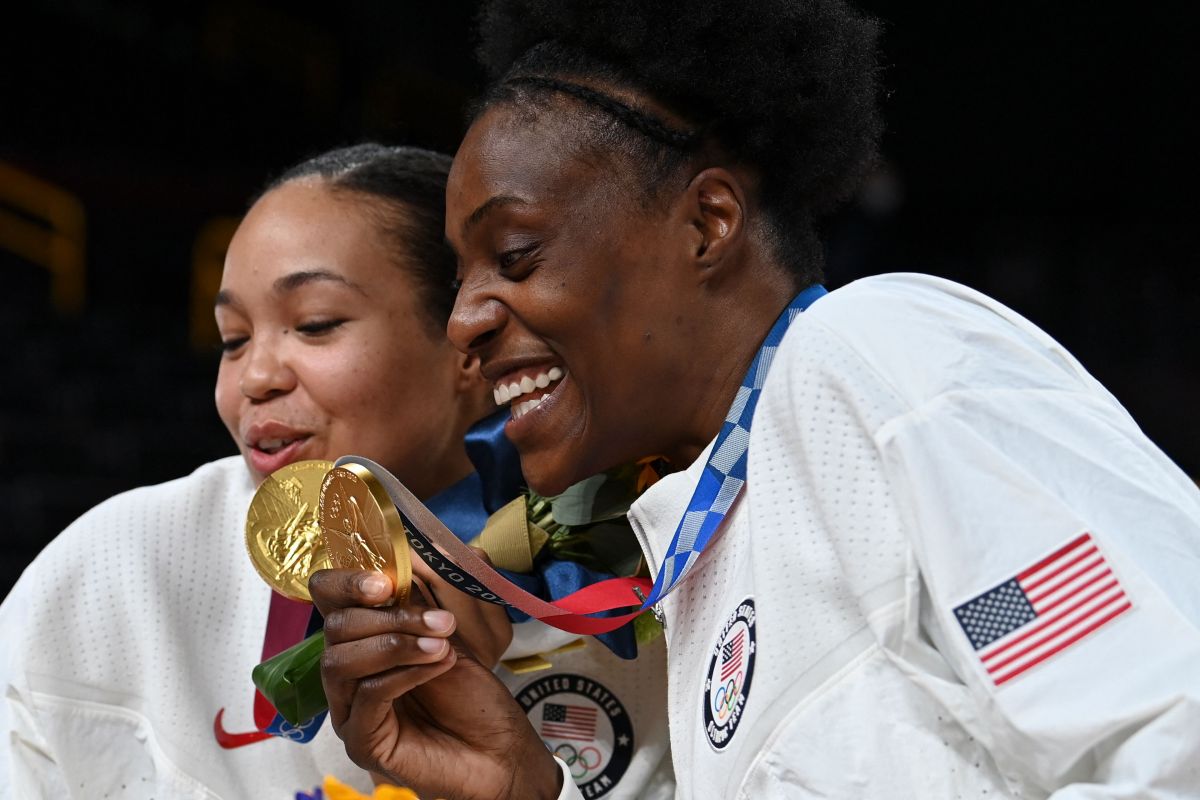 The medal table of the Tokyo Olympics was once again dominated by powerful countries like the United States, which topped the list. But what would a medal table look like if the population and wealth of each country were taken into account?

When it comes to counting the medals won, there is always a strong sense of deja vu. Every four years, the same small group of countries monopolize medal after medal – the United States, China, Russia – and in Tokyo 2020 there was no difference.

The United States took a total of 113 medals, including 39 gold, more than any other country.

So what is it that allows countries like the US to dominate the event, while others lag behind? Some economists and data hobbyists have a couple of theories.

“By the standards, it remains loud and clear that what matters is population, income level and political system,” says David Forrest, an economist at the University of Liverpool who researches Olympic forecasts.

Population size influencessays Forrest, because the larger the selection of athletes available, the more likely a country is to produce real competitors.

“It is clear that very few people who are born have the potential to become a world-class athlete,” he says.

Some countries perform beyond their capabilities, given the size of their populations. The BBC developed an alternative ranking system, in which it analyzes the medals won by every million people.

In this scenario, the small nation of San Marino, which has just over 33,000 residents, tops the list, although it only won three medals in Tokyo. The US didn’t even make the top 20, ranking 60th.

But the population in itself is not enough to guarantee that a country sweeps with the places on the podium.

“If a country is very poor, it will not have the resources to turn that potential into a real competitive capacity on a world stage,” says Forrest.

“First of all they have to have the ability to participate. For example, they might have great natural swimming skills that are waiting to be developed – but they really wouldn’t have a single pool. “

When poor countries win, they generally tend to win in low-cost sportsAs wrestling, he points out, while rich countries do much better in expensive sports like equestrianism and sailing.

When the average national income per capita is taken into account, China and Russia (second and third in total medals) fared better than the US According to these alternative rankings, China ranks first, Russia second, with Kenya coming in third.

The United States, normally the top dog, would be relegated to 15th place.

There are also cultural and political factors. David Forrest notes that countries that were formerly part of the Soviet Union tend to have advantages, for the solid sports infrastructure established by the former communist governments.

Commonwealth countries also tend to perform better than expected compared to their size and wealth. Forrest thinks that’s because Britain was a pioneer in the development of sport as we know him today, and he carried that enthusiasm for athletic competition around the world.

Australia, which many times manages to position itself in the top ten of the medal table, is an excellent example of this.

The sports that a country chooses to play at a competitive level are equally important.

In India, cricket is the national sport, but it is not played in the Olympics. However, India also stands out in field hockey, which is an Olympic discipline, but this sport only awards two medals, one for the men’s team and one for the women’s team. By contrast, sports in which individuals compete, such as gymnastics, swimming, and track and field, can be a source of individual medals per athlete.

“Generally speaking, it doesn’t do much good for you to be interested in team sports,” says Forrest.

Simon Gleave, director of sports analysis at data company Nielsen Gracenote, says that it is these myriad factors that make predicting the Olympic medal table difficult. If variables such as population and GDP per capita are applied, some of the highest performing countries tend to be underestimated.

Historical performance, he notes, is a better predictor of who will do well – but it is still only a very rough estimate.

“What you don’t detect are countries that are improving rapidly or declining rapidly, and I think that’s the interesting part of all this,” he tells the BBC.

In order to better evaluate Olympic winners, Gleave takes into account not only past athletic performance, but how each country has fared in other international sports competitions since the last Olympic Games.

With that in mind, he predicted that India would have the best performance in its history this year, which it did, ranking 33rd in total medals won. That broke the previous record from 2008 when he ranked 51st.