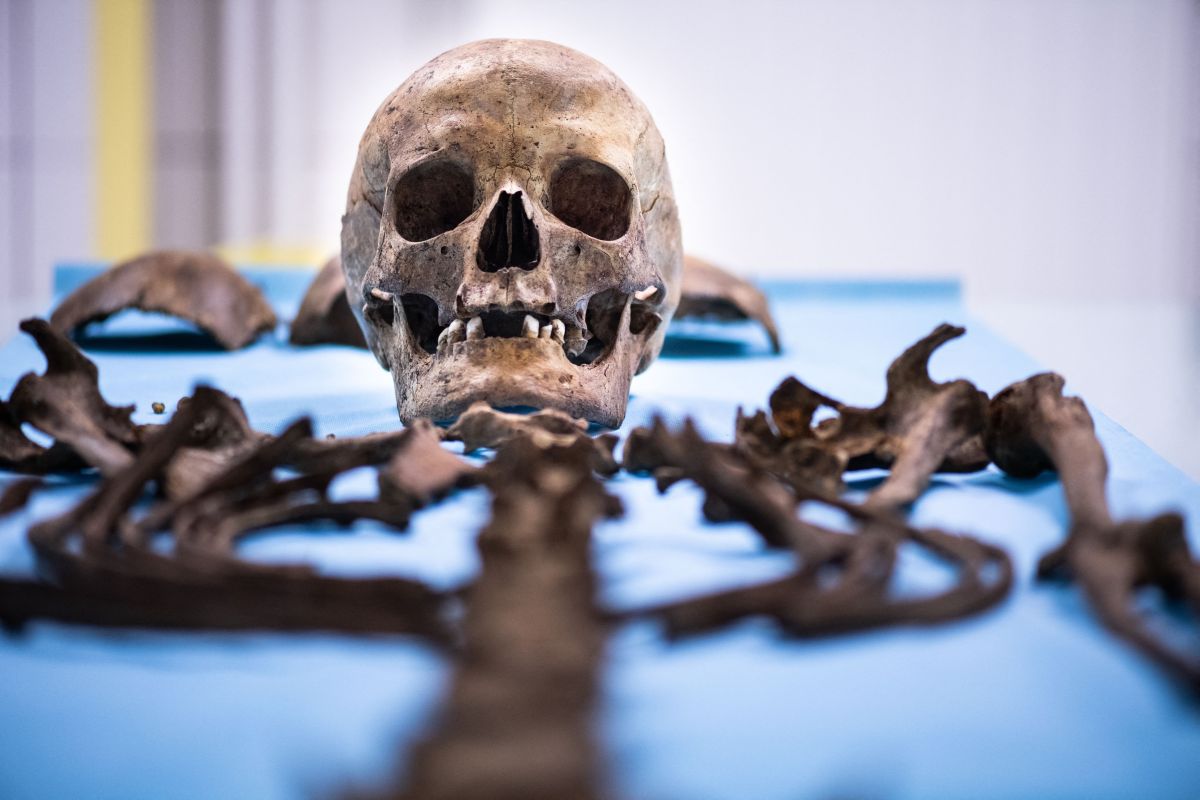 On May 21, 2000, The bones of President James Garfield’s spine went on display for the last day at the National Museum of Health and Medicine in Washington, DC. The exhibit featured medical oddities from the museum’s archives.

the british medical journal The Lancet published a story about the exhibit in May 2000. Among many other medical curiosities, the exhibit featured President Garfield’s spine that it showed exactly where one out of two of the assassin’s bullets had passed on July 2, 1881. The first bullet grazed Garfield’s arm, the second bullet lodged under his pancreas.

Alexander Graham Bell, one of Garfield’s doctors at the time, attempted to use an earlier version of a metal detector to find the second bullet, but failed.

Historical accounts vary slightly as to the exact cause of Garfield’s death. Doctors may have given you treatments that hastened your death, including the administration of quinine, morphine, brandy and calomel; he was also fed through the rectum.

Others insist that Garfield died of an advanced case of heart disease that exacerbated the trauma of the shooting. Autopsy reports described how pressure from the festering pancreatic wound created a fatal aneurysm.

Regardless, Garfield succumbed to complications from his injuries 80 days after being shot.

Garfield’s spine isn’t the only presidential body part that has been the subject of interest at the National Museum of Health and Medicine. The museum also owns some of Lincoln’s skull fragments and President Eisenhower’s gallstones..

A museum in Philadelphia, Pennsylvania, preserves a tumor removed from President Grover Cleveland. John F. Kennedy’s brain, which was removed during his autopsy after his assassination in 1963, disappeared and has never been found.