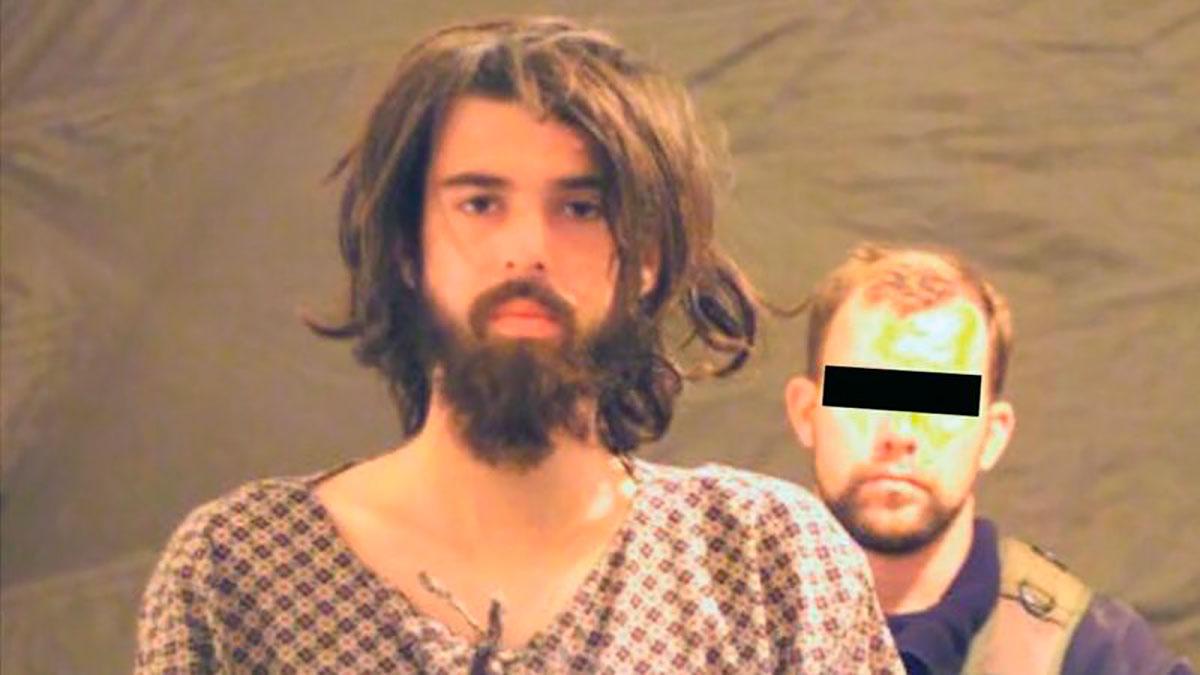 John Walker Lindh grew up in a middle-class Catholic family in the town of Mill Valley, north of San Francisco. However, it is known worldwide as the “American Taliban.”

Lindh was the first detainee with US citizenship after the start of the so-called “war on terrorism” announced by President George W. Bush after the attacks of September 11, 2001.

His capture in Pakistan, where he was part of a military unit in which there were 75 foreigners fighting in the ranks of the Taliban, caused a stir and the images of that apparently disoriented bearded young man went around the world.

“I plead guilty. I served as a soldier to the Taliban last year from August to December. As I did so, I carried a rifle and two grenades. I did it voluntarily and knowing it was illegal, ”Lindh said in July 2002, following an agreement with the Prosecutor’s Office that allowed him to avoid life imprisonment and instead be sentenced to 20 years in prison.

But how did this young Californian become a jihadist and train in military camps financed by Osama bin Laden?

Despite his Catholic upbringing, Lindh began to be drawn to Islam in his early teens.

According to his father, Frank Lindh, the young man was very impressed when at age 12 he saw in the movie Malcolm X, from Spike Lee, the images of the pilgrims who came to Mecca.

From there, he began a search process that years later would culminate in his becoming a Muslim.

“He was at a crossroads at the time. He wasn’t sure where to go in this world. It seemed that Islam and religion were a way for me to achieve spiritual realization, ”said Abdullah Nana, an imam of the Mill Valley Islamic Center, in an interview with the BBC in 2011.

Nana explained that the young man approached that institution and that shortly after he converted to islam and decided to learn Arabic and memorize the Koran.

Thus, at the age of 17, Lindh obtained permission from her parents to travel to Yemen to study Arabic.

He then returned to California, where he stayed for a few months before deciding to return to Yemen. From there his father wrote to ask if he could go to Pakistan to continue his studies.

“I trust your judgment and hope you have a wonderful adventureHis father replied back.

In Pakistan, Lindh enrolled in a religious school in the town of Bannu, in the North West Frontier province, where his position apparently became more radical.

Unbeknownst to her parents, in June 2001 Lindh decided to cross into Afghanistan.

With the help of a militant group, There he received two months of military training at the al-Farouq training camp which was financed by Osama bin Laden..

During that summer, he met twice with the al Qaeda leader, although according to his father the young man had nothing to do with terrorism.

“He was one of thousands of young Muslims who over the years offered their services in Afghanistan against Russian-backed warlords” (of the Northern Alliance), Frank Lindh told the BBC in an interview. in 2011.

However, Michael Chertoff, who was assistant attorney general during the Lindh trial, did not believe the young man was so clearly detached from terrorism.

“He went to fight for a regime that was hostile to the United States and that he supported the 9/11 attacks. It’s not exactly treason, but I would say that it is a close cousin to treason, “Chertoff told the BBC in 2011.

The first charges brought against Lindh indicated that al Qaeda proposed to carry out an attack against the United States or Israel but that the young man refused.

In early September 2001, Lindh was part of a 75-strong non-Afghan military unit in the Tahar region of the northeast of the country.

That’s when everything changed.

After the 9/11 attacks, the United States decided to invade Afghanistan and overthrow the Taliban regime.

In a matter of weeks the bombing of the country began and Lindh’s unit was forced to retreat, walking through the desert to Kunnduz, where they surrendered to the Northern Alliance.

They were transferred to the Qala-i-Jangi fortress outside Mazar-e Sarif, which was controlled by General Abdul Rashid Dostum, an Afghan warlord.

There would take place one of the bloodiest battles of the war in Afghanistan, which began with an uprising of the Taliban prisoners and ended with the death of hundreds of them, as well as one of the CIA agents who were attending the Northern Alliance against the Taliban regime.

Lindh was wounded in the leg and took refuge with many other survivors in a basement.

According to their account of the events, while they were there, Dostum’s forces threw grenades through the air ducts and pumped icy water to try to drown them. Many more prisoners died.

With shrapnel wounds and suffering from hypothermia, Lindh made it to the surface and on December 1, 2001, he was taken into the custody of US forces.

Shortly after, the news of his arrest would go around the world and he would become known as the “American Taliban.”

It would also be then when, after seven months without hearing from him, his parents would recognize his image on the news.

Lindh was taken to Camp Rhino, a US base located about 190 kilometers southwest of Kandahar. There, according to his father’s account, “they left him in a completely naked metal container for two days during his nights in the Afghan desert” and without having treated his wounds.

Meanwhile, in the United States, what her mother, Marilyn Walker, described as an unstoppable “tide” of negative media coverage had risen.

Attorney General John Ashcroft described Lindh as “a terrorist trained by tol Qaeda who conspired with the Taliban to kill his fellow citizens“.

“That image was etched in people’s minds when they were heartbroken and grieving after 9/11,” Frank Lindh told the BBC.

In that context, it might seem almost a miracle that Lindh was able to avoid the life imprisonment anticipated by the initial prosecution charges.

But, apparently, what favored him were images that were taken after his arrest and that showed the treatment he received from the US forces.

Those photographs – some of which illustrate this note – have just seen the light of day in the recently published book First Casualty: The Untold Story of the CIA Mission to Avenge 9/11, written by Toby Harnden, which tells the story of the first CIA mission in Afghanistan after 9/11 and how Lindh was captured.

From jail to parole

According to Harnden’s account, reported by the British newspaper Daily MailThe first US agents in Afghanistan referred to Lindh as the “Irishman” because, although he refused to speak to them, another prisoner had told them that he claimed to come from that country.

It would not have been until after the failed Qala-i Jangim uprising that Lindh told a doctor that he was American.

After that revelation, the “American Taliban” was born and Lindh became a trophy of sorts for US agents.

So when he was being transferred from Mazar-e Sarif to Camp Rhino, a team of American agents decided to blindfold him – on top of which they put an adhesive tape with the inscription shithead (fool)- and have a picture taken by your side.

That image, along with many others that allegedly show the mistreatment he was subjected to, was compiled by Lindh’s lawyers before the trial and has now been published in Harnden’s book.

Other photos taken at Camp Rhino show Lindh naked on a stretcher, blindfolded and handcuffed.

Lindh’s defense used that set of images to allege that the young man had suffered ill-treatment and to request that the statements he had made during interrogations at Camp Rhino be dismissed as having been made under pressure.

According to Harnden’s book, there Lindh would have confessed to the FBI that during the summer he had found out on a database tol Qaeda who had sent suicide bombers to the United States (Those who carried out the 9/11 attacks).

These elements, however, were left aside when Lindh reached an agreement with the Prosecutor’s Office that forced her to plead guilty to only two charges – which would carry a 20-year prison sentence – and to waive any type of complaint for abuse. or mistreatment of the US agents who took him into custody.

Although at the time of his sentencing in October 2002, Lindh claimed that he condemned “terrorism at every level, unequivocally” and that he had been wrong to join the Taliban, press reports published in recent years indicate that apparently he was still embracing radical postures.

This was an element that caused controversy in 2019, when after 17 years in prison it was learned that Lindh would receive the benefit of parole.

In mid-May 2019, Lindh was released from prison, although with some restrictions such as a ban on connecting to the internet and a travel ban.

It is not known where he currently resides.