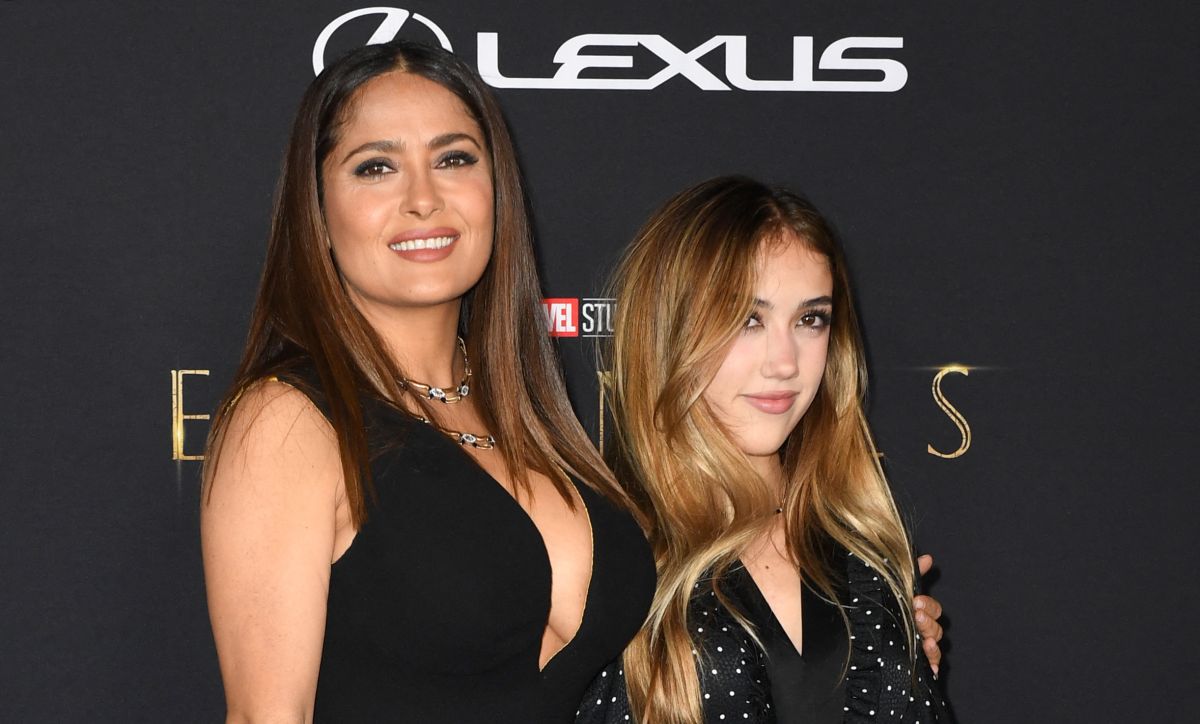 The followers of Salma Hayek are used to seeing in some of their Instagram posts a the 14-year-old daughter he has with French businessman Francois-Henri Pinault, but the teenager rarely makes public appearances related to her parents’ work in the world of cinema and fashion.

However, this Monday, October 19, Valentina made an exception to her policy of discretion to accompany his famous mother to the world premiere of the new Marvel movie, ‘Eternals’, in which she will play ‘Ajak’, a superheroine.

Despite the great expectations generated by the film’s premiere, the decision of Salma attending accompanied by her daughter caused a media stir, since it was verified how much the young woman has grown and the great resemblance she has with the Mexican actress.

The last time Valentina stepped on a red carpet was three years ago.

Of course, the two opted for designs of the brands that belong to the conglomerate of companies Kering, owned by Hayek’s husband, it being the same who stole the glances of the cameramen, since the dress in which she walked the red carpet at the Dolby Theater in Hollywood had a spectacular neckline and some golden touches that she accompanied with two sparkling necklaces.

Valentina, for her part, wore a more casual mini dress from Saint Laurent with gold polka dots, which she combined with black stockings and lace-up boots that added a rocky touch to the whole outfit.

Being one of the heiresses of an important fashion empire together with her three stepbrothers, the result of other Pinault relationships, it is expected that Valentina to become a style icon and, for the moment, he is on the right track.

‘Eternals’ to hit theaters on November 5 and features an exciting new team of superheroes in the Marvel Cinematic Universe, ancient aliens who have been living on Earth in secret for thousands of years.

KEEP READING: Photos: this was the premiere of the cast of “Eternals” from Marvel Studios held at the Dolby Theater in Los Angeles