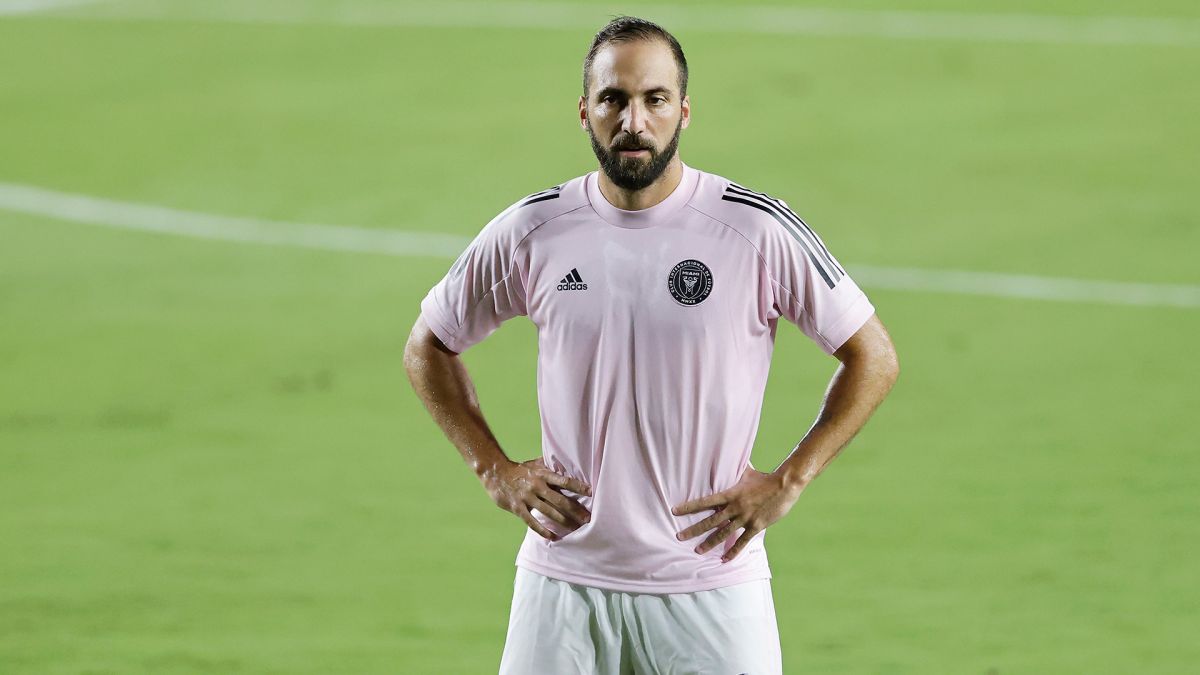 
Called to be the figure and franchise player of the nascent Inter Miami club of the MLS, the Argentine Gonzalo Higuaín has disappointed with his performance the last two seasons.

The team from the East Coast of the United States has not been able to transcend or be noticed in North American football despite having “Pipita” leading the attack.

The former of Real Madrid, Napoli and Juventus, among others, you know that your performance has not been as expected for what the board of directors chaired by David Beckham aspires to, so he did not hide his rejection of what he has given the club and was radically self-critical at his last press conference.

Higuaín was committed not only to his performance but also to that of the rest of his teammates. He assures that his mind is focused on qualifying for the playoffs.

“This year I’m going to be a bit of a bastard, in the sense that if I break my fret I want the others too”

Gonzalo He accepted that at 34 years old he is not in the best physical shape (many analysts have criticized that he has not controlled his overweight), however he assures that he is more in tune both externally and internally, the mind.

“Last year, not being 100%, I was able to score 12 goals and 10 assists, this year I think that with a focused head I can improve the numbers and help the team qualify for the Playoffs. I feel better physically, I am free of the head. I have very good feelings that he is going to have a great year”.

In addition to the French Blaise Matuidi, the Argentine Gonzalo Higuaín is the most experienced player in elite football present at Inter, as evidenced by his track record: up to 14 titles adorn his hall of medals.

But what the striker was most criticized for last season was his lack of leadership on the field, despite the fact that the coaching staff and players delegated the weight of being the captain to him.

This aspect was not left out in the talk he had with journalists this Tuesday, January 18, and he remarked that he is a leader “more of facts” and not of “many words”, making clear the hunger he has as the tournament begins. MLS to redeem himself with the ever-expanding Inter Miami fan base.

“We are back and we are going for everything”: Javier “Chicharito” Hernández has the MLS title with LA Galaxy between his eyebrows