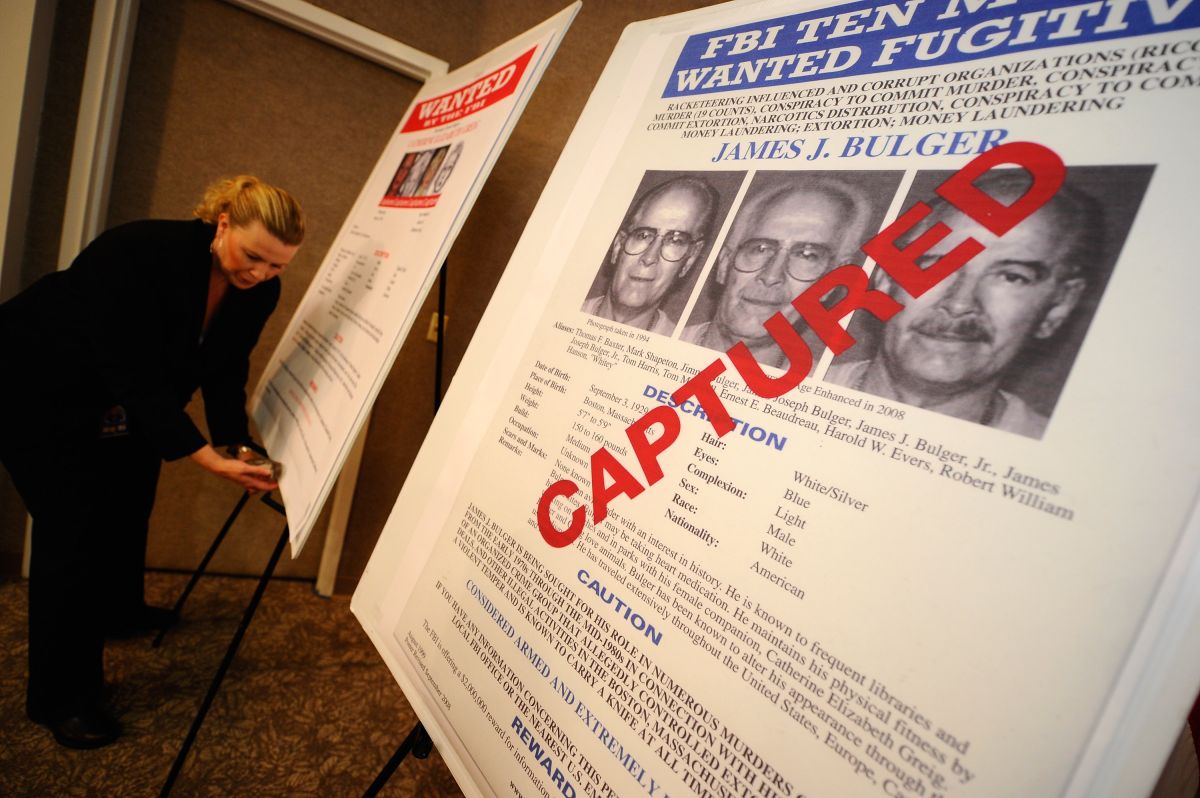 James ‘Whitey’ Bulger81, one of the FBI’s “Ten Most Wanted” fugitives, was arrested with his longtime partner, Catherine Greig, 60, who fled Massachusetts with the gangster in late 1994, shortly before that he was to be murdered and indicted on federal criminal charges.

At the time of his arrest in 2011there was a $2 million reward for information leading to Bulger’s capturethe largest amount ever offered by the agency for a domestic fugitive.

Born in Massachusetts in 1929 and raised in a South Boston housing project, Bulger, who earned his childhood nickname for his light blond hair, served time in federal prison in the 1950s and early 1960s. for bank robbery.

Later, returned to Boston, where he eventually built an organized crime empire with partner Stephen Flemmi.

At the time the two men were involved in drug dealing, extortion, murder and other illegal activities, they had been serving, since the mid-1970s, as informants for the FBI, providing information on rival mobsters in exchange for money. protection from prosecution.

After a rogue FBI agent tipped off Bulger that he would soon be arrested on racketeering charges, Bulger disappeared in December 1994.

John Connolly, the agent who tipped off Bulger, was later convicted on charges of racketeering, obstruction of justice and second-degree murder.

Despite an international manhunt, Bulger eluded authorities for more than a decade and a half. Then, on June 20, 2011, the FBI employed a new tactic by airing a public service announcement focused on Greig, Bulger’s partner.

The ad, which aired in US cities where the mobster is believed to have once lived or had contacts, was aimed at female viewers who might have seen Greig, who underwent a variety of cosmetic surgeries, in a beauty salon or doctor’s office.

Based on the information they received, FBI agents found weapons, fake IDs and more than $800,000 hidden in Bulger’s apartment. He later revealed to them that during his years on the run he had frequently traveled to places like Boston, Mexico, and Las Vegas, armed and sometimes in disguise.

After their arrest, Bulger and Greig were returned to Boston. In June 2012, as part of a plea deal, Greig was sentenced to eight years in prison for helping Bulger stay hidden..

The following summer, Bulger went to trial and on August 12, 2013 was convicted in federal court in Boston on 31 of the 32 counts against himincluding involvement in 11 murders and other criminal acts.

On November 14, 2013, a federal judge sentenced Bulger to two life terms plus five years.. He died while incarcerated on October 30, 2018.