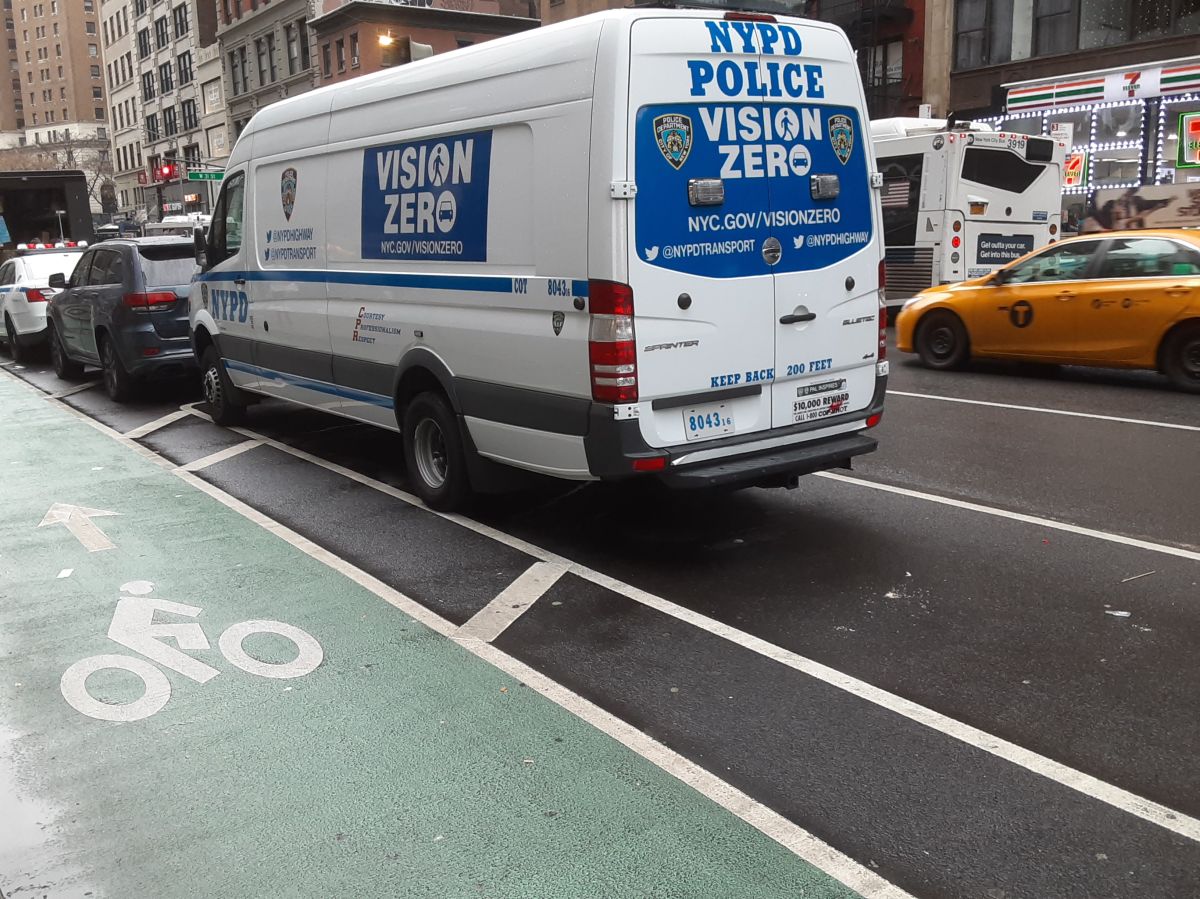 Although the outgoing Mayor Bill de Blasio affirmed throughout his mandate that began in 2014 that road safety was one of his top priorities, the numbers show just the opposite, especially the last three years.

In particular this 2021 has seen more traffic fatalities than any other year In his two terms, according to statistics from the Department of Transportation (DOT-NYC): as of December 26, 266 people they had perished in car accidents on the streets of NYC. This includes 120 pedestrians, 19 cyclists, 50 motorcyclists, 61 occupants of motorized vehicles, as well as 14 users of other devices such as electric scooters. New York Post.

The previous record was 293 deaths in 2013, Mayor Michael Bloomberg’s final year. De Blasio’s 10% reduction in traffic fatalities over the course of eight years is a far cry from the zero deaths he projected for 2024 as part of his signature program. “Vision Zero” (Vision Zero), which lowered speed limits in America’s largest city.

Trends have moved in the wrong direction in all categories compared to 2018, when the mayor’s office claimed the merit of having lowered deaths from traffic accidents.

City officials point to a number of possible sources for the continued increase in 2021. Two-thirds of motorcycle victims were unlicensed, while crashes and getaways nearly doubled compared to the past three years, DOT spokesman Vin Barone said.

Three-fifths of pedestrian fatal crashes involved drivers who fled the scene, lacked a valid license or had prior convictions or license suspensions, Barone added.

Representatives of the de Blasio government said the responsibility does not lie solely with the city, and pointed to the mayor’s repeated calls during the pandemic for the state to allow the speed cameras operate 24 hours a day as evidence of your continued commitment to eliminate traffic fatalities. Currently, the cameras are only active from 6 a.m. to 10 p.m.

Mayor-elect Adams has already sounded more ambitious than his predecessor when it comes to redesigning the streets, and in the election campaign he promised to add 300 miles of new protected lanes.

“The last three years have seen an increase in traffic violence,” summarized Danny Harris, executive director of the road safety advocacy group Transportation Alternatives. “While the mayor was quick to blame COVID or (the governorate in) Albany or several others, he is responsible for our streets. And we had 1,855 people who were killed under the watchful eye of this mayor on our streets ”since 2014. The list includes at least nine people who died in school bus accidents.

In 2020, 275 people – including 123 pedestrians – were killed in road crashes as New York police enforcement of traffic laws fell, recognized the City Council in a report published in September.

With fewer cars on the asphalt during the pandemic, the streets of NYC became a terrain of speeding and recklessness, according to statistics from another 2021 report from the Manhattan Institute. In addition, Extended outdoor restaurants in the name of social distancing they have generated more improvisation in the already narrow spaces shared with pedestrians, riders, garbage bags and vehicles.

But cars are not the only threat: actress Lisa Banes died in June after being struck by a scooter. Also since the pandemic there are more riders – delivery men and walkers – in the streets, who go up to the sidewalks and disrespect the traffic lights and the direction of the roads, surprising pedestrians. And the rental and purchase of motorcycles and bicycles not always legal has been experiencing a boom in the city for a long time.