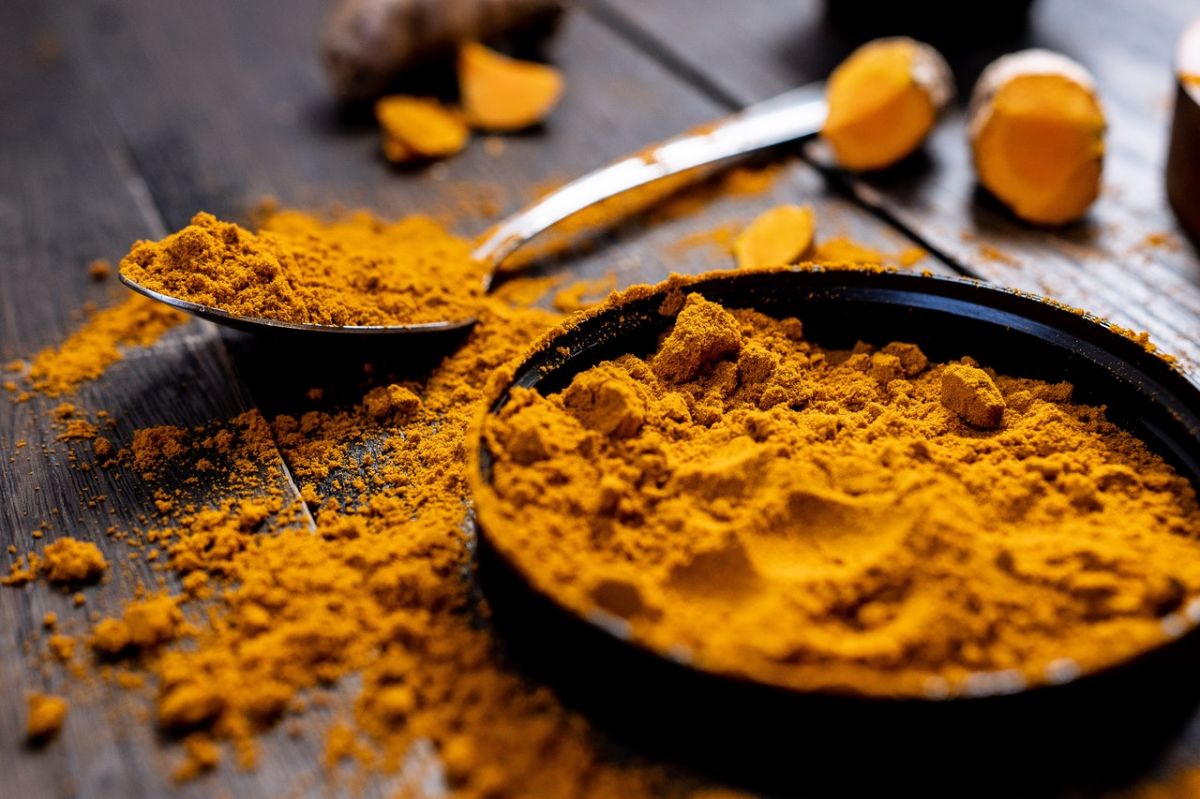 High cholesterol is considered a silent enemy of health and is a direct cause of various cardiovascular diseases. When a dangerous buildup of cholesterol and other deposits on the walls of the arteries (atherosclerosis), these deposits (plaques) can reduce blood flow through the arteries. This usually causes complications such as the specific case of heart attacks and strokes. Fortunately, making changes focused on a heart-healthy lifestyle are the same ones that benefit high cholesterol control. And the turmeric root is one of the most powerful natural medicinal allies, with greater antioxidant, anti-inflammatory and especially lipid-lowering properties, which intervene in the regulation of cholesterol.

Cholesterol is a waxy substance that the body uses to produce cells and hormones, there are two types: high-density lipoproteins (HDL) and low-density lipoproteins (LDL)). Therefore, the lipid profile usually also measures triglycerides, a type of fat in the blood, and having a high level of triglycerides can also increase the risk of heart disease. There are some risk factors that are important to consider: poor diet, obesity, age, lack of physical activity, smoking and diabetes.

Although the sum of all these aspects is directly related, there are particular measures such as the systematic consumption of turmeric. It is one of the most famous spices in the world, of Asian origin, a culinary highlight and shines with its vibrant deep yellow color. It belongs to the ginger family and has been used for centuries in Chinese medicine for ttreat inflammations, infections and various gastrointestinal ailments. It is well known that its long list of medicinal properties is related to its active ingredient: curcumin, which for centuries has been recognized as a prominent anti-inflammatory. In fact, there are studies that confirm the benefits of turmeric to reduce infections and inflammation.

What are the benefits of turmeric in lowering cholesterol?

The research available so far on the effects of consuming turmeric on lowering cholesterol is quite favorable. According to various studies, turmeric mainly affects the levels of total cholesterol, LDL cholesterol and triglycerides. A study conducted in rabbits fed a high-fat diet showed that turmeric appeared to lower LDL cholesterol and triglyceride levels, in addition to preventing the oxidation of LDL. As an aside, oxidized LDL has been shown to contribute to the formation of atherosclerosis. For more detail: in the studies, people used between 60 mg and 1 gram of curcumin for six months.

The truth is that there are various studies, the first references emerged in the 1990s and began to confirm a connection between turmeric and cholesterol, especially some of the ways in which turmeric exerts its healing effects on the cardiovascular system, and specifically, in the reduction of LDL cholesterol.

Another interesting reference is research that was published in the Indian Journal of Physiology and Pharmacology. Which had the participation of ten healthy volunteers who they consumed 500 mg of curcumin per day for seven days. Not only did your blood levels of oxidized LDL cholesterol drop 33%, but your total cholesterol dropped 11.63% and your HDL (“good” cholesterol) increased 29% In just 7 days! Also, in a recent study: thirty obese participants were treated with 1 gram per day of curcumin or placebo and after only 30 days, triglycerides were significantly reduced after curcumin supplementation.

We are what we eat. While there are no miracle foods, along with a healthy lifestyle and a balanced diet, these types of spices can make a considerable difference and even redeem high cholesterol in its early stages.