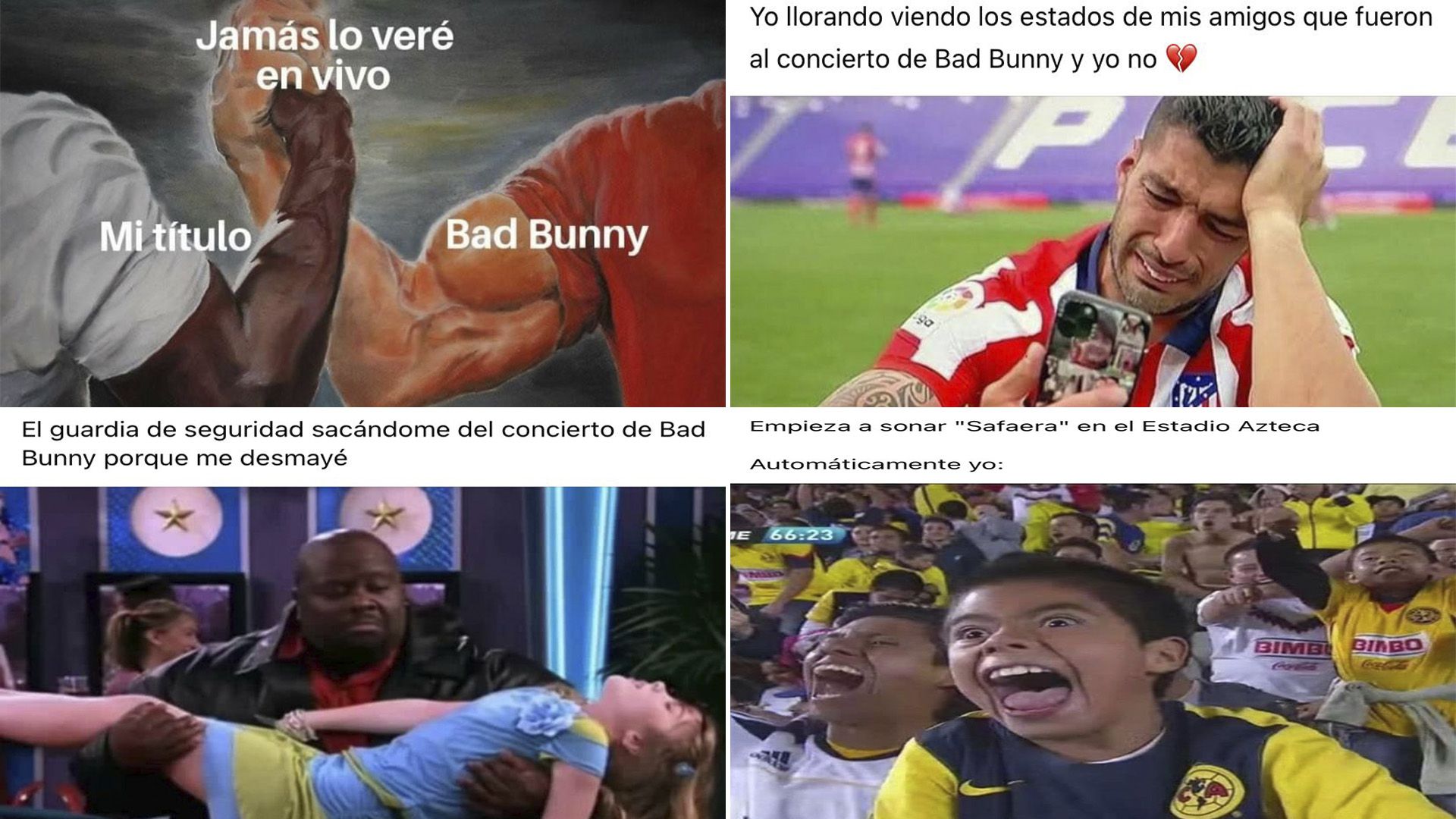 Bad Bunny has become a worldwide phenomenon, loved by millions and criticized by thousands, he is undoubtedly one of the most influential artists of the time. According to the platform streaming of music spotify, He is the most listened to artist not only nationally but worldwide.

Recently the Bad bunny announced that he was preparing his world tour World’s Hottest Tourwhich will take place in the most important stadiums in different cities of nations such as Colombia, Peru, Guatemala, the United States, Mexico, among others. In Mexican territory, the news caused a stir and suddenly the Bad Bunny effect began to be noticed on social networks.

Although the announcement of his tour had already caused controversy among users of social networks, this week everything exploded when the sale of tickets for the concert to be held on December 9, 2022 at the Azteca Stadium beganit is worth mentioning that the demand was so great that it was decided to open a second date on December 10.

Even if just this February 10 the general sale of tickets beganboth dates for the presentation of the Bad bunny in Mexico they are already sold out, which left a large number of memes that alleviated the disappointment that thousands of people experienced when they did not get a ticket to witness this historic show of the global phenomenon Bad Bunny.

Three days ago the presale began for all those cardholders who have the benefits of Citibanamexand although it was expected that only part of the tickets would be sold, the Mexican public was in for a big surprise when they entered the platform ticketmaster and realize that there were approximately 400,000 people in virtual line waiting to buy a ticket to see the Bad bunny.

Even so, with everything and nerves, the fans kept the hope of acquiring a ticket for the concert on December 9 and amid the box office success of this first presentation, event organizers announced a second date that also sold out in a matter of minutescausing users on social networks to even request a third Bad Bunny date in Mexico City.

The colossus of Santa Úrsula, as the Azteca Stadium is also known, has a capacity of approximately 87 thousand people, counting both dates Bad Bunny will perform in front of 174 thousand Mexican fans who managed to get a ticket to dance and sing the most famous Puerto Rican hits such as safaera, The Saint, Dakiti, Callaita, Yonaguni, I’m sorry baby :/ among many others.

Are Few artists have managed to fill the Azteca Stadiumhowever, although Bad Bunny has already managed to sell out the tickets for his concert in this venue twice, There are still thousands of fans who are looking for a ticket to the event in any way.

Also on social networks, the fact that people who are dedicated to reselling tickets for the events were buying up to more than 8 tickets per person and then offering them at excessively expensive prices was denounced. “I have two tickets on the general court for Bad Bunny 10 thousand each” “Exchange Bad Bunny ticket for motorcycle” “I have a spare ticket for Bad Bunny in head 500 I sell it for $1500″, are some of the comments from resellers who bought tickets for the concert.

Although officially in ticketmaster There are no longer tickets available for the presentations of the Bad bunny in Mexico City, Social network users continue to search Facebook or Twitter Groups for people who have spare tickets to be able to attend to see the interpreter of Booker T.

According to information from ticketmaster, The prices to see Bad Bunny ranged from 600 to 8,450 Mexican pesos. The fans who wanted to be as close as possible to Bad Bunny, that is, in the Pit Zone, paid 8,450 pesos, while those who preferred to be on the court paid 3,600 pesos.

However all those who did not reach tickets ticketmaster and what do you want to see Bad bunny They will have to look for other alternatives to get their entry, either with the famous resellers or in dynamics and contests of the media or social networks. who will surely give away tickets for this great event.

Bad Bunny is the most listened to artist on all digital platforms, what is the secret of his success