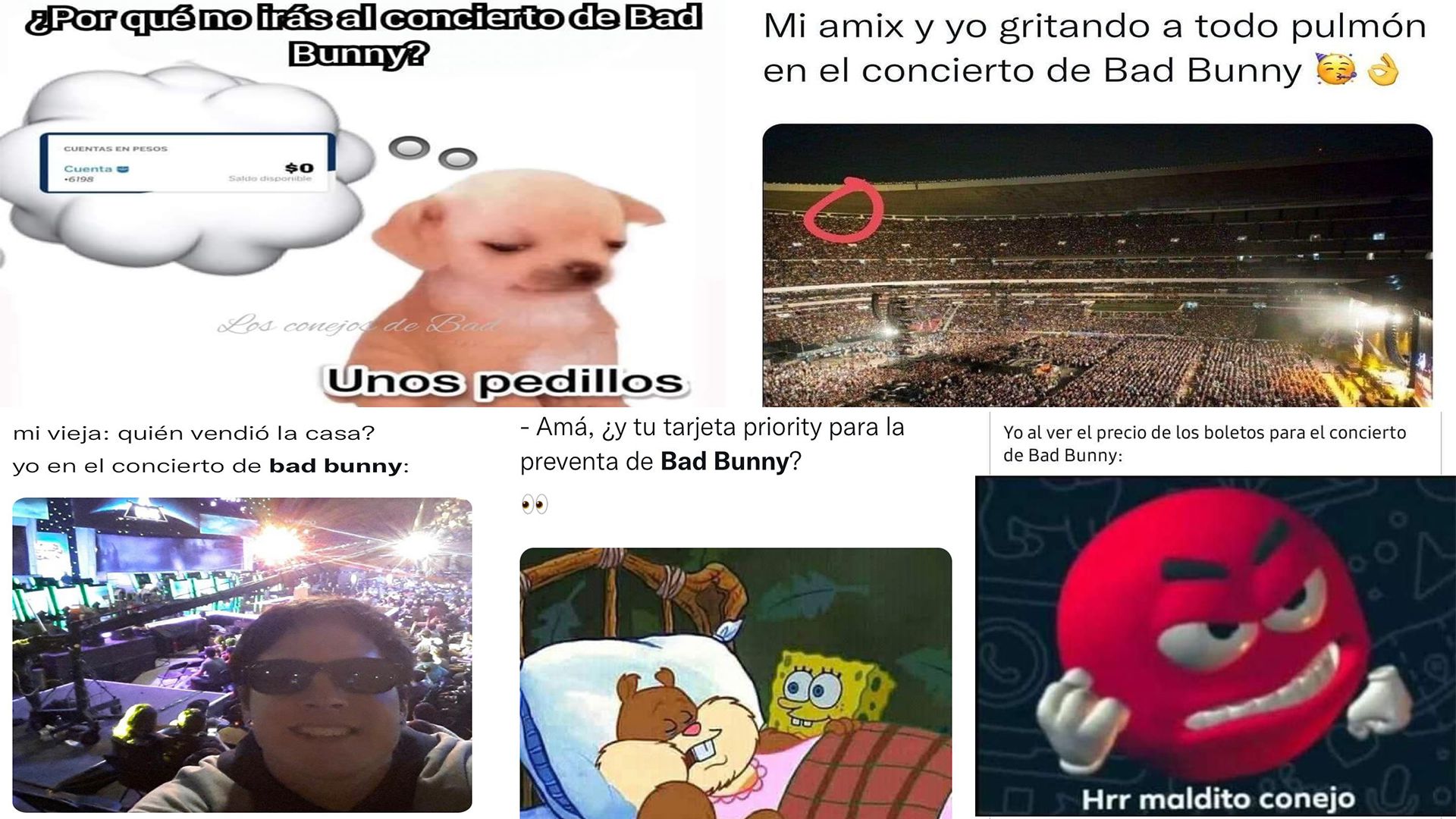 Bad Bunny will be presented on December 9, 2022 in Mexico City; the announcement of his concert as part of his world tour World’s Hottest Tour has caused a commotion among the Mexican public that eagerly awaits to enjoy the show that the interpreter of safaera will toast at the Azteca Stadium.

The success that Bad bunny has had is undeniable, according to data from the music platform in streaming spotify Bad Bunny is the most listened to artist not only in Mexico but worldwide. His popularity is so great that on this new tour he is preparing to perform in the most important stadiums of the respective nations he will visit, with the colossus of Santa Úrsula being chosen in Mexico City for the reggaeton phenomenon to dance and sing its best hits to his Mexican audience.

Since the announcement of the date of his concert in Mexican territory, the reactions of users on social networks have not been long in coming and have left great memes that have made more than one fan of the interpreter laugh out loud. I am worse.

However, it was until this February 7 that the pre-sale for customers began Priority Citibanamex in ticketmaster that a great controversy was unleashed again not only because of the cost of the tickets but because despite the fact that approximately 87 thousand people fit in the Azteca Stadium, Users reported that this first phase of sale for exclusive clients of Citibanamex is already sold out.

In social networks, users reported that some of the verification codes sent by Citibanamex for its clients were filtered so that people who do not have access to this benefit could check their tickets in this modality. They also reported that there are many resellers waiting to monopolize the largest number of concert tickets to later sell them, considerably increasing the price that is currently being handled at the box office.

It is expected that on February 8 and 9, which begins the pre-sale for Citibanamex clients, tickets continue to sell out to enjoy live at Bad bunny. Ticket sales will be open to the general public until February 10, starting at 11:00 a.m.

on the portal of ticketmaster Prices for the concert are now available Bad bunny in Mexico City; the prices in stands range from 660 to 3 thousand 336 Mexican pesos. On the field in General they range between 3,600 pesos to the Pit area at 8,450 pesos. It is worth mentioning that the cost of the tickets were harshly criticized for the high prices charged to see Bad Bunny in concert.

“Bye with Bad Bunny, real How many other things do I not buy with those prices? ): ” “That is, if I love Bad Bunny very much and it’s great that he’s doing ching * n but what’s up with your prices, not even Justin Bieber in his best moment dared so much” “I do like Bad Bunny but how overrated it is, and the prices of its tickets are suuuuuuuper exaggerated”, are some of the comments that can be rescued on Twitter regarding the announcement of prices for the World’s Hottest Tour.

The World’s Hottest Tour will start on August 5 in Florida, United States. In Mexico, it will have a presence in two cities, the Mexican capital and Monterrey, Nuevo León, where There are already people lined up at the BBVA Stadium box office for the general sale of tickets that will begin on February 9 At 10 am.

Although the price announcement was not very well received by the Mexican public, Bad Bunny’s concert in Mexico City is expected to be a success and a total Sold Out as he is the most listened to artist in the city. Hated by many but loved by the vast majority, the Bad bunny has become a worldwide phenomenon of the urban genre, reaching the hearts of its fans with the best rhythms and lyrics that have made more than one dance and that is expected to resonate at full volume in the vicinity of the colossus of Santa Úrsula.

All for Bad Bunny: grandmother gives her granddaughter all her savings to go to the concert