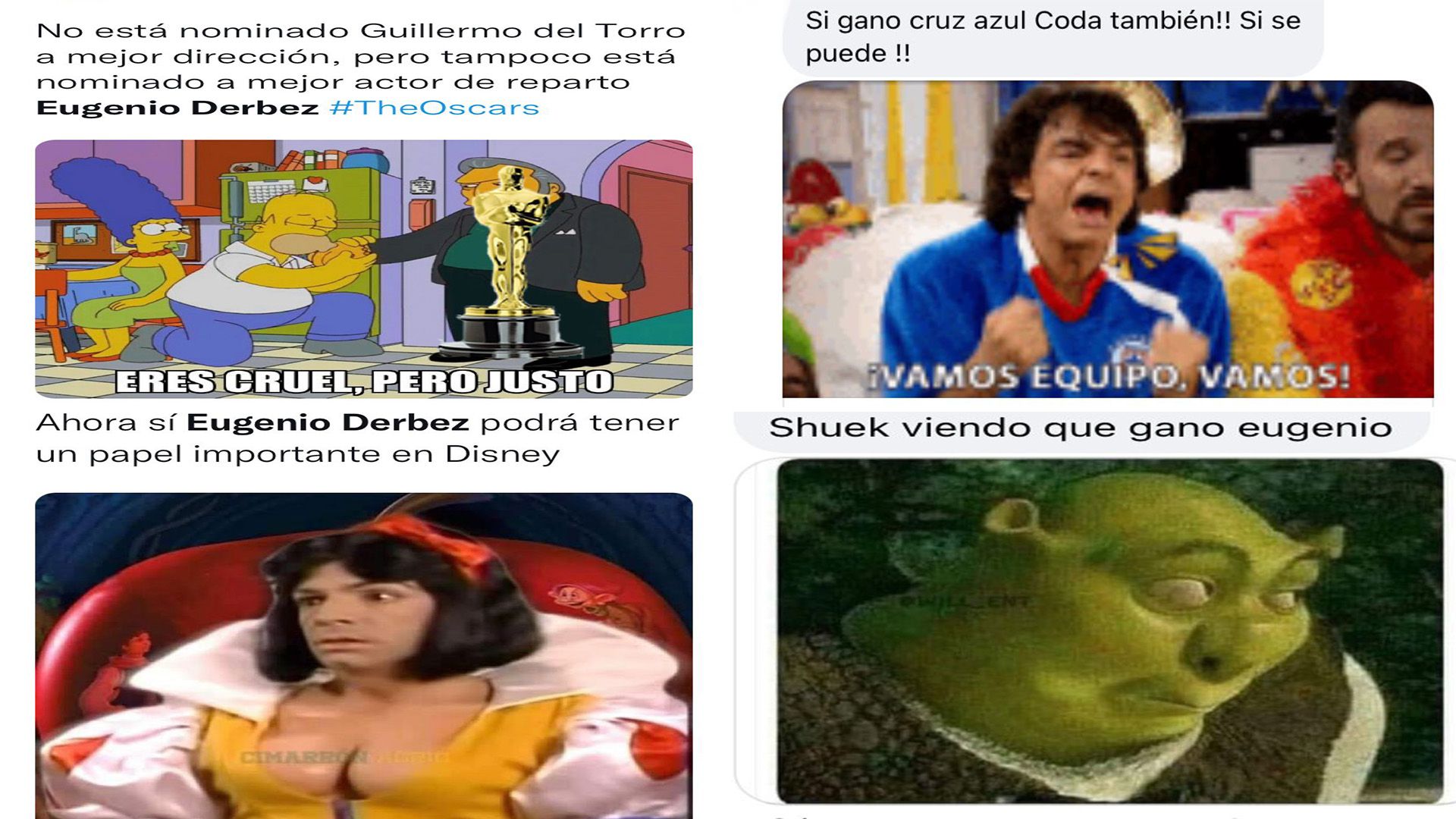 The morning of February 8 The Academy of Motion Picture Arts and Sciences announced the audiovisual projects nominated to receive the renowned golden statuette of the 2022 Oscar Awards. Mexican talent was once again present and among the nominations the work of the Mexican filmmaker stood out William of the Bull for his movie the alley of lost souls and the young director Carlos Lopez Estrada for his animated feature film Raya and the last dragon.

Nevertheless, the name of one more Mexican shone among the Oscar nominees, it was Eugenio Derbez. The Mexican comedian and actor is poised to win the golden statuette thanks to his participation in the film CODA: Signs of the heart, film that was nominated for The Academy in the category of Best Film.

It is worth mentioning that Eugenio Derbez failed to be nominated in the categories of Best Supporting Actor or Best Actor, so he will not compete for the gold statuette individually but in conjunction with the entire production team of the film CODA: Signals of the heart.

Even so, the news of his participation in one of the most important awards in the world of cinema caused a stir on social networksleaving funny memes that made everyone who hopes that the project in which the Mexican participated win the Oscar, but also those who do not.

The Oscar-nominated film CODA: heart signals it was directed by Sian Heder; in the film Eugenio Derbez played Bernardo Villalobos, a music teacher that within the story becomes a key piece for Ruby (Emilia Jones) and his passion for music.

The Mexican actor and comedian recognized that this role gave him the opportunity to break down the stereotypes that exist about Latin American actors, something that he has sought to fulfill since his stay in the North American country. Nonetheless, It is not a secret that the performances and projects in which Eugenio Derbez works are harshly criticized and, although his success is undeniable, he also has a good number of haters who were amused by the actor’s nomination.

In social networks, the opinion about the nomination of the creator of XHDBZ with the team of CODA: heart signals for the Best Picture category was considerably divided as there were many users who congratulated and defended Derbez’s performance and others who simply took it as an acid joke.

“Those who say that @EugenioDerbez is not nominated for an Oscar, but the film in which he participates, how envious they are. He deserves the best, he is hardworking, talented, disciplined, and a great person. He puts it up and I applaud him”; “If you close your eyes you can read what he says the film that Eugenio Derbez comes out can win an Oscar”; “With the Oscar nomination of coda Eugenio Derbez becomes the first actor to graduate from The Plush Family to participate in an Oscar-nominated film. Fact #OscarNoms #Oscars2022″, were some of the comments from users on Twitter.

There were also users on social networks who mentioned that The Academy it had already taken time to recognize the talent of the Mexican actor and comedian and even they joked about the day Leonardo Di Caprio won the statuette saying that Eugenio Derbez had already played that role.

After the announcement of the nominations by the Academy of Motion Picture Arts and Sciences, Eugenio Derbez gave statements to several media outlets in which he expressed the emotion generated by the scope that the project had had. He also acknowledged that the role he played in CODA: heart signals it did not have enough depth to be nominated in the Supporting Actor category.

“At first I had very good reviews but I think paper is not strong enough to compete with all this universe of wonderful actors and movies that were this yearbut no, at no time”, declared Derbez.

will be until on March 27, 2022, the Oscar winners will be announced during the award ceremony that will take place in the theater Dolby located in Los Angeles, California. For its part, Eugenio Derbez explained that he will probably not be able to attend the 94th annual delivery since by that date he will already be recording a new film project.

Who is Carlos López Estrada, the Mexican who will compete in the Oscars in addition to Guillermo del Toro and Eugenio Derbez

Victoria Ruffo hinted and fans believed it was for Eugenio Derbez