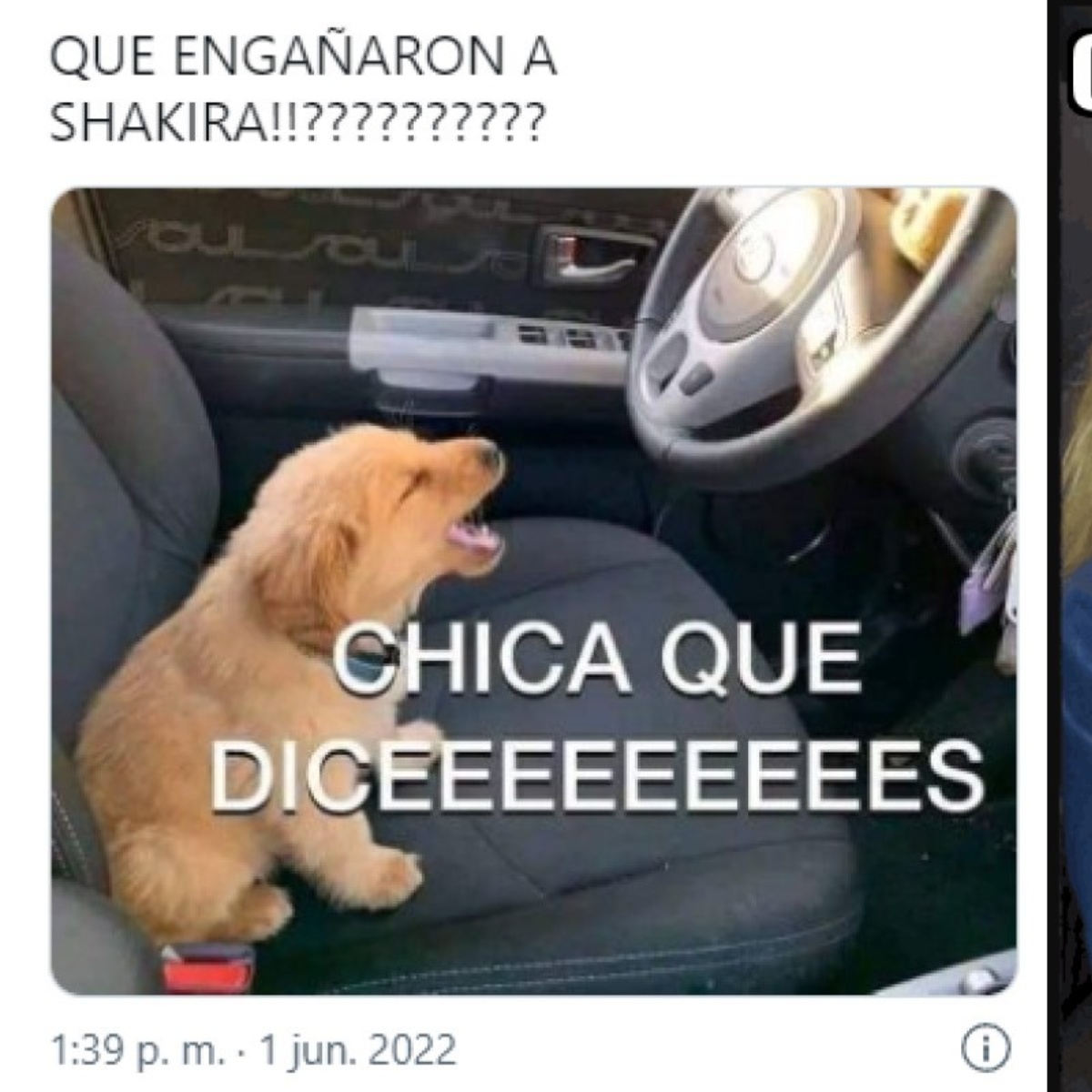 Shakira is experiencing an excellent stage in her professional life, especially because of her new song in collaboration with Rauw Alejandro, “I congratulate you”, however it seems that personally she is not doing so well since there is talk of third parties in the relationship , which is why users of various platforms did not hesitate to take Piqué’s infidelity memes.

And it is that since the news, social networks have gone crazy with the issue of alleged infidelity that could put an end to Shakira and Piqué’s relationship.

One of the most recognized couples in the entertainment world is that of Shakira and Piqué; However, recently there is talk that the couple is separated and all because of alleged infidelity on the part of the footballer, Gerard Pique.

This information was given by the journalists Laura Fa and Lorena Vázquez, who have the videopodcast ‘Mamarazzis’ where they said that the couple has problems in their marriage that they have not been able to solve to the extent that Piqué has been in another house for weeks.

“It has happened, that’s why there is distance. Perhaps nothing remains, but the infidelity has passed. The singer has caught him with another and they are going to separate”, they declared in ‘Mamarazzis’.

With the release of Shakira’s song: “I congratulate you” with Rauw Alejandro, there were those who pointed out that the lyrics indicate problems with the Spanish National Team player.

“To complete you I broke into pieces; I was warned, but I didn’t listen; I realized that yours is false; it was the drop that spilled the glass; don’t tell me you’re sorry, that seems sincere, but I know you well and I know you’re lying”, Te Felicito lyrics.

It was so social networks reacted with the alleged separation of Spanish and Shakiraso they decided to leave funny memes of Piqué’s infidelity on various social networks.