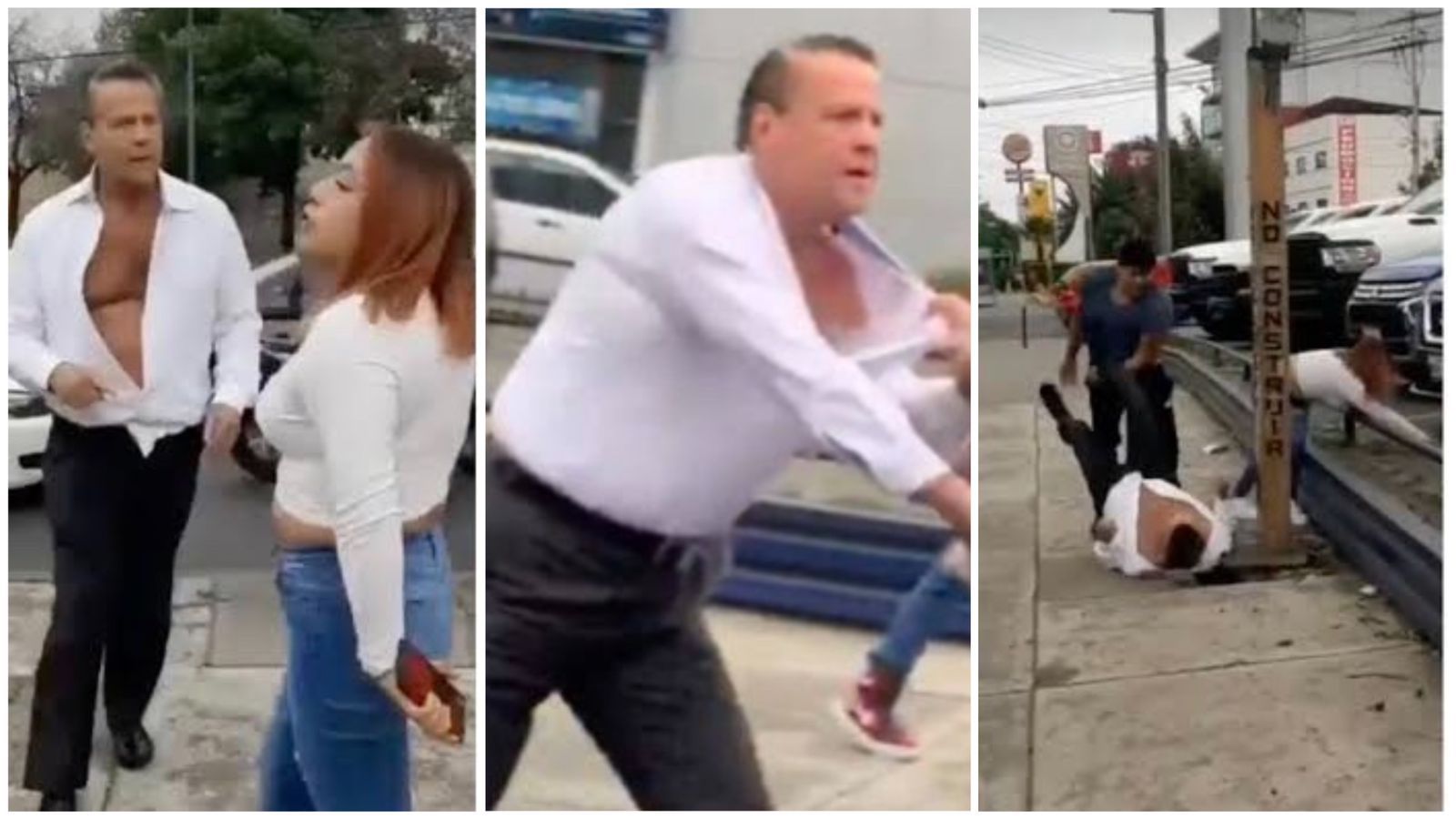 Alfredo Adame he has become an internet celebrity without him looking for it. The former actor became a trend in social networks after a brutal Street fight on an avenue in Mexico City where he was not only beaten by a woman and her partner, but even by a girl. Users did not miss the opportunity to create amazing memes.

The actor of melodramas like Two homes, For loving without law or Why don’t you leave me became once again the target of controversy after a video went viral on social networks in which he had a street fight and his opponents they left him on the ground more than once awakening the interest of the Mexican public that is characterized by taking with a great sense of humor even the smallest tragedy of others.

In the video that users of tiktok Y Twitter They quickly went viral, you can see that Adame hits the couple’s vehicle with his fists, unleashing the fury of the woman who gets out of the car to launch into the blows. In this first clip, the former politician can be seen starting the attack, although the context is still uncertain.

The situation allegedly got out of control after a road incident on the South Peripheral of the country’s capital, although the details of the fight are still unknown. Despite this, the woman’s aggression has surprised all the actor’s detractors who described the moment as the most embarrassing thing in his career, surpassing his fight with Carlos Trejohis statements against Laura Bozzo or when he offended Andrea Legarreta in full transmission Today.

“Alfredo Adame is the mockery of the Mexican internet from the madriz* that Carlos Trejo gave him with a bottle of water”, “I can’t stop laughing when I see that a woman gave him the putiz* of her life”, “That ‘ñora ‘ is the clear representation of the memes of Fiona and her husband of those of Shrek”, “Alfredo Adame makes fun of Laura Bozzo so much but at least she has not been given a godmother in the middle of the peripheral”, they wrote on Twitter.

The surprising reaction of a girl who was in the middle of the street fight has been one of the main reasons for the creation of memes, because even though she was a minor who had apparently been leaving school, she was encouraged to “enter the blows” in a very particular way, that even internet celebrities, such as Chummel Torres, have decided to pick up on their teasing. 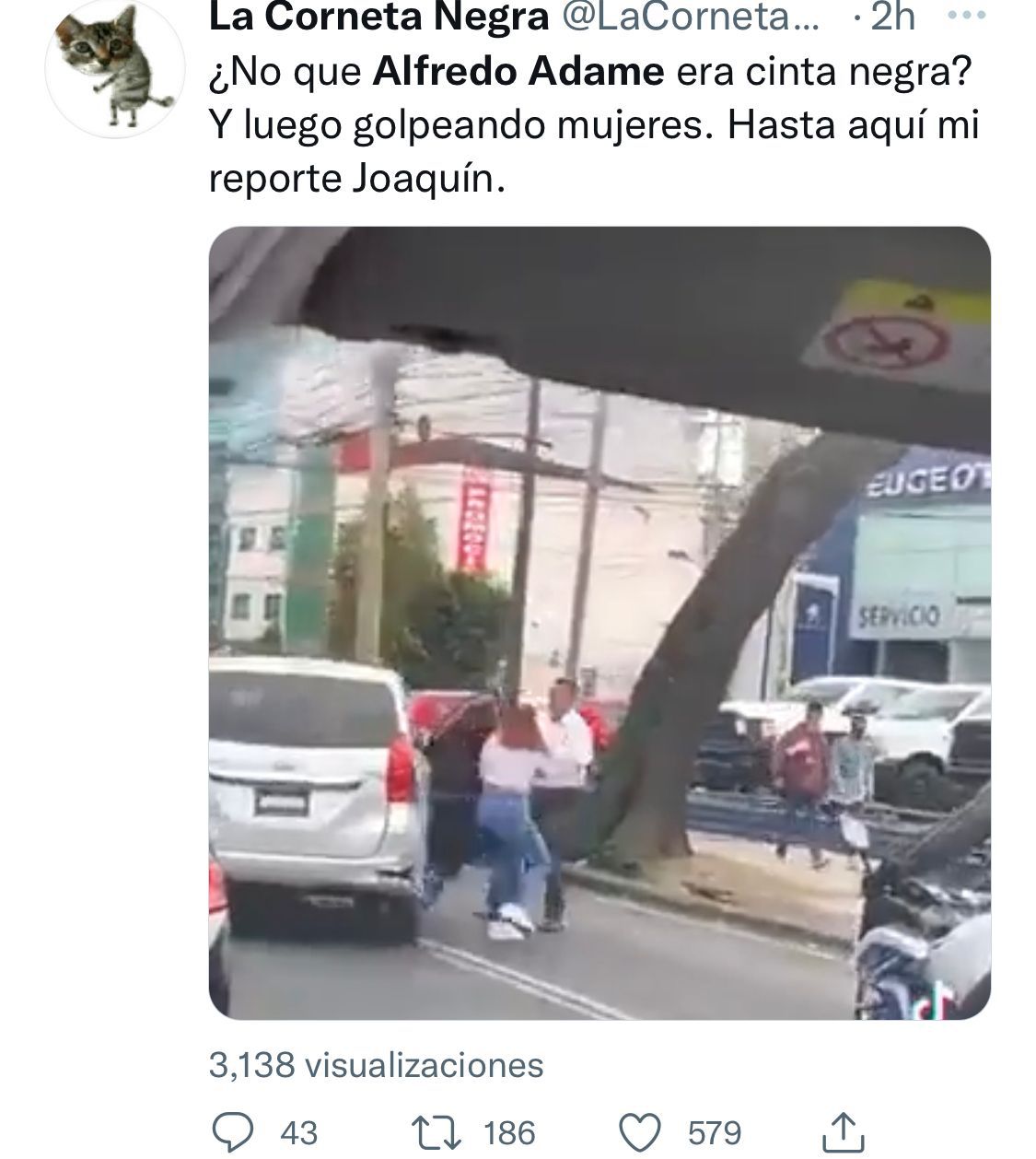 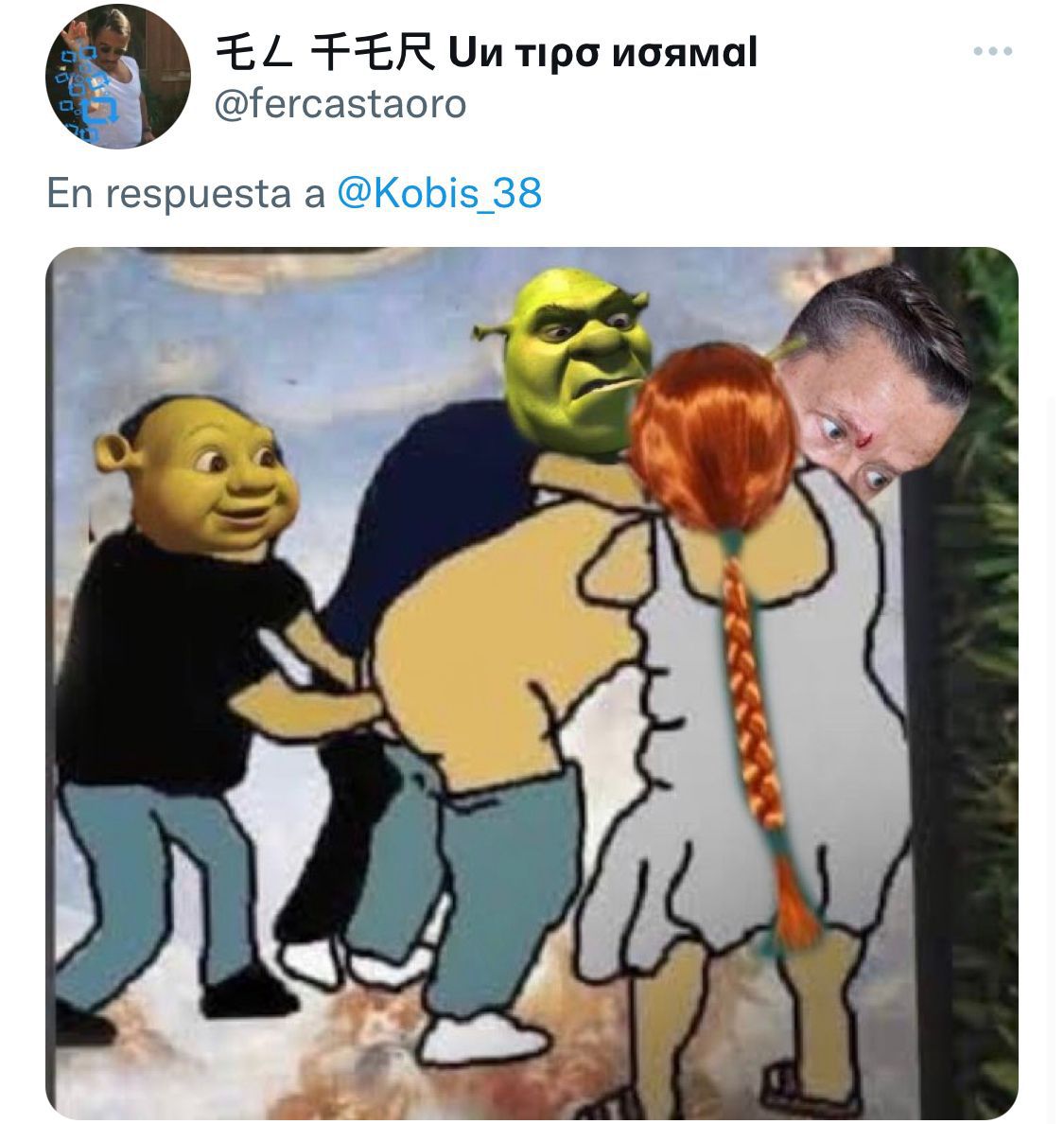 “Really, the videos are very funny, but the part of the girl sticking her finger is the best”, “That girl is really the best thing that could happen to this video”, “The girl who sticks her finger in Alfredo Adame is aware of how to make a man go blank in seconds”, “The girl gave something much more special to the video with her short participation, but transcendent moment”, they expressed in Twitter.

In social networks, Internet users did not hesitate to make memes of Alfredo Adame’s street fight, where some recalled other of his scandals and controversial statements, such as the one where he claimed to be a black belt and which is now a source of ridicule.

Carlos Trejo was not spared from appearing in the funny images, since the writer has also been in a lawsuit with Adame for a few years and in some meetings they have come to blows. Although so far the statements continue in the middle of dates to reach a fight.

They leaked a street fight between Alfredo Adame and a woman