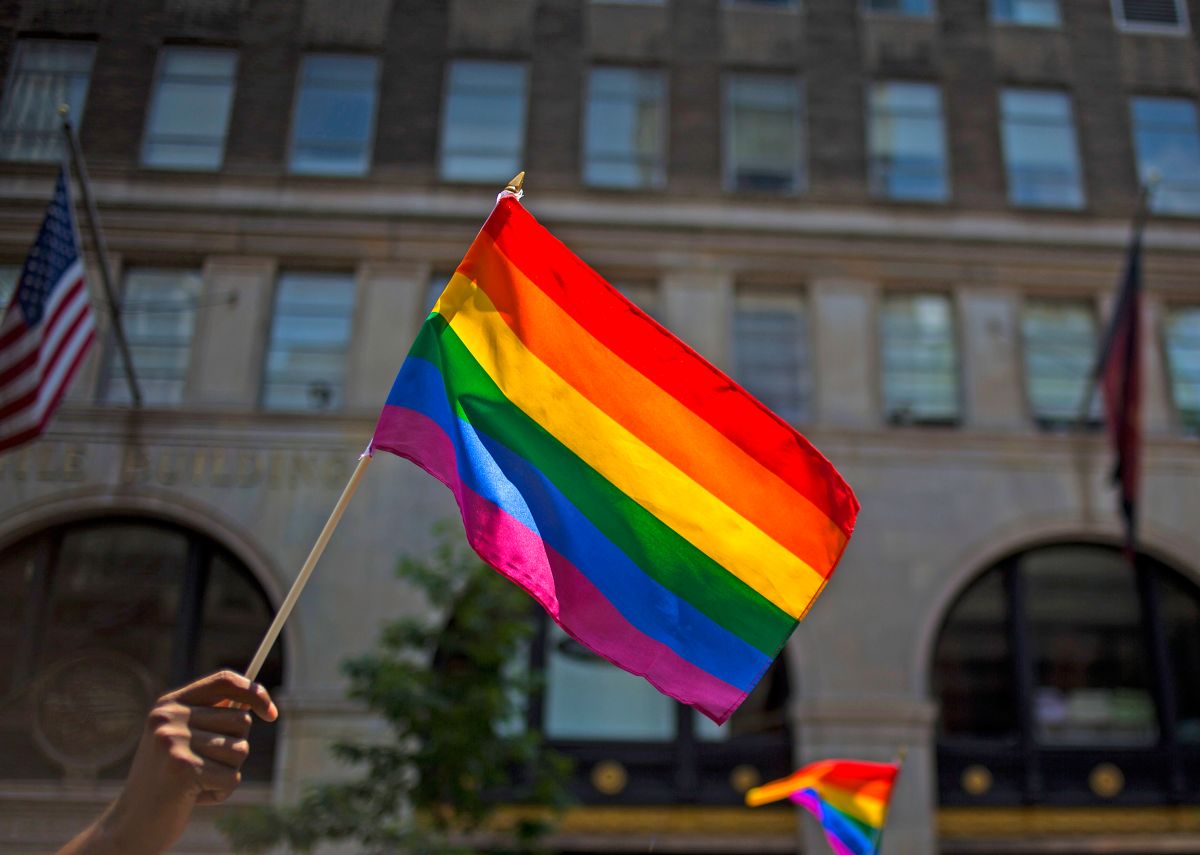 On June 25, 1978, activists raised a vibrant rainbow flag amid the festivities of the Gay and Lesbian Freedom Day parade in San Francisco. According to its creator, Gilbert Bakerthe crowd immediately recognized the importance of the floor: “I was completely amazed that people understood, in an instant, like a lightning bolt, that this was their flag,” he later said, “it was all of us.”

This was the rainbow Pride flag, now a ubiquitous symbol of queer pride and liberation.

Gilbert, a drag queen and clothing designer, met the gay rights activist Harvey Milk, nicknamed the “Mayor of Castro St.” for his successful organization of the San Francisco gay community in 1974.

After his historic election to the city’s Board of Supervisors in 1977, Milk commissioned Gilbert to create a new symbol of pride for the city’s LGBT community..

Gilbert decided to make a rainbow flag, each color with a specific meaning: pink for sexuality, red for life, orange for healing, yellow for the sun, green for nature, turquoise for art, indigo for harmony, and violet for spirit.

Along with a group that included activists Lynn Segerblom and James McNamara, Gilbert built the first flag on the rooftop of an LGBT community center, using large trash cans to dye the various stripes.

As Baker noted, the flag immediately resonated with the San Francisco queer community. Seeing that it was impossible to make enough copies of his original flag to meet demand, he hired a company to mass-produce it.

Fabric shortages and other production problems led to the removal of the pink and turquoise segments, as well as the replacement of indigo with a standard blue color. This slightly modified version of the original Baker flag is now a symbol of pride around the world, and activists have created a number of variations, each with their own colors and symbolism, to celebrate the full spectrum of sexuality and gender equality. gender identity.

“Our job as gay people was to come out, to be visible, to live in truth,” Baker said later. “A flag really fits that mission, because it’s a way of proclaiming your visibility or saying, ‘This is who I am!'”