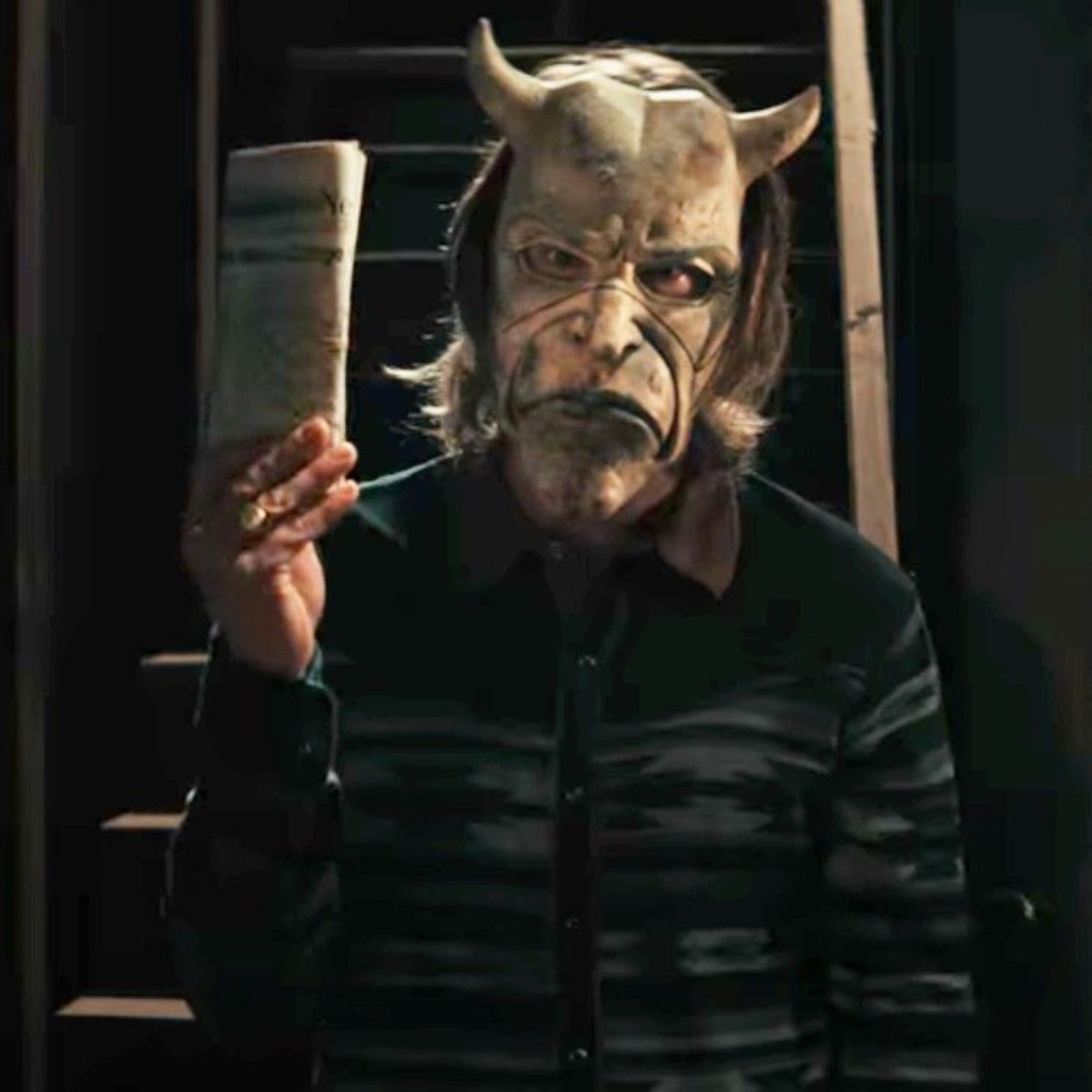 Most of the horror movies that deal with a serial killer they usually spend some time building up a tragic backstory that explains why a person can become a monster.

AmericanPost.News reports that, more often than not, a serial killer is someone who suffered some form of abuse in their childhood, leading them to create a twisted association between other people’s pleasure and pain.

This approach helps to humanize the serial killer and sometimes gives his victims tools to find some connection to their captor. However, in The Black PhoneScott Derrickson does the exact opposite, depriving the grabber played by Ethan Hawke from a past and in doing so stripping him of his humanity.

Why is Grabber so scary in The Black Phone?

The reason Grabber is so scary in The Black Phone movie is that we don’t know for sure what drove him to do some horrible deeds. All we can see is a terrifying mask and an angry man who cannot be reasoned with.

When we think about the lore of serial killers in movies and TV shows, it’s easy to see how the road most traveled is to explore what’s left of the human inside the mind of a monster.

That is precisely the concept of cult films like The Cell, in which psychologist Catherine Deane’s (Jennifer Lopez) goal is to enter the mind of a serial killer and find the child who still lives there, despite everything. the trauma he experienced in his childhood.

Similarly, series like Dexter and You garner a massive audience due to their cautious exploration of deeply broken characters. And they do such a good job that millions of fans are rooting for Dexter Morgan (Michael C. Hall) and Joe Goldberg (Penn Badgley), despite their irredeemable actions.

In Mr. Brooks, Kevin Costner’s titular serial killer is even depicted as a kind-hearted family man who is haunted by a dark shadow who forces him to kill. That takes away some of the blame and helps us relate to the dire situation the serial killer finds himself in.

It may interest you: Explanation of the end of “The Black Phone”: A call from beyond

Movies and TV shows also try to explore the humanity of serial killers by giving their actions a higher meaning. Jigsaw’s (Tobin Bell) crusade to force people to appreciate life has already been repeated for two decades in the Saw franchise.

As for David Fincher’s Se7en, the film explores the despicable actions of a man who is still somewhat right when he claims that the world is drowning in apathy and self-destruction. Of course, we also have charming serial killers, like Mads Mikkelsen in Hannibal, which is arguably a love story as well as a police show.

When horror movies try to create inhuman killers, they often go so far that the result is more entertainment than fear. We all love slasher movies, but no one feels like the threats of The Texas Chainsaw Massacre and Halloween could be lurking just down the road.

And that’s precisely why we can rejoice at all the over-the-top deaths that paint the screen blood red. Slashers are frightening fun that allows us to leave behind the fear in the theater because the killer is an unlikely monster.

In the movie The Black Phone, however, we are introduced to the Grabber as a normal man, using common tools to kidnap children and trap them in his basement.

There is little hype about Grabber, a serial killer who can hide in the suburbs undetected, despite multiple search efforts by police and the people of the suburban city of West Denver. Grabber’s house is mundane, and aside from his basement, there is nothing to betray his evil nature.

Finally, Grabber even has a brother who he lets sleep on his couch, completing the picture of a completely normal human being. In short, Grabber is someone we might pass by on the streets without realizing there’s a wolf in sheep’s clothing.