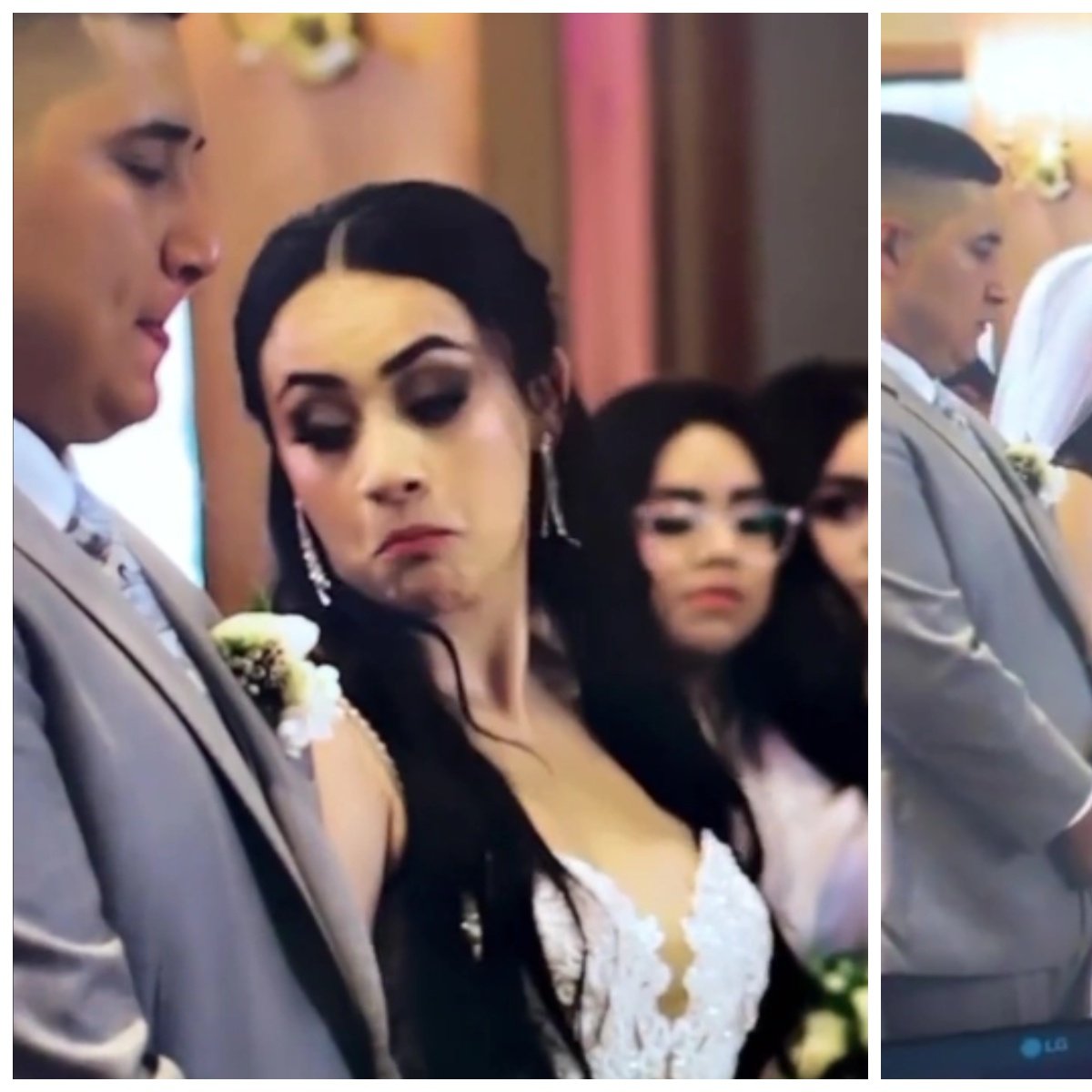 A woman shared the touching video of her wedding. In the recording she is observed as the bride’s veil falls off and his father tries to help herbut actually ends up making things worse.

It should be noted that despite the “accident”, Internet users who saw the video have praised the father for his attempt to support his daughter on her big day.

In the recording shared on TikTok, you can see how the loving father notices that his daughter’s veil falls while she was standing at the altar with her boyfriend in the middle of the ceremony.

The video then shows the father picking up the veil from the floor and approaching his daughter to put it back on her head, but not sure how to secure it. she decided to put it on her head instead of clipping it to her hair.

The father did not know how to place the veil

Reviewing the footage, the woman laughed: “My dad comes to the rescue, but he doesn’t know how to put it on the head. He put it like a pancake.”

In the viral video of the wedding that circulates on the internet, the bridesmaids can be seen laughing at the situation while they remain to one side of the couple, until one of them breaks the line to fix the headdress She walked past the other bridesmaids, retrieved the veil and pinned it in her hair.

The camera then panned to the bride’s father, who nodded his head realizing his mistake. Despite not knowing quite how to fix the situation, people were impressed by the father’s loving care for his daughter.

One person said: “Can we appreciate the effort the father put in to save his little girl even though he had no idea what to do? He just wanted to help. So precious.”

What is the meaning of the bride’s veil?

In Christianity traditionally the bride and groom both wore crowns made of flowers and small branches which symbolized the sacrifices they would have to make during their marriage. The bride’s veil was adapted in the 1800s and given the meaning of purity.