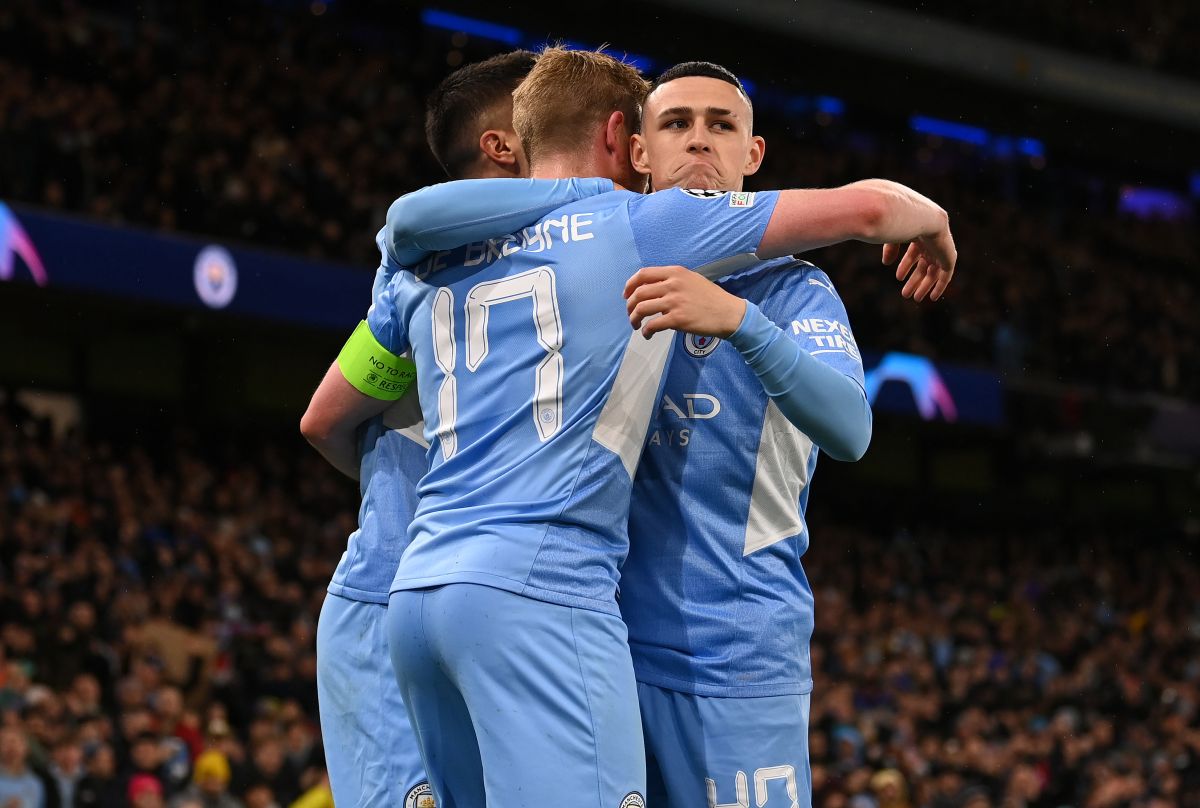 Manchester City was able to break the defensive fence of Atlético de Madrid and won a valuable victory at home 1-0 against the Spanish, for the quarterfinals of the UEFA Champions League that started this Tuesday.

Kevin De Bruyne was the soul of the team; he ran, he participated and in the end he was the protagonist of Manchester City by scoring the only goal of the match after defining after an assist from Englishman Phil Foden.

One of the most interesting duels in the quarterfinals started as expected: with Manchester City clearly dominating; the locals moved the ball from side to side looking for a filtered pass that would break the well-known defensive fence of those led by Simeone.

After 10 minutes De Bruyne tried it with a rebound but his shot was rejected to the corner.

The entry impediment imposed by Cholo condemned Manchester City to send crosses and try raids on the wings, but they mostly found Jan Oblak.

Even though Manchester City’s attacking attack was fairly constant for the rest of the first half thanks to Mahrez, Sterling and especially De Bruyne who was playing false nine, the 0-0 didn’t budge on the scoreboard in the first half.

For the second part the pace increased and just a minute after the restart a combination between De Bruyne, Gundogan and Sterling almost dropped the first goal of the match; the play led to a corner and a misunderstanding almost ended in a counterattack for the Spaniards but Griezmann could not control the ball after running more than 70 meters.

The counterattack proposed by Atlético de Madrid continued and five minutes later Felix and Griezmann combined again to try to open the scoring but the attempt was unsuccessful.

and chen it seemed that the game was tighter than ever, the infallible captain of Manchester City, Kevin De Bruyne, appeared; Fodenwho had a couple of minutes on the court, leaked a millimetric ball for the Belgian who broke the defensive line and scored 1-0 at 69 ‘.

The goal did not hide the English who looked for the second and almost got ten to go under the same formula: Foden went into the right, left two players and gave in to De Bruyne who shot from the penalty spot, but the ball bounced between the center backs mattresses.

Although Atlético timidly tried to find equality, the truth is that the remaining minutes were anecdotal and everything will remain for the round that will be played at the Wanda Metropolitano next Wednesday, April 13.