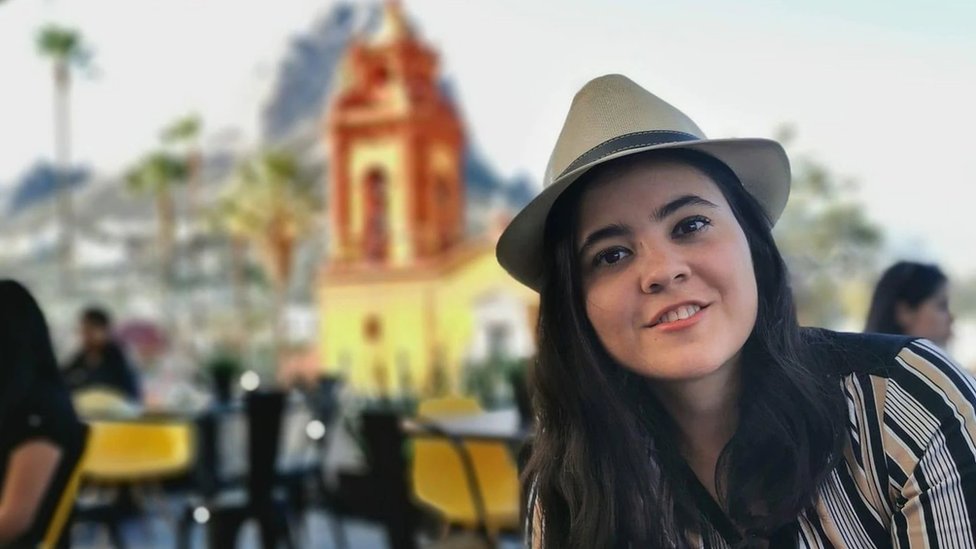 The repercussion of the case of Debanhi Escobar, the 18-year-old girl who appeared dead in Mexico last Thursday after missing for almost two weeks, put the northern state of Nuevo León under the spotlight.

Because, apart from the unknowns that still surround his case, his disappearance is far from being the only one.

This year, the industrial bastion of Mexico suffers a wave of unaccounted for women -especially young people between 14 and 19 years old- that provoked great citizen protests and led the state authorities to announce measures with which to calm the spirits of the population.

But understanding the context of this crisis and the reason for so many disappearances is not easy, especially in a country where nine missing women a day, according to the latest data from the Mexican government, and from which the United Nations Committee against Forced Disappearance highlighted in its latest report that “official figures show a notable increase in the disappearance of boys and girls from the age of 12, as well as of adolescents and women.

The first alert was triggered by local media reports in Nuevo León at the beginning of April about the disappearance of eight young women in just ten days, the majority in the capital Monterrey and its metropolitan area.

When the death by murder of one of them was confirmed on April 9, the young Maria Fernanda Contreras27, citizen marches demanded justice and a response from the authorities to guarantee the safety of the women.

Debanhi’s case was another one that attracted great attention from society and media coverage since his disappearance that same April 9 until his death was confirmed after his body appeared in a motel cistern in circumstances that are still being investigated.

But there are many more stories of broken families in Nuevo León. According to state government figures, 327 women were reported missing in 2022 as of April 17. Of these, 33 were still unaccounted for and five were found dead (before Debanhi’s body was found).

“This is a humanitarian tragedy. I want people to know that the Debanhi case is just the tip of the iceberg of what is happening here in Nuevo León,” Leticia Hidalgo, founder of the organization United Forces for Our Disappeared in Nuevo León (Fundenl), tells BBC Mundo.

This state is the fourth entity in Mexico with the most disappeared, 6,175 people, of which almost 30% are women.

“We are in a crisis situation, but it takes years. It is necessary to act with concrete actions”, agrees Luisa Castellanos, spokeswoman for the organization Buscadoras de Nuevo León that participated in the search for Debanhi.

Why this increase in disappearances?

Until now, the authorities have not pointed to a clear cause as to why this increase in cases was registered in such a short time in Nuevo León.

Secretary of State Security, Aldo Fascicaused a great controversy that even earned him resignation requests when he ruled out the existence of an organized gang kidnapping women and assured that many were disappearances because the young women “They don’t report to their parents.” 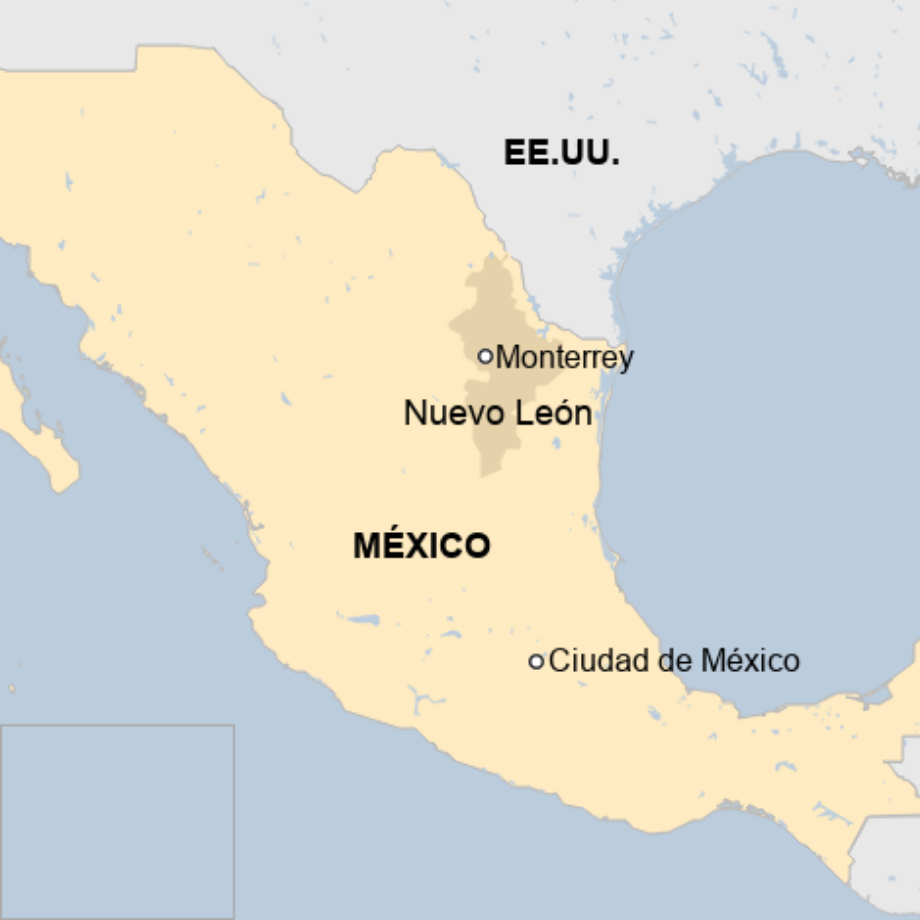 An important factor to take into account is the increase in homicides in Nuevo León. According to data from the State Prosecutor’s Office, the 1,069 murders recorded last year exceeded the figures seen in the previous two years. But this 2022 could be even worse, after the 295 homicides suffered in just the first three months of the year.

“There were also operations in nearby states to combat crime, so it could also be related to a displacement of these groups that operate in other places,” says Castellanos.

For Mariana Limón Rugerio, a specialist in communication with a natural gender perspective from Monterrey, the disappearances in Nuevo León show that violence against women has evolved and it has become more complex in border states like this one, but he believes that the authorities have not been able to face this change.

Thus, he cites the peak moment of violence experienced between 2010 and 2011, in the midst of the “war on drugs” led by the Mexican government at the time, as the turning point in which “the context changed and the violence changed.”

“In states with high control of organized crime there is no longer only sexist violence: there is also that of drug trafficking and militarization, that also leave girls and women vulnerable, ”he tells BBC Mundo.

For the expert, the figures for Nuevo León exemplify this reality very well: she stresses that the 72% of femicides registered from January to March 2022 were linked to drug violence in the state, and that last year it ranked first among the entities in the country with the most complaints of human trafficking.

“It is a violence intersected with other violence that has not been understood neither by authorities, nor by public opinion, nor by the feminist agenda, which is very centralized in Mexico City, where these characteristics that we see in border states do not occur,” she adds.

For the founder of Fundenl, for her part, it is “the impunity, corruption and apathy and indifference” with which the authorities treat disappearances that contributes to their number increasing.

“The authorities say that there are no disappearances, that the women leave because they fight with their families or do not communicate with them. They are cynical statements that put us all in a state of danger, because we believe that this is not going to happen to us”, Hidalgo says.

Limón also emphasizes that it is necessary to understand this evolution of violence against women because, in addition to the figures, the brutality of the cases also increased.

“Sometimes the perpetrators are linked to militarism and especially organized crime. We already talked about dismembered, bagged, burned women… They are very brutal ways to kill that criminals used with men but that are already replicated in women, which is worrying and makes sensitive public policies necessary”.

What do relatives of victims claim from the authorities?

The authorities have been the target of multiple criticisms for their management of this latest wave of disappearances, but the State Prosecutor’s Office has probably been the most singled out.

During the search for María Fernanda, her family denounced that they notified the authorities of the location of her cell phone, but that the investigators did not go to the scene.

After the appearance of Debanhi in the vicinity of a motel very close to where she was last seen and which had already been previously registered, her father harshly criticized the work of the Prosecutor’s Office and even raised that the body of his daughter had been placed later.

When the Prosecutor’s Office reported that the cause of his death had been a contusion to the head, it confirmed that a previous inspection had been carried out at the site in which several institutions and the family themselves participated, but that “it did not allow the body to be found now located ” without offering more details of the reason.

For Limón, the fact that an unsuccessful search had already been made in the place where Debanhi could be alive shows that the investigation was “clumsy, slow, and that raises many doubts and mistrust in a Prosecutor’s Office that does not give an answer to what happened “.

The body has assured that it will make known all the advances and evidence of the case that is possible, provided that this does not interfere with the investigation, and that it does not rule out any hypothesis.

Hidalgo charges especially against the Prosecutor’s Office and the State Search Commission for people for considering them “incapable, without efficiency or effective protocols. Not even when the case was as mediatic as Debanhi’s, could they give results.

Governor of Nuevo Leon Samuel Garciaannounced a few days ago the creation of a special group to search for people and announced that the state had deployed the entire police force to intensify the search for the missing women.

However, some organizations responded that said group performs functions very similar to those of the Alba protocol, which has already been operating in Mexico since 2018.

“That shows that García is not understanding what is happening well,” says the journalist Mariana Limón. BBC Mundo sent several questions to the government of Nuevo León to learn more about its position and response to this crisis, but until the publication of this article it did not receive a response.

Limón also believes that there is a lack of public policy measures not only created to resolve the current situation, but also asking the mothers who are looking for what went wrong in their processes. And, precisely, the search organizations are clear about their main claims to the authorities to face this crisis.

Castellanos, from Buscadoras de Nuevo León, believes that the essential is to provide sufficient staff to the institutions responsible for the search and investigation of cases of missing persons to operate quickly. “And improve the collaboration between the Search Commission and the Prosecutor’s Office, each one has to assume responsibility for it.”

It also misses concrete actions by the authorities not only after the disappearance is registered, but also before.

“We go like firefighters to put out the fire, but there are no actions focused on preventing disappearance. And I am not only talking about the recommendations to the individual to take care of our person, but also about the security strategy that governments must implement at different levels. The State must assume the security of the citizens”, he denounces.

“The main reproach is that they don’t search with effective methods and that’s why they don’t find them. That is why we organize ourselves as groups, because we see that the authorities do not act and we have to go out and look for with our own eyes, hands and legs”, criticizes Hidalgo.