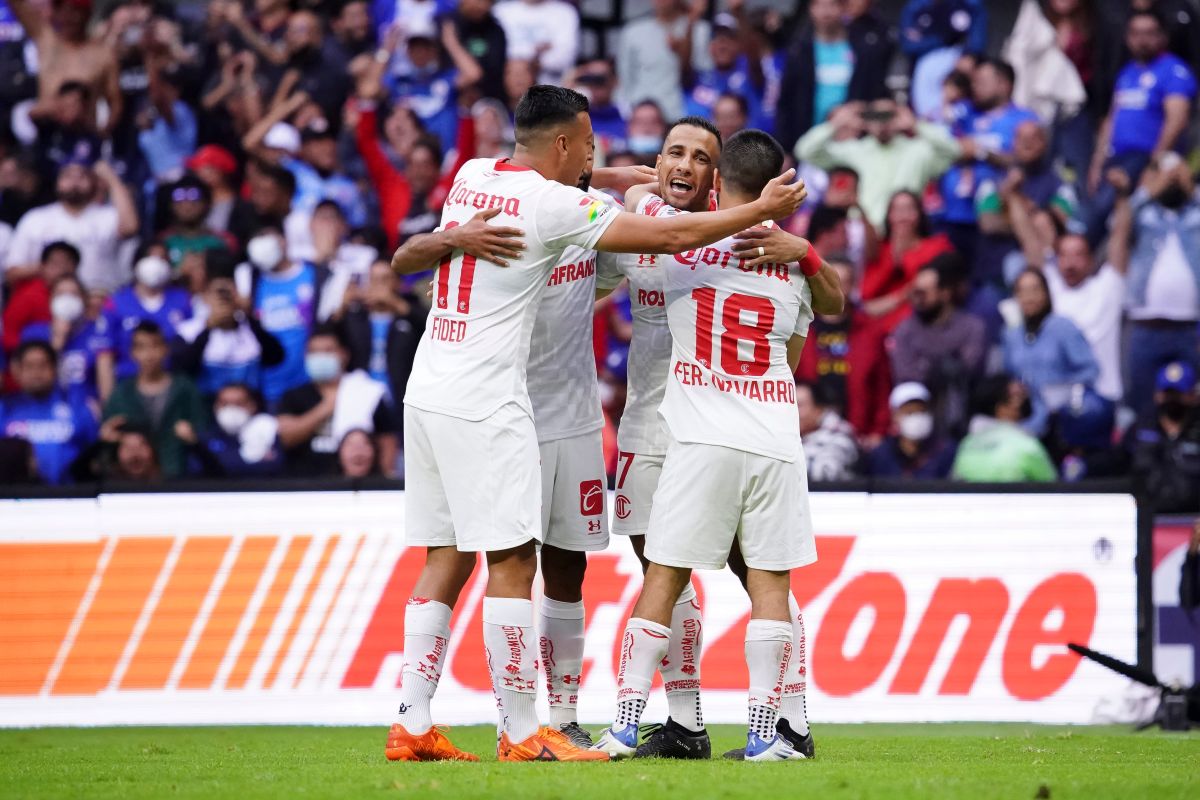 The Toluca of the Brazilian striker Camilo Sanvezzo and the experienced coach Ignacio ‘Nacho’ Ambriz, beat Cruz Azul in a tough clash by a score of 2-3 from Cruz Azul and thus continue to lead the Liga MX Opening Tournament 2022.

In a controversial duel, with the role of the referee who stopped the game on numerous occasions to go to VAR, Sanvezzo converted the winning goal, converting a penalty in stoppage time.

With the duel 2-2, in the 90th minute goalkeeper Sebastián Jurado committed a foul in a movement of inertia and the referee awarded the penalty in which Sanvezzo beat Paraguayan defender Juan Escobar, a substitute goalkeeper because Jurado was sent off.

The Chilean Jean Meneses, the Mexican Marcel Ruiz and Sanvezzo scored for the Blues, while the Argentine Ramiro Funes Mori and the Mexican Rodrigo Huescas did it for the Celestes, who showed a terrible aim in the area.

The Devils of Toluca reach six wins, two draws, one loss and 20 pointsone more than the Rayados de Monterrey, winners of Necaxa on Friday by 1-2, with goals from Uruguayan Rodrigo Aguirre and Mexican Arturo González, while Bryan Garnica discounted for Necaxa.

The character of Toluca, key to lead in Liga MX

Nacho Ambriz highlighted in a press conference that the character of his players was what led them to win against Cruz Azul in a game that had a crazy ending.

“We leave very happy because in that very crazy end of the match, what gave us the victory was the character that my players showed”

Toluca prevailed in the duel played at the Azteca Stadium thanks to goals from Chilean Jean Meneses, Marcel Ruiz and Brazilian Camilo Sanvezzo, who scored from a penalty. The Machine scored through the Argentine Ramiro Funes Mori and Rodrigo Huescas.

Ambriz reiterated the mental strength of his team, especially Sanvezzo, who took the penalty that meant victory in stoppage time.

“The last minutes were a crazy game, without football, without order, without idea on our part, but given the lack of idea we had strength of character, that’s why I keep the three points that allow us to continue in first place in the tournament”, explained Ambriz.