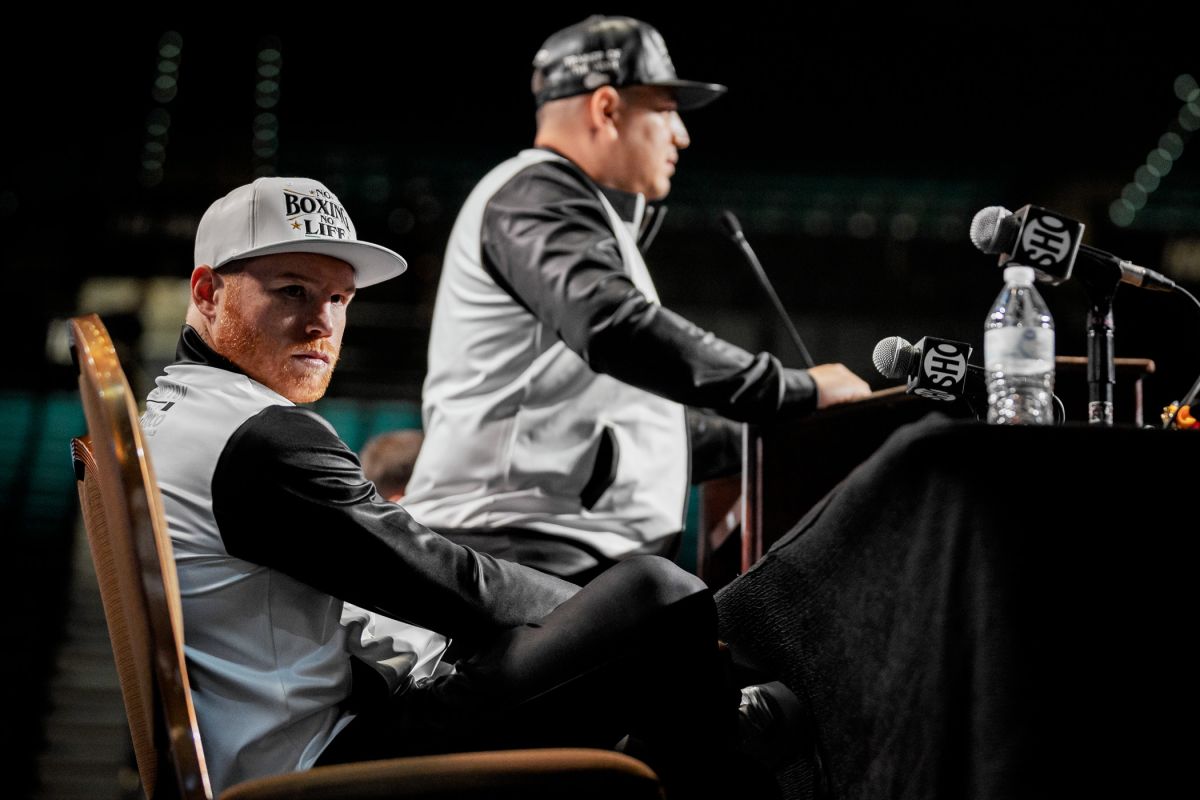 The verbal and physical attacks last September between Saúl “Canelo” Álvarez and Caleb Plant they were left behind. The two world champions are fully focused within days of their fight and this Wednesday there was even tinge of praise in Las Vegas.

“We respect Plant’s team a lot, but we are better,” said coach Eddy Reynoso referring to his fighter’s rival during the final press conference held in the arena of the MGM Grand, where the fight will take place.

While “Canelo” insisted over and over again on his goal of making history this Saturday by trying to become the first undisputed monarch of the super middlemen in history, his coach put it with different words, but the same conviction.

“We have not made a great camp; We have had a great race for this Saturday to put the cherry on the cake “Reynoso said. “On Saturday we are going to put the first Mexican, the first Latino, as the first undisputed champion.”

“Canelo”, by the way, took advantage of the meeting with the reporters to surprise Reynoso.

The man from Guadalajara bent down for a moment and took out the 2020 Coach of the Year award given by boxing writers from the United States, since the pandemic made a formal delivery impossible.

Caleb Plant, still showing the scar from the cut on his cheekbone that he suffered on September 22 at a hotel in Beverly Hills when he and Álvarez fell for an apparent mistranslation from the Mexican, was listening carefully to what his opponent, as if waiting for some other “jab” to heat up the fight. But there was none of that.

On his turn, the Tennessee fighter turned to see the redhead on the stand and said: “During all this time Canelo has said that Mexican fighters do not go around with … (explicit word). It’s good to know because where I come from we don’t go around with those things either. “

Read more:
– Beth, Caleb Plant’s mother, was shot dead by police in Tennessee
– The impressive earnings of Eddy Reynoso, coach of Canelo Álvarez
– Canelo shows off his pajamas when he arrives in Las Vegas for the fight against Plant