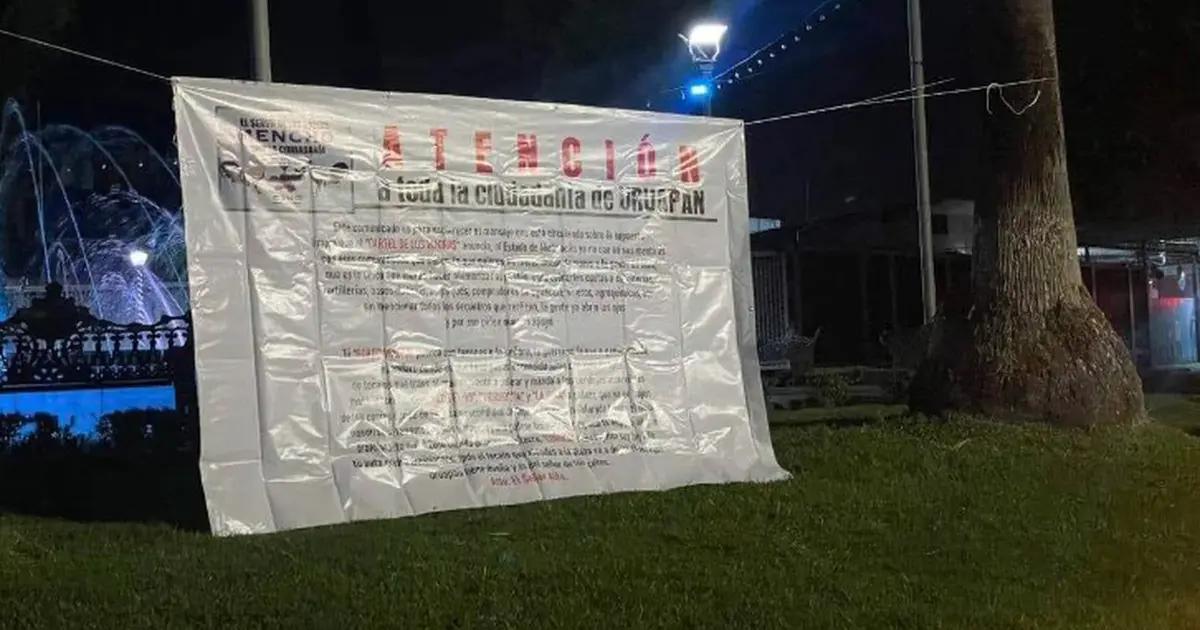 The texts were found on Wednesday, November 30, and referred to Gordo Viagra and individuals identified as Fillos El 85, Tierno, 14, and La Piña.

“What they want is to put fear back into the good people (…) to terrorize the people to charge fees to tortilla shops, cab bases, packing houses, avocado buyers, etc., not to mention all the kidnappings they carry out, the people have already opened their eyes, and that is why they are asking for our support,” said part of the message.

According to the banner, the people were asking for the support of the so-called four-letter cartel, and the message referred to a betrayal that allegedly occurred in 2014. One of the banners was placed on top of a metal fence, another was on top of a bridge, and another was near a fountain tied to a tree.

“You, GORDO VIAGRA, sow with heels or the lady, you are not going to win the war from Pinzandaro where you spend your time hiding (…) come to fight and come to kill innocent people from FILLOS EL 85, TIERNO, 14 and LA PIÑA to fight (…) we do have weapons to fight (…) the one you betrayed in 2014 is waiting here for you.”

El Señor Alfa signed the message: “Uruapan has an owner and belongs to the Lord of the Roosters,” said the narco-message, which had an image of roosters in the upper left corner along with the alias Mencho, alluding to Nemesio Oseguera Cervantes, who is also known as El Señor de Los Gallos (The Lord of the Roosters).

According to various investigations and reports by authorities, one of the CJNG leader’s favorite pastimes is cockfighting.

The CJNG has left several narco-messages in other parts of Mexico.

On Sunday, November 27, tarpaulins signed by the four-letter cartel appeared in Pedro Escobedo, Querétaro, claiming that the place belonged to El Mencho.

Following the appearances, the authorities implemented an operation to find those responsible. The Queretaro Police in Pedro Escobedo announced that information for the investigation was found through recordings and that the messages were found in the communities of La Lira and La Venta.

“Through video surveillance cameras, the first investigative data has been collected,” the Queretaro Police of Pedro Escobedo reported in a statement on its Twitter account.

One day later, on Monday, November 28, red containers were found with animal remains accompanied by messages from the CJNG.

For its part, the State Attorney General’s Office (FGE) of Queretaro announced an investigation to find the persons responsible. It confirmed that the remains found in the styrofoam containers belonged to pigs.

“The Forensic Services carried out the processing and analysis of the viscera left in styrofoam containers, and it has been determined that they are of animal origin, specifically of pigs,” said the FGE in a statement.

It should be noted that on both occasions, the messages were signed by an individual identified as Castro or Comandante Castro.