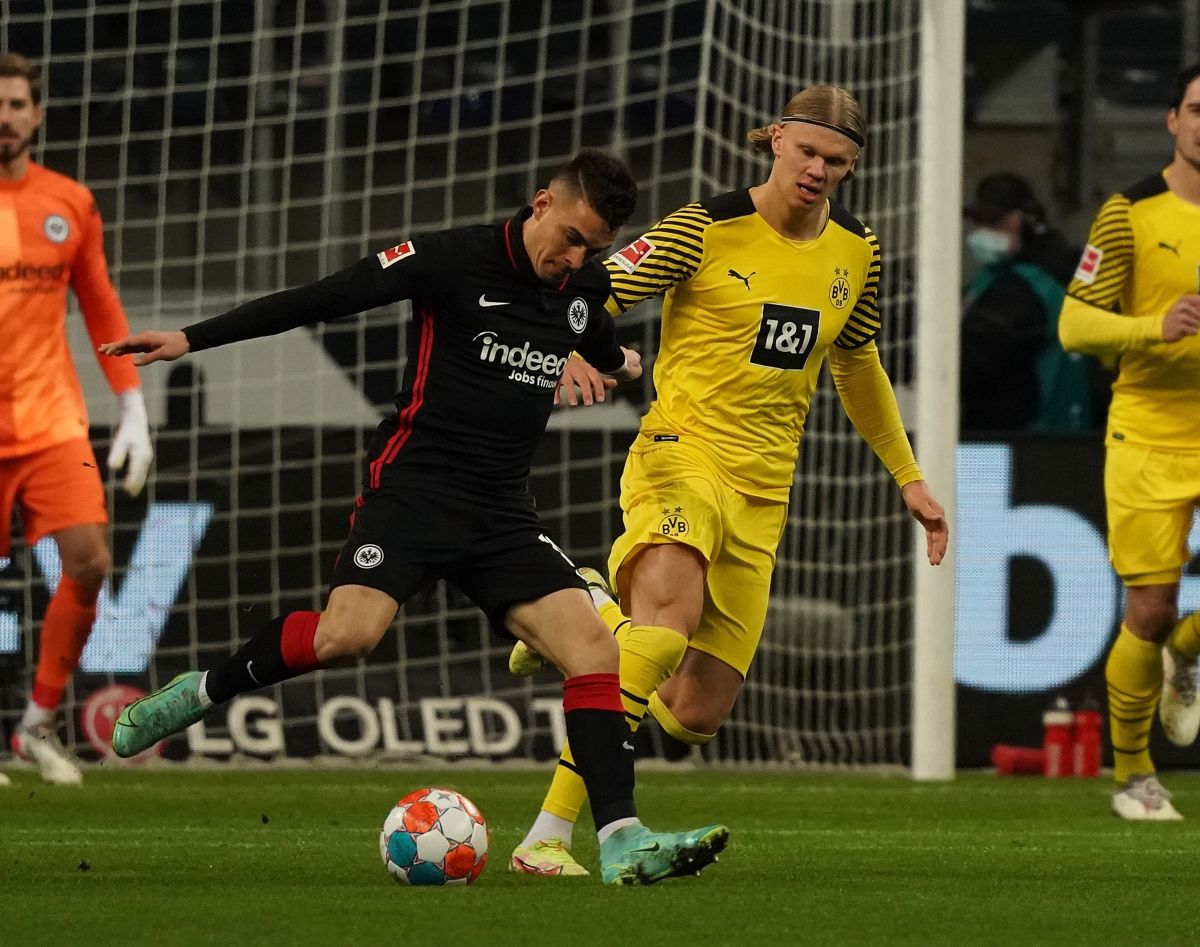 A week ago a strong clash between Rafael Santos Borré and the reckless Norwegian striker Erling Haaland. The problem was generated just before the end of the victory match of the Eintracht Frankfurt 3-2 over Borussia Dortmund. The Colombian footballer gave the European attacker a “kick” and Conflict broke out between teams.

The curious fact was the response of the striker of the Norwegian team. Erling Haaland with a correct Spanish reproached the Colombian for the entrance, something that surprised Borré himself.

Why was Borré tough on Haaland?

Clearly, the conflict did not arise out of nowhere. Although Erling Haaland demonstrates a calm temperament, the Norwegian had a gesture that disgusted the Colombian soccer player. I erased, blinded by annoyance, decided leave a message on the field.

“Haaland was a bit disrespectful when they got up on the scoreboard. He started to celebrate in the face of my companions without need. We didn’t do anything and it gave me a little impotence. That’s why we had that crash and I went looking for it”, revealed the soccer player of the Colombian team.

You may also like:
“It’s a shame to be like this”: Neymar Jr. is attacked by a former PSG player for his undisciplined lifestyle [fotos]
· Julio César Chávez Jr. argued with some Culiacán police officers who tried to arrest him
· With a few more drinks, Canelo Álvarez declared his affection for J Balvin: “I’m your brother, son of a dick”