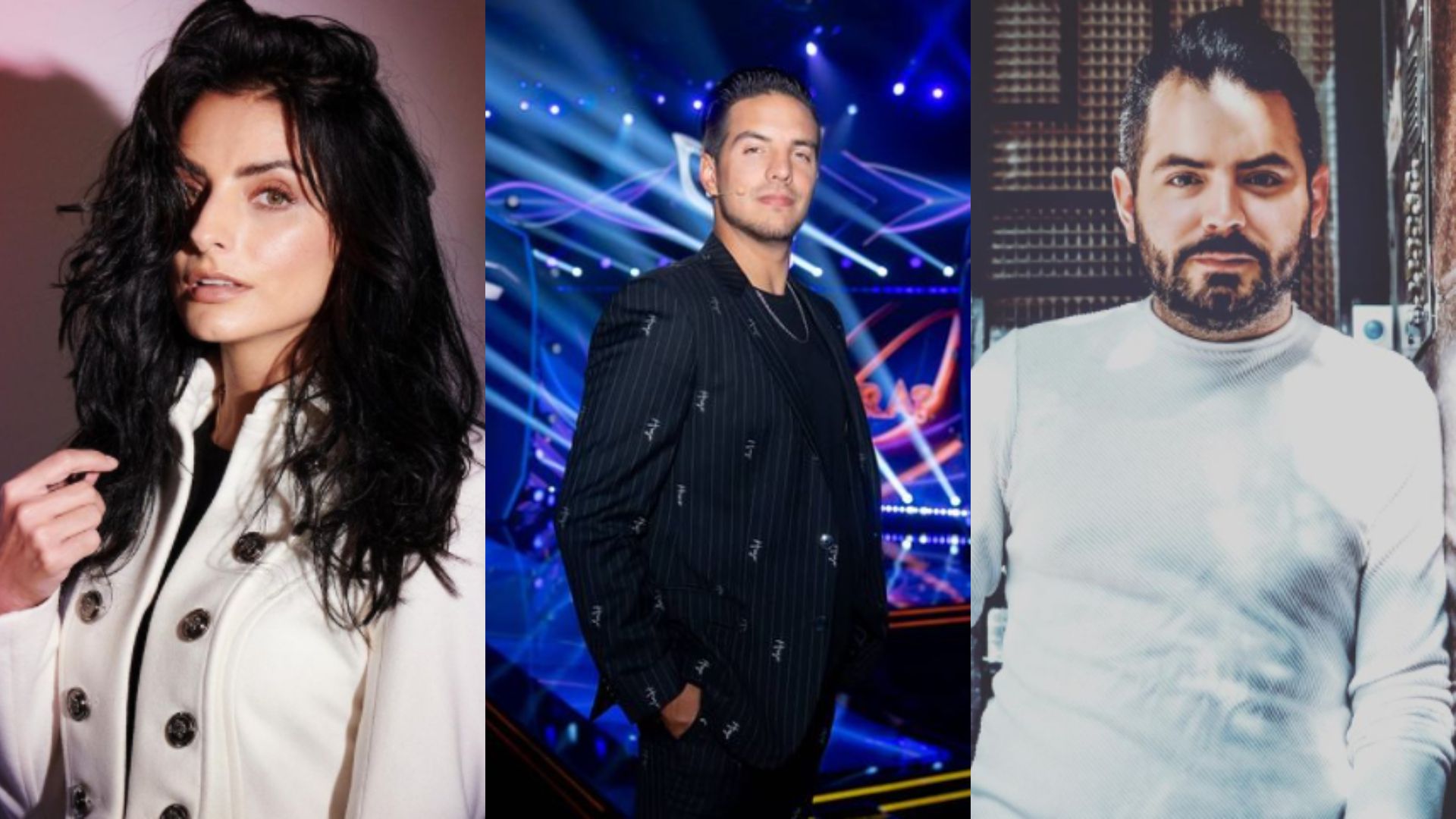 Aislinn Derbez sent a forceful message to Vadhir and José Eduardo. The brothers were absent for the classic photo with Santa Claus that the Derbez dynasty has performed for some years. The actress did not keep anything and went directly against her relatives.

Through her official Instagram account, the film actress published the tender family postcard. In this you see Eugenio, Alessandra Rosaldo, Aitana, Aislinn and their daughter, Kailani Ochmann. José Eduardo and Vadhir, who did not travel to where their father was, were conspicuous by their absence.

“This time in our photo with Santa every year I do not think photoshop Vadhir, nor José Eduardo is fought for not beingAislinn wrote in the description. “We miss them a shit”he added. I will photoshop”, He commented Jonathan Kubben, the influencer who is a partner of Eugenio Derbez‘s daughter.

The actor of tapes like To bad, Macho Y Do it like a man expressed his desire to see his brothers at the party of End of the year. “They better see us for the new year, hdspm”Aislinn wrote. “

In the format of story, Aislinn Derbez shared a reflection about the Christmas holidays and the role of the Internet in them. “When I enter social networks at this time I really keep thinking how the perfection shown here these days is too far from reality and expectations are sometimes made to break the heart, “he said.

“I remember that everything you see here is not reality. I think of all the infected who could not live together and were left alone, those who suffered an unforeseen last minute ”, added the young actress. He also mentioned those people who distanced themselves from their relatives due to arguments.

“However you spend these dates, remember that it helps a lot to focus on everything that we do have and that perhaps sometimes we take for granted”, Aislinn Derbez concluded her writing on Instagram.

Recently, Aislinn and her daughter Kailani were seen traveling with their family. The dynasty attended the Universal Studios, an amusement park located in Hollywood, California. They lived together with their father, Alessandra and Aitana. “Someone gave me a kissing fit as long as I give them their gift of Grinchmas. And she is my best gift in the universe, “wrote the actress.

During the family coexistence, a moment transpired in which Eugenio Derbez and his granddaughter Kailani Ochmann together with their Aitana played the piano. The Mexican comedian demonstrated his skills with the musical instrument, the same knowledge that he has taught to his relatives. The moving moment was captured by Aislinn Derbez, who was surprised by her father’s talent.

The Derbez family is one of the most recognized in the world of entertainment. Despite being the children of different mothers, Eugenio’s children have an unequaled relationship. Such was seen in his series Traveling with the Derbez, released on Amazon Prime. They repeatedly mentioned that although they do not see each other so regularly, the moments they share are unforgettable.

Although there is a notable age difference, sisters Aislinn and Aitana have shown to get along very well. The little girl is the daughter of Eugenio’s most recent marriage to Alessandra rosaldo. The relationship between sisters is so solid that they are constantly seen living together, also with Kailani.

Currently, the actress is in a relationship with the content creator Jonathan Kubben. Although the announcement was made at the end of November, the couple has confessed that they have been in a relationship for more months, they had only refused to make their courtship public.

Aislinn Derbez confessed why she fell in love with Jonathan Kubben