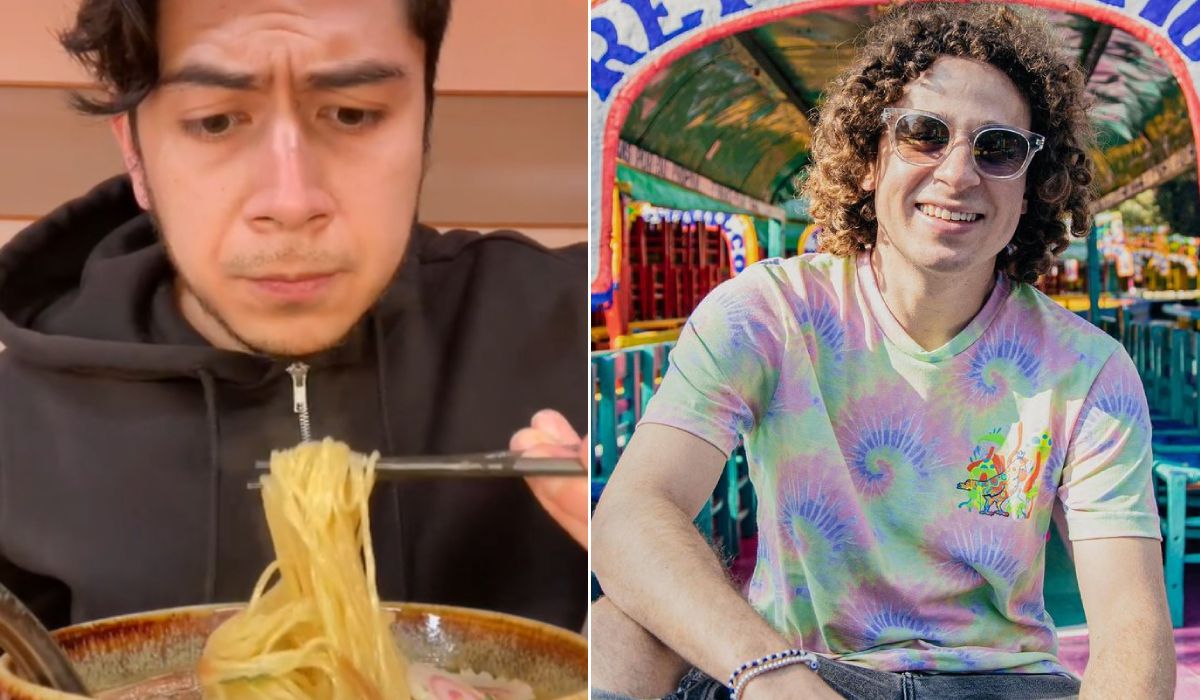 A viral video from TikTok had a tremendous impact on all social networks. Even the aforementioned clip has more than 2.5 million views. In the recording, the strong criticism of the tiktoker “Ubish Yaren” appears against the ramen restaurant of the famous youtuber from Mexico‘Luisito Communicates’.

Luis Arturo Villar Sudeck better known in the cyber world as ‘Luisito Communicates‘, is a celebrity of Internet who gained popularity on digital platforms for his numerous comedic content videos accompanied by curious facts.

Taking advantage of his ‘fame’, Luis Arturo Villar decided to venture into other areas. For this reason, ‘Luisito’ opted for the gastronomic industry and opened the food restaurant called “Deigo Ramen”, which is located in Mexico City.

Criticism of the ‘Luisito Comunica’ restaurant

In this sense, the tiktoker “Ubish Yaren”, who has 220 thousand followers on the Asian platform, visited this traditional ramen shop and questioned some aspects. According to the influencer in his clip, he waited for at least one to enter.

“After about an hour we entered to catch omicron, since there is not enough space between the tables, it was very full and they sat us on what looks like a kitchen sink”, the boy held in the post shared on his account @ubishyaren.

Although he assured that the ramen tasted good, “Ubish Yaren” criticized the excessive prices of some products within the food establishment.

What is Luisito Comunica famous for?

On April 14, 2012, Luis Arturo Villar Sudek opened the Luisito Comunica channel, which he described as “The coolest on YouTube”, which 9 years later has more than 6.9 billion views and 37.5 million subscribers, which makes it in the most famous influencer in Mexico, according to eluniversalpuebla.com.mx.

According to youtube.fandom.com, Luis Arturo Villar Sudek began in 2007 to upload video tutorials and piano covers on a channel called Piano Para Gente Cool, which failed. In 2012, he decided to create a channel called Luisito Communicates.

What is the name of Luisito Comunica’s store?

In 2019, he launched his brand El Rey Palomo, as his followers nicknamed him, which is inclined to the sale of garments such as t-shirts, jackets, sweatshirts and other accessories, all signed with his logo. His store is only online and all his products are unisex, he details Infobae.

What does Luisito Comunica study?

What are the most viewed videos of Luisito Comunica?

Nine years later, the channel’s first video has 1.6 million views. According to the portal eluniversalpuebla.com.mxLuisito Comunica’s most popular video was published in 2017 and is titled Tasting street food in China, with a total of 63 million views.

Why do they call Luisito Comunica Rey Palomo?

And it is that ‘Luisito’ has not only stood out in the world of social networks, because in 2018 he founded his own clothing brand called ‘El Rey Palomo’, alluding to the pseudonym with which he is known among his followers, he specifies Infobae.

How much does it cost to eat at Luisito Comunica’s restaurant?

Luisito Communicates has entered the business world through the gastronomy. And it is that the Youtuber has business of peruvian food, Japanese and even hamburgers. The prices of its most outstanding dishes start at $230 pesos (42.88 soles) for a ceviche and some mixed broths start at $165 pesos (29.7 soles) at its La Bolichera restaurant.

Where did Luisito Comunica learn English?

According to eonline.comLuisito Communicates was a teacher of English in a school that admitted students expelled from other institutions. One of his infallible methods for his students to learn quickly English It was through music. According to him, this technique does not fail.

What is the real name of Luisito Comunica?

How did Arianny Tenorio and Luisito Comunica meet?

In one more program of En Cortinas con Luisito, a podcast of the famous youtuber, the model Arianny Tenorio confessed that she began to connect with the famous man through social networks and recalled the first date they had more than two months ago, a period she described as “something beautiful,” says the Mexican portal Millennium.

How did Luisito Comunica start?

Luis officially began uploading videos to YouTube in 2012. Currently, he has more than 9.9 million followers of all ages, unfailingly sharing his adventures around the world, for five years now, indicates the portal. mexicanleaders.com.

What does Luisito Comunica do on his channel?

According to the Mexican edition of the magazine Forbes, the routine of Luis Arturo Villar Sudek, better known as “Luisito Comunica”, is not the same as two years ago. Today, the content creator divides his agenda between being a youtuber and managing his growing portfolio of businesses, which ranges from the restaurant and tequila industry to mobile telephony.

What is the name of Luisito Comunica’s girlfriend?

The Venezuelan Arianny Tenorio She was responsible for getting Luisito Comunica out of his bachelorhood. In 2020, both began a relationship and with this the youtuber announced that she was giving herself a new opportunity in love, after the unfortunate episode a few years ago.