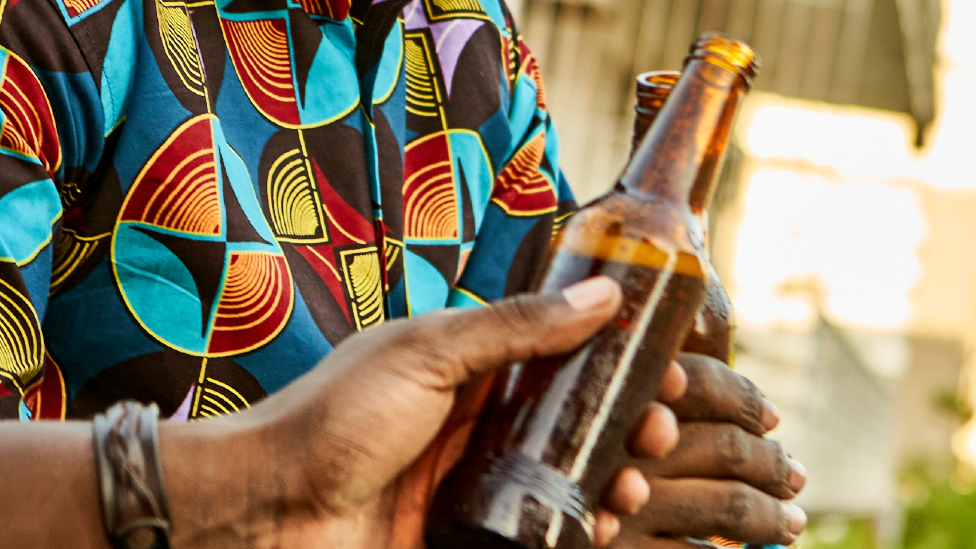 People who visit Rwanda are often surprised to find a country where things seem to work efficiently. It’s clean and tidy, offers lush views with abundant greenery, and wi-fi is good in its capital, Kigali.

In addition, its inhabitants tend to pay taxes; the services are reliable; the roads are safe: in fact, the government promotes it as “one of the safest nations in the world”.

Take the covid-19 pandemic as an example, during which Rwanda did not hesitate to take it by the horns. He quickly imposed lockdowns and strictly enforced them.

Today, more than 60% of the population is vaccinated, something that the British Medical Journal qualifies as a feat “in a continent that is a desert of vaccines against covid-19”.

For all this, and for his robust economic growth in the last decadeRwanda is nicknamed by some as “the Switzerland of Africa”.

But underneath the enforcement and landscaped flower beds that litter the Kigali landscape is a collective fear.

If you walk into a bar and try to start a potentially controversial conversation, you’ll be asked to shut up, and it’s very likely that your behavior is reported to authorities.

And those who are considered a real threat to the country are treated with a firm hand.

“It looks like the Switzerland of Africa, but it is an extremely repressive and frightening countryMichela Wrong, author of a recently published book on Rwanda titled “Do Not Disturb” (Do not disturb).

On the last Saturday of each month, everyone gathers in their neighborhoods to carry out a collective clean-up: they sweep the streets and collect the rubbish. This activity is known as the “Umugandha”which in Kinyarwanda, the official language of Rwanda, means “Community Work”.

A Rwandan, who asked not to be identified, explains that there is no law that force people to attend Umuganda, but there is a fear that you will get a bad reputation, someone will report you and your name will be registered as a troublemaker.

The camps to which the UK sends its asylum seekers under the new agreement signed with Rwanda are likely to be well organized, in contrast to the refugee camps built out of tents or plastic sheeting that are often seen around the world. .

The country, which has a population of 13 million, has already received more than 900 asylum seekers from Libya since 2019, under a joint agreement with the UN refugee agency (UNHCR) and the African Union (AU).

The asylum seekers were initially housed in Gashora, about 60 km from Kigali. UNHCR says it is not a refugee camp, but an “emergency transit” mechanism: more than half have already been relocated to Sweden, Canada, Norway, France and Belgium.

This UN site, whose structures are permanent, aims to to teachthem skills to help them in their new life, after they lived under terrible conditions in the Libyan camps.

The field has a driving school and offers language classes, among other things.

But when Denmark announced last year that it was planning a deal similar to the one just launched by the UK, the AU responded.

“Such attempts to stop migration from Africa to Europe are xenophobic and completely unacceptable“, accused the agency last August.

Africa has already received 85% of the world’s refugees “often in protracted situations, while only 15% are hosted by developed countries,” he added.

Michela Wrong affirms that it is a “cynical and amoral treatise”.

“It’s a deterrent for asylum seekers… whoever tries to flee the repression in Africa will be horrified to be sent to Rwanda”, he explains.

Unlike the UNHCR project, the disclosed details of the UK scheme suggest that asylum seekers would stay in Rwanda longer, “so they can resettle and prosper”, as the Home Secretary claimed.

It is unclear how many people Rwanda hopes to accept, given that it is one of Africa’s most densely populated countries, but UK Prime Minister Boris Johnson said they would need to send “tens of thousands over the next few years.”

Outside of Kigali, Wrong points out that Rwanda is a “poor agrarian society where every inch of fertile land is cultivated and actually has no space to accept refugees“.

No one expects much opposition in Rwanda to the move, as critics of Paul Kagame, 64, who led the rebel forces that ended the 1994 genocide and has been president since 2000.

Last month, Human Rights Watch issued a report on the prosecution over the past year of at least eight YouTubers deemed critical of the government.

One, who filmed and criticized soldiers forcibly ejecting residents during a slum clearance, has been sentenced to seven years in prison.

Critics fleeing the country have been persecuted and killed by Rwandan agents in exile, or put on trial, as is the case of Paul Rusesabagina, the hotel manager who saved the lives of more than 1,000 people during the genocide and on whom the Hollywood movie was based Hotel Rwanda.

After the genocide, in which 800,000 people died, Rusesabagina became a Belgian citizen and used his fame to speak out against President Kagame’s government, which he regards as repressive.

But in 2020, his family claims that he was kidnapped while passing through Dubai. He was transferred to Rwanda and sentenced to 25 years in prison for supporting a rebel group.

His daughter, Carine Kanimba, told the BBC that Rwanda showed zero respect for human rights: “Rwanda is a dictatorship, there is no freedom of expression, there is no democracy. In the last elections, the president won the elections by 99%, which tells you that this is not a democracy.

“I don’t understand why the British government chooses to send vulnerable people to a country that is known to oppress its own people.”

The reason may be in Kagame, who is a charismatic man, a lover of the Arsenal football club and motivated.

Many Western leaders, those who perhaps feel guilty of not Have done more to stop the genocide that now defines Rwanda abroad, they are in love with it.

“He’s very good at identifying the problems that keep Western leaders up at night and presenting them with a solution that appears to be effective and inexpensive,” explains Wrong, noting how Rwandan troops were sent to Mozambique last year to deal with a jihadist insurgency. .

Last year, Kagame said he was offering refugee centers for “humanitarian reasons.” But one of the few opposition parties in Rwanda has said that it’s all about money.

Western nations are impressed by Rwanda’s rapid economic development since the genocide and by the fact that corruption appears not to be a problem, even though donors issue human rights warnings.

The UK Conservative Party love affair with Rwanda It started in 2007, when they were the opposition, with something called the Umubano Project, founded by Andrew Mitchell.

This former Development Minister organized MPs’ trips to Rwanda every August to work on development projects and teach cricket.

A cricket charity linked to the project began fundraising and a few years ago the Gahanga Cricket Stadium, also known as Kicukiro Oval, opened on the outskirts of Kigali.

Some see the asylum seekers’ agreement as part of a sophisticated strategy to improve Rwanda’s imageas the country prepares to host the Commonwealth summit in June.

But Yolande Makolo, a spokeswoman for the Rwandan government, dismissed her critics, saying no one has been persecuted in Rwanda for having an opinion.

“We know the kind of situations that people from countries like those have been through and (Rwanda) is a place where they will be safe, they will be protected and they will be able to live decent lives and have the opportunity to develop their talents,” Yolande Makolo told the BBC.