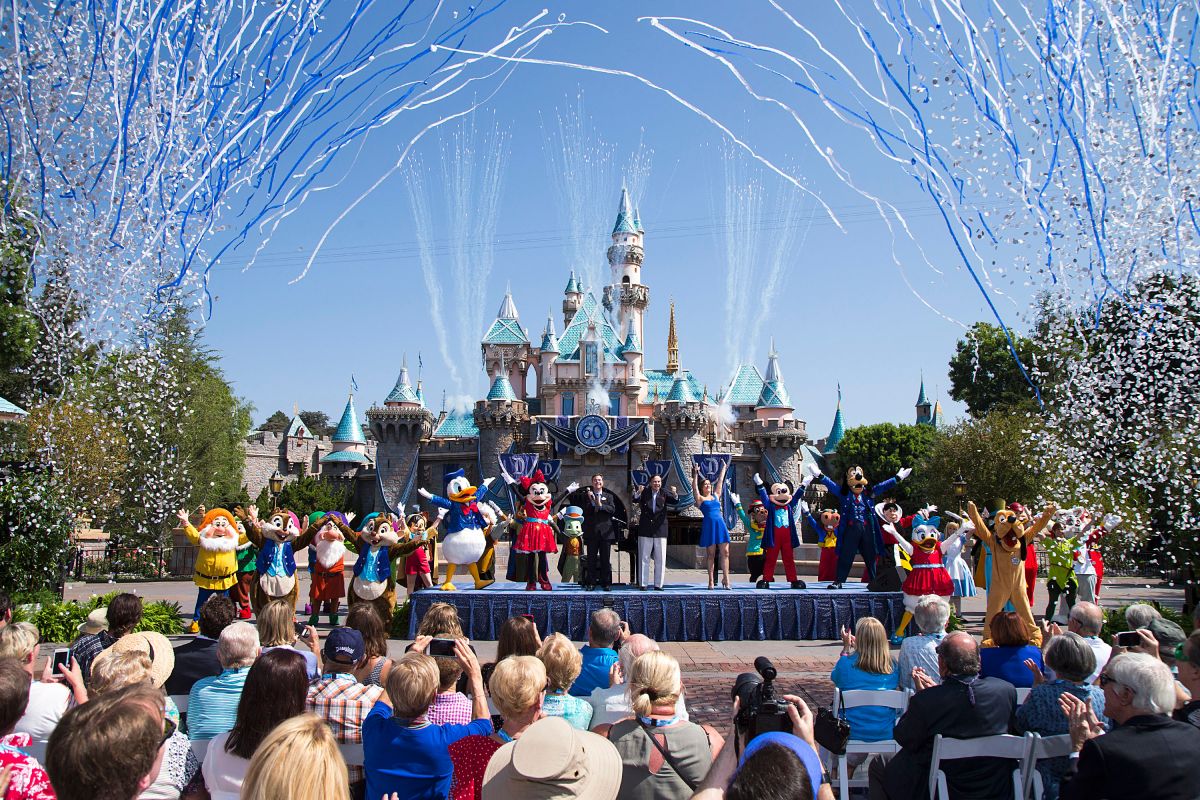 The $17 million Disneyland theme park was built on 160 acres of former orange groves in Anaheim, California, and was soon turning in staggering profits. Today, receives more than 18 million visitors a year, who spend close to $3 billion.

waltdisney, born in Chicago in 1901, he worked as an advertising artist before setting up a small studio in Los Angeles to produce cartoons.

In 1928, his short film Steamboat Willy, starring the character “Mickey Mouse,” was a national sensation. It was the first animated film to use sound, and Disney provided the voice of Mickey.

From there, Disney cartoons were in high demand, but the company struggled financially due to Disney’s insistence on constantly improving artistic and technical quality. His first animated feature film, Snow White and the Seven Dwarfs (1938), took three years to complete and was a huge commercial success.

Snow White was followed by other classic children’s films, including Pinocchio (1940), Dumbo (1941), and Bambi (1942). Fantasia (1940), which coordinated animated segments with famous pieces of classical music, was an artistic and technical achievement.

In Song of the South (1946), Disney combined live actors with animated figures, and beginning with Treasure Island in 1950, the company added live-action films to its repertoire.

Disney was also one of the first movie studios to produce movies directly for television. and his Zorro and Davy Crockett series were very popular with children.

In the early 1950s, Walt Disney began designing a huge amusement park to be built near Los Angeles. He intended Disneyland to have fun and educational value and to entertain adults and their children.

Land was purchased in the farming community of Anaheim, about 25 miles southeast of Los Angeles, and construction began in 1954.

Bankers and even Disney’s brother Roy, who was the CFO of his movie studio, they thought the ambitious project would lead to ruinbut the animation mogul borrowed against his life insurance and sold a vacation home to build what some in Hollywood called “Walt’s Folly.”

With your reputation and finances at stake, Disney pushed a frantic schedule to open Disneyland just one year and one day after construction began.

In the summer of 1955, special invitations were sent out for the opening of Disneyland on July 17. Unfortunately, the pass was forged and thousands of uninvited people were admitted to Disneyland on opening day. The park wasn’t ready for the public: food and drink ran out, a woman’s high-heeled shoe got stuck in the wet asphalt of Main Street USA, and the Mark Twain steamboat nearly capsized due to too many passengers.

In 1965, work began on an even larger Disney theme park and resort near Orlando, Florida.

In 1983, Disneyland Tokyo opened in Japan, and in 1992 Disneyland Paris, or “EuroDisney,” opened to mixed reaction in Marne-la-Vallee.