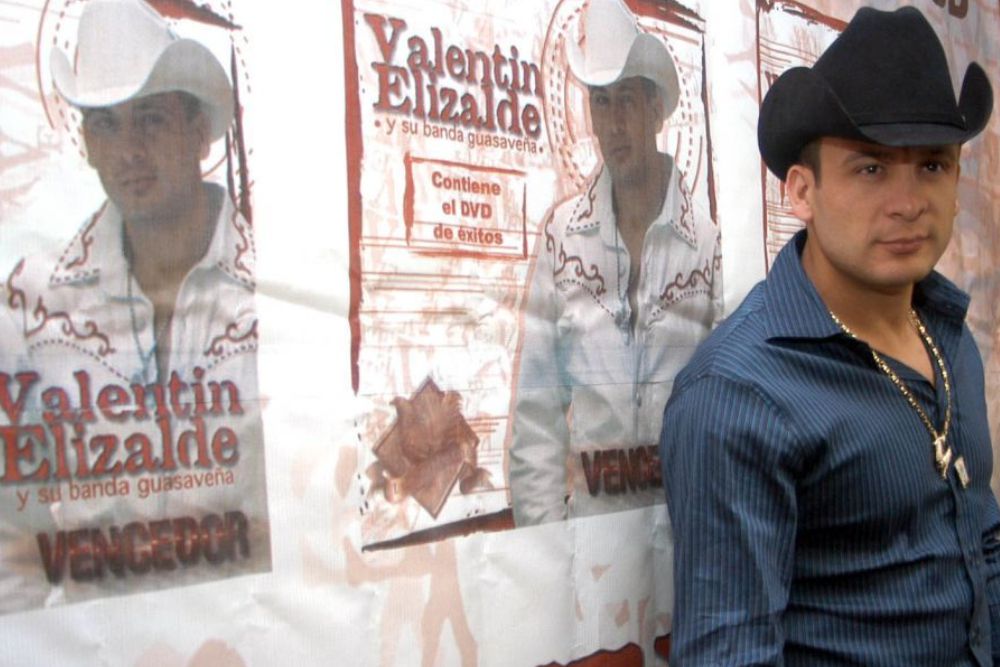 It is 15 years since the murder of Valentín Elizalde, the young man who with a fleeting career in the Mexican regional lost his life at the age of 27 when he was killed by a group of people after giving a concert in the north of the country, a hot zone for organized crime.

Therefore, relatives and followers of the so-called Golden rooster they have remembered this day the tragic moment when the interpreter of Go away and Tamed wolf He left this world for reasons that have not yet been fully clarified.

Has been his brother Juan Francisco Elizalde Valencia, better known as Rooster Elizalde, who shared on his social networks how did you experience that news that shocked not only your familyInstead, it impacted thousands of fans in Mexico and the southern United States.

It was on Instagram where, accompanying an image, the singer also shared the sad anecdote: “I will tell you a little plebes … It was at dawn this day when I was receiving the saddest call of my life because it was when my brother Flaco He talks to me and tells me that Vale had suffered an attack leaving the event”, He began to relate in his post directed to his 236 thousand followers.

Also read:  Video appears and they assure that it is Jenni Rivera

“When I heard everything he was saying, everything went into slow motion, I hung up the call and started dialing my brother in the hope that he would answer my cell phone saying: ‘Pacorro, I’m fine, it was just the scare” , he remembered.

Elizalde recalled the helplessness he felt when he did not get a response from his brother, who by then was already an outstanding figure of the Mexican regional and his personal “hero”: “My heart was falling apart again when I received no answer, I did not know what to think, where to go, who to call, my brother at that time was everything to me, my accomplice, my friend, my hero was gone forever “, wrote Gallo.

To finalize its meaning post, thanked all his brother’s fans for keeping alive the memory and musical legacy of the Golden rooster more alive than ever: “Today after 15 years his absence continues to hurt and I still love and miss him a lot, Thanks to all of you for keeping the memory of my brother alive ”, he concluded.

The violent tragedy that created a legend

Also read:  Demi Rose shows off her rear to the fullest wearing a sensual transparent outfit

In the early morning of November 25, 2006, after finishing his performance at the Expo-fair arena in Reynosa, Tamaulipas, Valentin was attacked by three men who blocked the way to the truck where he was traveling.

75 detonations were made which caused the death of the interpreter and his driver, Raymundo Ballesteros, his representative and friend, Mario Mendoza. Surprisingly, his cousin Faust Tano Elizalde, managed to come out alive from the attack.

According to official reports, there were 20 shots that hit the singer, who also received the fatal so-called “coup de grace.” There are different versions about what caused the bloody attack against Valentín, one of them is that the issue To my enemies, that he performed in his last presentation, Caused the ire of a crime-allied commando who had attended the event. Said song would be an anthem previously requested by a rival group to demonstrate superiority, and presumably it was the “execution signature” of the remembered singer, who was fired by around two thousand people to the rhythm of a band, who received his body at the airport in Ciudad Obregón, Sonora.

After his death, the legend and themes such as The most desired, I love you like this, The pale naive and The potato they became new classics of the genre. It was in 2008 when the Attorney General’s Office attributed the murder to Raúl Hernández Barrón, alias The Flander, former Mexican Army soldier who was part of the Gulf Cartel and the Zetas, and Jaime González Durán, alias The hummerHowever, it is still unknown who would have been the intellectual author of the bloody crime.

Also read:  Ninel Conde shows off her rear in black leggings and presents her "husband of lies"

Daughter of Valentín Elizalde remembered him with a moving video: “Always in my heart”

“I already gave the ring”: Tano Elizalde will marry the widow of Valentín Elizalde 15 years after the crime