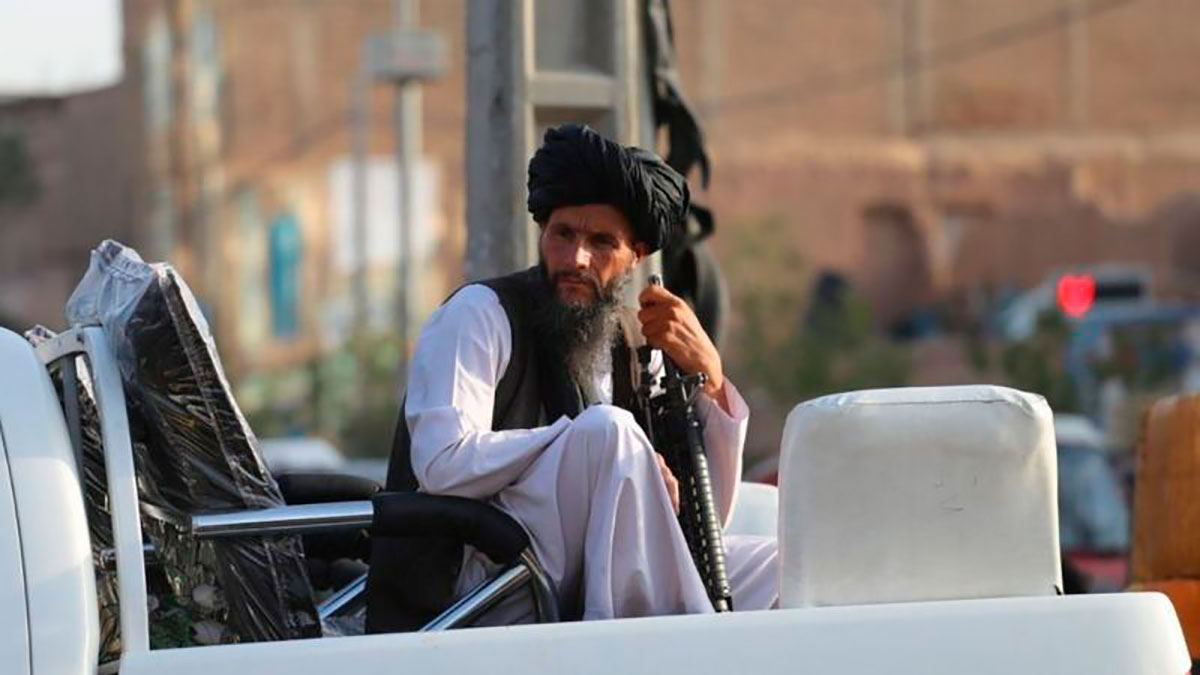 As the Taliban prepare to form a new government in Afghanistan, a woman tells the story of how her family was torn apart when her father disappeared during Taliban rule in 1999.

Friba, who resides in London, was 10 years old when he last saw his father at his home in the western Afghanistan city of Herat.

His family believes that he was kidnapped by the Taliban.

This is his story. The names have been removed to protect the identity of those affected.

Living under the control of the Taliban regime is like being in the middle of an abusive relationship. At first it’s okay. They make a lot of promises, they watch every step they take, they even keep some of their promises.

But while you are beginning to feel a false sense of security, they are carrying out their plans.

Soon when little by little the world is getting tired of Afghanistan and the media shifts to other news, the Taliban are strengthening their power every day, and the savage cycle begins anew.

My father was born in Herat and graduated from Kabul University.

After college he married and began working in a small team for the Afghan government at the time.

When the Russians left and the Mujahideen came to control power, my father found work in an NGO.

With the arrival of the Taliban in Herat, my father had the opportunity to flee, but he stayed. He loved his job and he loved Herat.

I will never forget my mother’s face

Life was brutal under the Taliban regime. My father had four daughters, whose education had been taken away, and a small boy.

But his job was rewarding, he had ambitions, for him and for us, and working with animals made life a little more bearable.

One morning in mid-June 1999, my father had just finished breakfast and was getting ready to leave for work.

Looked at me and he smiled as he rode his bike And he left.

A few minutes later, some neighbors appeared at our door with their bicycle. They said the Taliban had taken him.

I will never forget my mother’s face. I was in shock.

He took my five year old brother’s hand and ran out the door, desperate to find it.

That night my mother returned with the weight of the world on her shoulders.

There was no news of my father, where he could be or even if he was alive.

My uncles and some friends tried without luck to find out where he was being held.

Every day my mother visited the Taliban offices, but they refused to listen to her.

After exhausting all possible avenues, my uncle went to Kandahar as he had heard that the Taliban had taken some prisoners there. But there was no news.

Then he went to Kabul and Mazar-i-Sharif, but he wasn’t there either.

Our neighbors who had witnessed his arrest were sure they had seen how the same Taliban had taken other neighbors and then released them from a prison in Herat.

My mother was strong, a lioness, and she was not going to give up.

Against the advice of the family, he took my brother (because under Taliban rule, I could only travel with a man, even a boy) and went to Kandahar to the office of the leader of the Taliban, Mullah Omar.

The Taliban beat and threatened her. They said that if they saw her again, she would be stoned to death.

We cannot forgive the Taliban

Life under the Taliban went from living hell to a black hole of hopelessness.

My mother, fearing for our lives, decided to leave Afghanistan and take us to Mashhad, Iran.

In 2004, when things had improved in Afghanistan, we returned. We wanted to study and do something for ourselves.

Our father had hopes that we wanted to fulfill.

I still remember her nice smile and I keep the pen that he gave me.

We cannot cry it, and we cannot forget it.

As we watch the news about how the Taliban are taking Afghanistan again, I fear that history repeats itself.

Now I am married and I live in England. But I am afraid for my mother, my sisters and my brother, who are still in Afghanistan, and for the millions of families who will suffer pain and loss as we did.

His only crime, being born in Afghanistan.