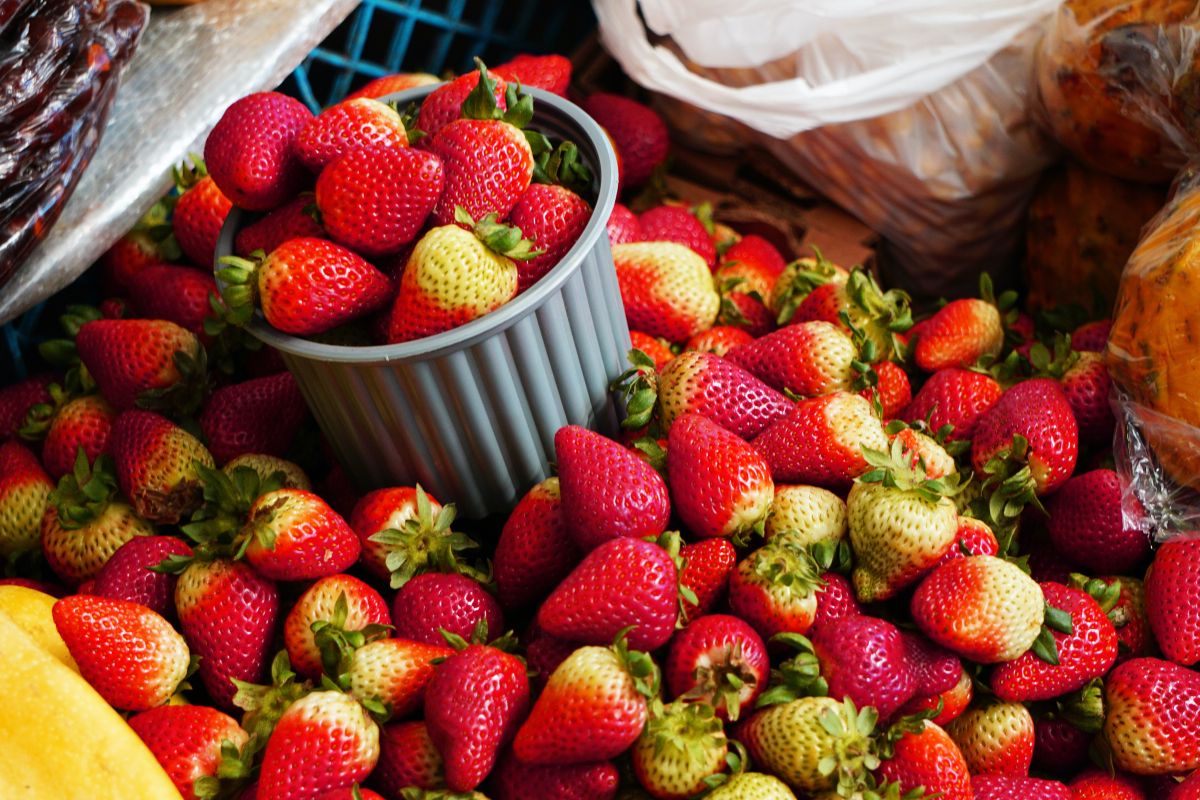 Bacteria and viruses are the most common cause of food poisoning. They usually produce symptoms that range from mild to moderate or even fatal depending on the type of pathogen. In such a way that this type of poisoning occurs through the consumption of food and drinks that have been contaminated, these viruses are characterized by being highly resistant to environmental factors such as lower pH (acidity) and heat. In some cases they are so powerful that their contagion persists for up to a month in food and water. And they tend to accumulate in the intestines of humans and animals, predominantly spread through feces and other body fluids. There are some that are a direct cause of serious diseases, to such a degree that they are responsible for a high number of hospitalizations and deaths in the United States. Today we will talk about the most lethal and risky for health.

Normally the contamination of food and water with viruses and pathogens is directly related to poor hygiene practices or through contact of food with animal waste or sewage. The truth is that there are foods that are more likely to be impregnated with these deadly pathogens, among the main ones are: fish and shellfish, chicken, eggs, dairy products, undercooked meats, fruits and vegetables. However, it is important to mention that food contamination can occur at any point in production: cultivation, harvesting, processing, storage, shipping or preparation. The most common cause is usually cross contamination, that is, the transfer of harmful organisms from one surface to another.

Food poisoning is also known as “Foodborne illness” and symptoms usually appear a few hours after consumption of the contaminated food. They present with signs such as diarrhea, nausea, vomiting, fever, dehydration, pain and abdominal cramps, although in many cases they usually resolve with adequate medical treatment and a soft diet. Some are fatal and lead to highly complex clinical conditionsBased on this, we undertook the task of investigating the most dangerous to health.

Listeriosis is a serious infection usually caused by eating food contaminated with the bacteria. Listeria monocytogenes. It is less common than other types of foodborne illness and the number of people affected is much lower overall, making it one of the deadliest. It is estimated that 1600 people get listeriosis each year and that approximately 260 die from the disease, it is also known that there are populations at higher risk such as pregnant women, newborn babies, adults 65 years of age or older and people with weakened immune systems. Unlike most foodborne pathogens, Listeria monocytogenes does not usually cause the typical symptoms of gastroenteritissuch as stomach cramps, diarrhea, nausea, or any other typical sign of food poisoning. This is one of the most worrying aspects since people who contract listeriosis they often don’t know they have it for a long time, until the disease reaches an extreme degree where it manifests as something much more serious, usually meningitis or septicemia.

Over time there have been all kinds of terrifying stories about food contaminated with E. coli, one of the most famous was an outbreak in Newberg, Oregon from strawberries collected on a local farm; several people became seriously ill and one person died. Another case was spinach contaminated with the bacteria Escherichia coli, which were shipped from California to Oregon, Wisconsin, New Mexico and many other western states, a situation that sickened 200 people and killed several. It is very common to be found in crops of some fruits and vegetablesHowever, E. coli can also live happily in human and animal intestines for a long time. It is important to mention that there are several strains of E. coli, which are mostly harmless and cause mild symptoms; however one of them is incredibly dangerous: E. coli O157: H7. While healthy adults generally recover from E. coli O157: H7 infection within a week, young children and older adults can develop a life-threatening form of kidney failure called hemolytic uremic syndrome. The truth is that E.coli contamination has become much more common in recent years and has even caused scandals for some of the most famous fast food chains. Such is the case an outbreak of contaminated lettuce that reached famous restaurants such as Taco Bell and Taco John, where more than a hundred people were sickened. It is by far the food poisoning that has caused the most hospitalizations and presents with symptoms such as severe abdominal cramps, bloody diarrhea, and vomiting.

The CDC estimates that each year in the United States, Salmonella causes one million cases of foodborne illness. It is probably the most prevalent bacteria, it is well known that it tends to spread in foods such as eggs and poultry; However, in recent years new cases have been discovered in other foods such as raw tuna, turkey and pork, fruit, vegetables (especially cucumbers), sprouts and pistachios. In 2010, salmonella was the subject of a major scandal, which led to several million eggs being recalled from farms and grocery stores. Salmonella illnesses are more common in the summer, the reason is the hot climate and together with the non-refrigerated food the ideal conditions are created for the Salmonella to multiply. It is therefore essential to ensure adequate refrigeration and freezing of perishable foods, prepared foods and leftovers within a period of no more than 2 hours. These types of diseases can be serious and are more dangerous for certain people, the symptoms of infection usually appear between 6 hours and 6 days after eating a contaminated food, but can take much longer. These symptoms include diarrhea, fever, and stomach cramps. Although the disease usually lasts between 4-7 days and people usually recover with the use of antibiotics, in some cases they end up in hospitalization. Anyone can get a Salmonella infection, but some groups have more likely to have a serious illness: older adults, children under 5 years of age, and people with weakened immune systems from conditions such as diabetes, liver disease, kidney disease, cancer, or their respective treatments.

Staphylococcal bacteria are normally found on the skin or in the nose even of healthy people and cause staph infections. It is well known that most of the time the presence of these bacteria does not cause major problems. However in some cases can lead to deadly staph infections This happens when bacteria invade the body and enter the bloodstream, joints, bones, lungs, or heart. The truth is that it is a disease that can be significantly life-threatening. Staph infections range from mild skin problems to endocarditis, an infection of the inner lining of the heart (endocardium) that is often serious. It tends to spread more easily in meat products, in fact there is an interesting reference in this regard: a research group from the Translational Genomics Research Institute found Staphylococcus aurea in 136 meat samples in four states and Washington, DC Worst of all, staph strains found in meat have been proven to are resistant to antibiotics, suggesting that cattle are becoming resistant to the antibiotics they are treated with prior to slaughter to prevent foodborne contamination. The study found that in 96% of meats with staph bacteria were resistant to at least one type of antibiotic and 52% were resistant to three or more types.

Surprised? Probably yes. The truth is that we don’t usually think of hepatitis as a foodborne illnessHowever, there is strong evidence of a direct relationship between contaminated food and water as a serious transmission route for this deadly virus. It is also associated with poor hygiene and sexual practices. The incubation period for hepatitis A is usually about 14 to 28 days, symptoms are moderate or severe They include fever, malaise, loss of appetite, diarrhea, nausea, abdominal discomfort, dark urine, and jaundice (yellowing of the skin and whites of the eyes). The worst outbreak of hepatitis A ever reported in the United States, claimed more than 660 victims, including four deaths, and came from green onions served at a Chi-Chi restaurant in Pennsylvania.