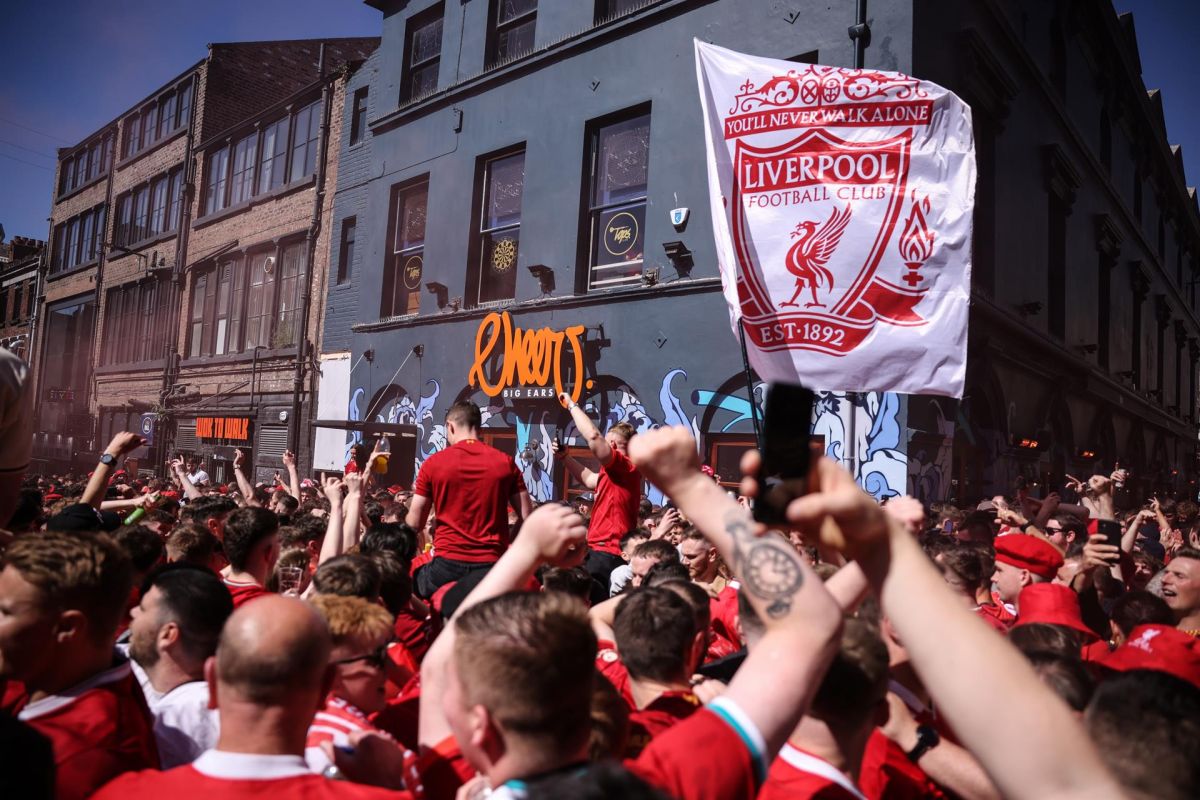 The chaos that was experienced in the final of the European Championship at Wembley less than a year ago was repeated today at the gates of the Stade de France. Robberies of fans, jumping fences, assaults and an alarming lack of security and control led to the delay of the Champions League final, something unprecedented in modern football.

Thousands of fans poured into the Saint Dennis field to try to circumvent security and take advantage of the flimsy French defenses, which were unable to stop the mob that attacked the gates.

An image that was very reminiscent of the one experienced in the European Championship last year, when a hundred fans managed to sneak through the Wembley disabled tickets, in the greatest organizational chaos that UEFA has experienced.

Broken bottles, glass, alcohol, drugs and a bottle that reminded of a pitched battle marred the final between Italy and England, which ended with 90 detainees, but not even that served to delay the match.

This time, the disaster reached greater heights, with fans waiting for more than two hours in the lines of Saint Dennis, with people plugging in the nearest subway to the stadium and with images of fans jumping fences and assaulting security personnel.

A few minutes before the start of the match, at the scheduled time (9:00 p.m. local time), Liverpool’s bottom had many holes. Striking was the song of You’ll Never Walk Alone, which did not even have 50% of the throats that should have accompanied it.

The chaos also affected the teams, who withdrew from the warm-up 20 minutes before 9:00 p.m. and had to take the field a second time, to go back to pre-match exercises.

The Real Madrid fans responded to the announcements of delay on the video scoreboards with chants of “out, out”.

In total, it is estimated that between 50,000 and 60,000 Liverpool fans have traveled to Paris, most of them without a ticket, because of the 20,000 that the English team received, it distributed some 16,000 to its fans. The total capacity of the Stade de France is close to 80,000 seats and the last Champions League final it hosted was in 2006, when Barcelona beat Arsenal 2-1.

Following the scandal of the Euro final, Wembley security has been improved, with several police cordons and a ban on drinking alcohol in the vicinity of the stadium.

. A hundred Liverpool fans are left without a trip to Paris for the Champions League final

. The flag of Liverpool fans on Luis Díaz that has upset Colombia