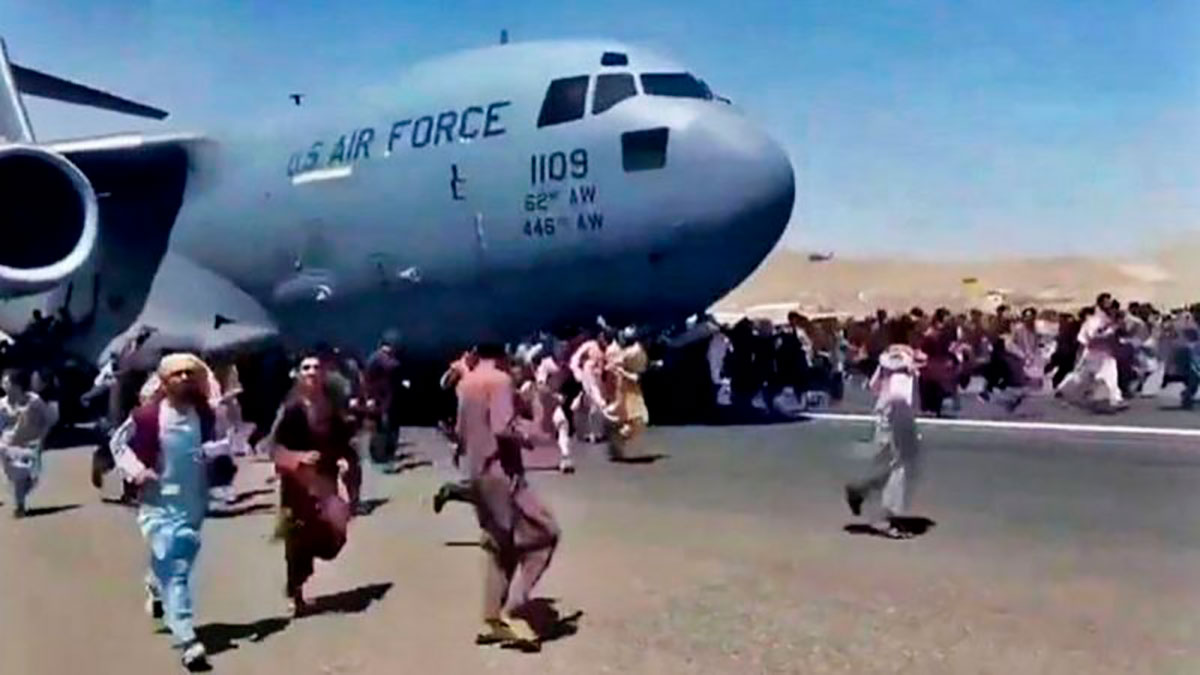 At least seven people were killed Monday at the airport in Kabul, Afghanistan’s capital, amid scenes of chaos and despair as thousands of people scramble to find a place on flights to flee the country and escape the Taliban.

Since Sunday, when the Afghan capital fell into the hands of the radical Islamist group with almost no resistance, the airport facilities have been filled with people, both diplomats and contractors and Afghan civilians, seeking to escape fearing reprisals.

Many embassies used the airport to issue emergency visas, although the delayed process and few available flights led to rapid crowding at the only airport operating in the entire country.

The United States announced on Monday that it would deploy another 500 soldiers to the airport (Besides 2.500 that there was already deployed there) and that it would take control of air operations, but this did not manage to calm the situation at the airport, that should have suspended flights.

Thousands of people crowded in front of the terminals and some even jumped the walls and fences, entered the runways and tried to get on the planes that were taking off.

The Pentagon confirmed that its forces killed two men it said were armed, while five others appear to have lost their lives in unclear circumstances, possibly while trying to climb into the planes as they take off.

According to reports, US forces fired into the air to disperse people trying to get on the planes by force.

Pentagon spokesman John Kirby said his country’s forces are “working to restore security” and hope to resume air operations “in the next few hours.”

The US government announced Monday that it had reached an agreement with the Taliban to allow Americans to leave the country without interference and threatened to take military action if rescue operations are interrupted.

However, according to CBS News, the BBC’s US partner, the situation at the international airport is so “tense” that US officials are considering evacuating all its citizens and leaving Afghans behind.

In social networks, numerous images and videos show scenes of chaos at the Kabul airport.

One of the videos, which the BBC has not been able to independently verify, appears to show Afghan civilians clinging to the side of a US military plane preparing for take off and others sitting on the sides of the aircraft, as a crowd rush to their side.

The recording went viral on several social networks, with users commenting on its symbolism: the US plane escaping to safety and leaving behind the Afghans who were running desperate for their lives.

Other images show dozens of people climbing on the planes or on the walkways that connect the terminals with the aircraft.

Video: People run on tarmac of Kabul international airport as a US military aircraft attempts to take off. pic.twitter.com/9qA36HS0WQ

Other images show Apache helicopter gunships flying over runways, trying to fight their way through crowds or passengers sitting on the doors of planes.

Numerous airlines, including British Airways and Air France-KLM, announced that they will avoid Afghan airspace.

According to CNBC television, United Airlines changed the route for its flights to India, while others such as Flydubai and Emirates have suspended flights to Kabul.