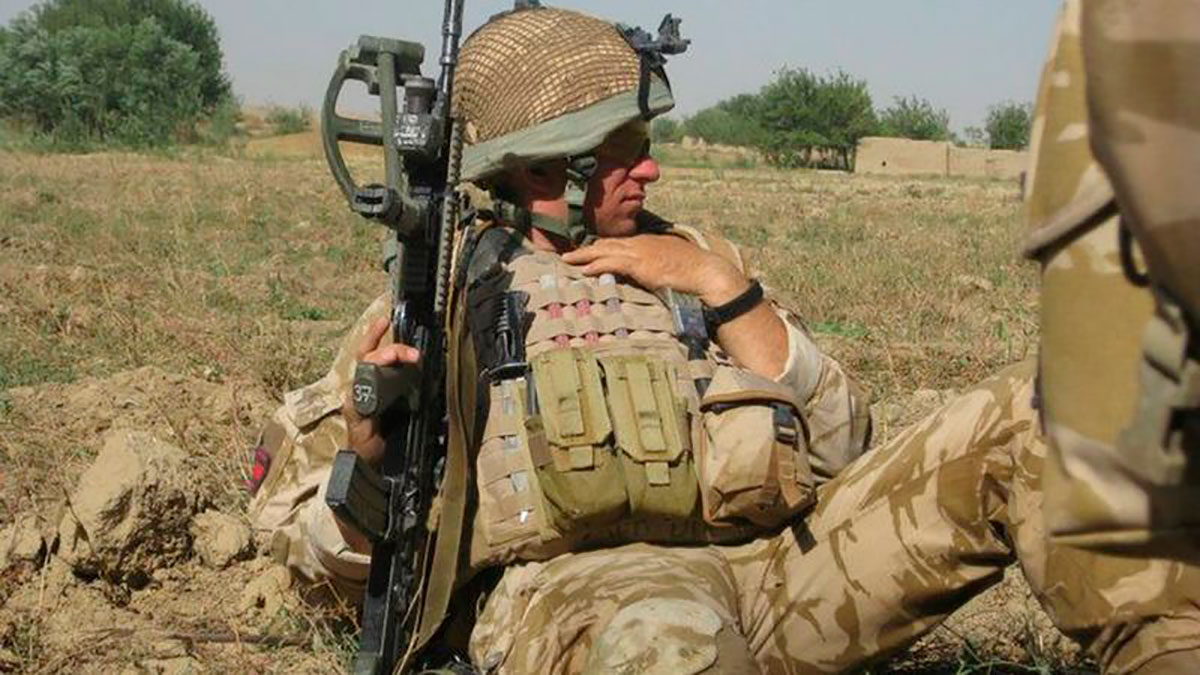 After 20 years of a war that has claimed the lives of thousands of soldiers, seeing what is happening in Afghanistan is very hard for former British and American soldiers.

They and relatives of the deceased they feel that everything has been “in vain” as the Taliban take over the country they fought in.

What Jack Cummings, a former member of the British military in Afghanistan who lost both legs during his second mission to the Middle Eastern country.

Seeing the latest events, he wrote a message that was shared thousands of times on Twitter: “Was it worth it? Probably not. Looks like I lost my legs for nothing. That my companions died in vain ”.

“I am angry, I am sad, I feel betrayed. I lost my legs for our country and seeing what is happening in Afghanistan is horrible and heartbreaking, ”he later told the BBC.

“It has totally left me in a nonsense and I know that I am not the only one. Talking to my teammates, they all feel it. And some are struggling right now.

The testimonies that the BBC has collected coincide with what Cummings says.

Mike Jason, a retired colonel in the US Army, was on the job for 24 years and has a hard time believing how the Taliban regained Afghanistan in just a few weeks.

“It’s frustrating. It’s maddening. The speed at which it began to collapse makes it very difficult to understand. It’s faster than our ability to process our experiences of the last 20 years, ”he says.

As an “idealist,” he says he sought to “do good” in Afghanistan.

“When we arrived in Afghanistan, it was a lesson in empathy, working in foreign cultures, seeing a beautiful country with a rich history. It was worth it? Was my role worth it? At the time I thought I had done something good, but now I need time to reflect, ”says the colonel.

The US lost more than 2,000 military personnel in the 20-year campaign in Afghanistan and another 20,000 were injured, while the UK saw more than 450 deaths among its ranks.

The fallen “in vain”

What happened in cities like Kabul has affected not only the retired military, but also those who saw their loved ones die on Afghan soil.

From Scotland, Janette Binnie says her son’s death Sean Binnie, 22, today it seems like a sacrifice “in vain”.

“He came out to make a difference,” he said. “And that difference has not been achieved.”

Sean Binnie died while on patrol with a Scottish team called the “Black Guard” in Helmand province in May 2009.

His mother says she watched with dismay as the Afghan capital, Kabul, fell to a Taliban offensive as President Ashraf Ghani fled the country.

“I am so proud of my son. He did what he had to do as a British soldier. But now I feel like his memory is damaged by this. It was all in vainJanette Binnie laments.

Other ex-military men are still trying to make sense of recent events.

Captain Jeremy Caskey was also in Afghanistan. His brother, Marine Corps Sergeant Joseph Caskey, was killed in combat in 2010.

“It has been very difficult. You always want to know that what you are doing has a purpose and a meaning, but purpose and meaning don’t just come with victory. I think sometimes [el significado] It comes in sacrifice and experience, ”says Caskey.

“Are we better? Is the country better? Are they better? It’s hard to say, ”he considers.

In contrast, Christian Easley believes the current circumstances in Afghanistan do not change his perspective at all.

Easley was the Air Force recruiter who helped train the American sergeant Dylan elchin, who was killed by a roadside bomb in Afghanistan.

“Dylan had to follow his orders to accomplish his mission. He did everything that was asked of him and more, ”Easley said.

“Regardless of what happened in the past week, i knew dylan did everything right“.

The withdrawal, a mistake?

America spent US $ 822,000 million in war and in training Afghan forces, only to witness the rapid conquest of the country by the Taliban.

More of 800,000 military from that country were deployed during the longest war the United States has ever waged.

The rapid way in which the Taliban regained power, however, made sense to some ex-military personnel who spoke to the BBC.

Michelle Dunkleyof the US Air Force says it is “disappointed” with the way the US approached the withdrawal.

“It is very sad. I feel so bad for all Afghans, ”he says.

“Did we do a full assessment of the capabilities of the Afghan army? I do not think so. We train helicopter pilots. We supposedly train your soldiers. But apparently we didn’t do a good job, “adds Dunkley, who was in Afghanistan in 2016.

The American Kyle hanson, who was in combat from 2006 to 2012, blames the government of Donald Trump and Joe Biden for the current situation.

“War is an extension of politics. Our army did everything possible and our politicians let us and afghans down“, He points out.

“I’m not surprised how quickly the Afghan army fell: the Taliban were given a lot of time to prepare and were given almost exact dates to work. It was known that this would be what would happen when we left. “

US Colonel Mike Jason quoted a colleague of his who said: “We created an army for a country that did not yet exist.”

“The Afghan Army he felt no loyalty to a government he considered corrupt and illegitimate. I don’t know if more American troops would have stopped the inevitable. I don’t know if anyone who has worked in the field is particularly surprised by the result, ”he says.

The negative effect on both sides

In addition to regretting that the two-decade effort has led to the Taliban’s resumption of power, the former military fear what the people of Afghanistan will now face.

“I feel so bad for all Afghans. Especiallywomen which will now be carried back to the Middle Ages under the Taliban, ”says Michelle Dunkley.

For Colonel Mike Jason, the “tragedy” is that there are many Afghans who fight for “their children to grow up and be safe” and now they have been left in uncertainty.

“I have been exchanging text messages with a senior Afghan official in hiding at the moment. His family is in hiding. There is a crisis in real life, ”he explains.

“For veterans, this is not about us at this time. Our friends are in real danger today. It is not over yet. This is not the time to feel sorry for ourselves, ”explains Jason.

For Matt Zeller, a former US military who fought in Afghanistan, Washington should “move heaven and earth” to save Afghans who collaborated with the occupying forces.

“Any Afghan we abandon we’re leaving it to a modern version of the nazis“, He points out.

But another British military man, who asks to be identified only as Stu out of confidentiality with his current job, warns that the return of the Taliban may reopen the wounds in the West of many ex-military and the loved ones of the deceased.

“The sad thing is that the families are still grieving. I can’t imagine what they’re going through, ”says the retired military man after 16 years of service.

“Possibly one of the only consolations they could hold onto is that they have done something significant and made a difference. Y feeling that it was not like that must be unbearable“, Explain.

Ensures that several colleagues have taken their own lives in recent years.

“There comes a point where it is already too much.”