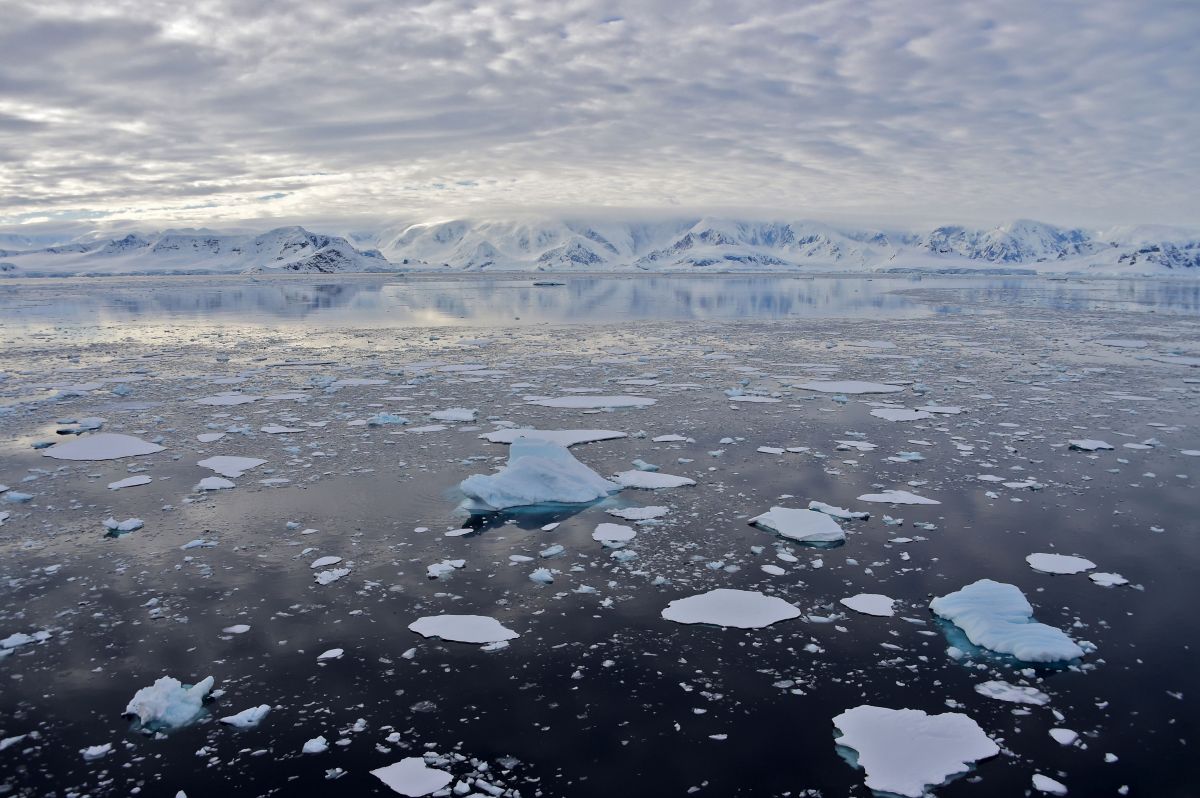 The so-called “Doomsday Glacier” in Antarctica, so called because it is huge and is collapsing, continues to generate alarming news, as is losing ice at its fastest rate in 5,500 years, raising concerns about the future of the ice sheet and the possibility of catastrophic sea level rise caused by the melting of the frozen continent.

Scientists from around the world are part of a multi-year, $50 million international effort to study the glacier by land, sea and underwater during the brief time remote ice can be reached during the Antarctic summer. The gigantic glacier is the size of the Florida peninsula.

However, a report from the Live Science site details a new finding, which comes from a study of prehistoric marine deposits found on the shores surrounding Thwaites Glacier and neighboring Pine Island Glacier, both located on the Antarctic Ice Sheet. western.

Dylan Rood, an Earth scientist at Imperial College London, stated that, “These currently elevated rates of ice melt may indicate that those vital arteries at the heart of the West Antarctic Ice Sheet have ruptured.leading to accelerated flow into the ocean that is potentially disastrous for future global sea levels in a warming world.”

The Thwaites Glacier, located in western Antarctica, is the widest on Earth, with an extension of about 120 kilometers and a depth of between 800 and 1,200 meters in its line of contact.

Thwaites is known as the “Doomsday Glacier” as its collapse could trigger a cascade of glacial landslides in Antarctica.and the latest research on the frozen continent suggests that doomsday could come sooner than expected.

What is alarming is that the rate of ice loss from the glacier has accelerated substantially in the past three decades due to hidden warm seawater rivers running through the bottom of the glacier and climate change warming the air and ocean.

Additionally, this melting from below weakens glaciers and makes them more prone to fractures at the surface, which could spread throughout the ice sheet and potentially cause it to break off. If the entirety of the West Antarctic Ice Sheet were to break off and melt into the sea, it would raise global sea levels by about 3.4 meters.

Read more:
Man dies in New York subway after being trapped between the car and the platform
High school students spray alcohol and burn classmate in Mexico
They capture Putin tense and with swollen hand veins, increasing rumors of possible illness