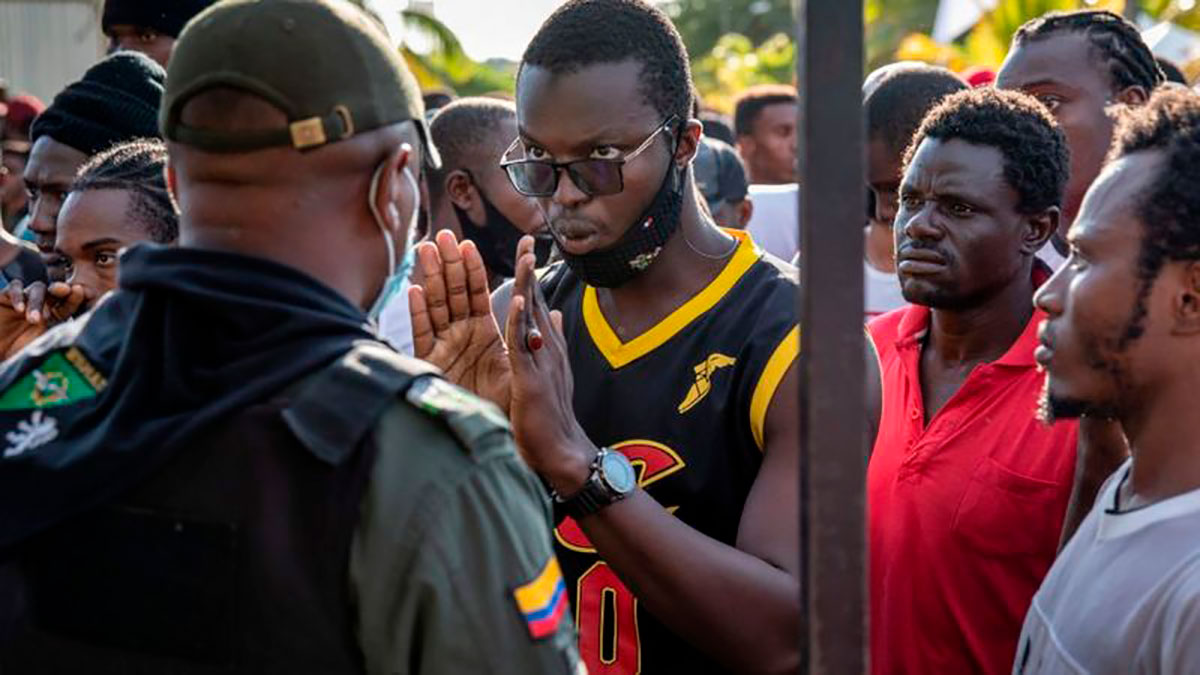 About 50 lifeless bodies have been found in the jungle of the territory known as the Darien Gap, between Colombia and Panama, so far in 2021.

This was pointed out by officials of the Office of Legal Medicine who work in the region.

Less than a week ago, officials from this office proceeded with the burial of 15 bodies of people who died while trying to cross this dangerous step in a common grave in the Aguas Frías municipality cemetery.

And they confirmed that it was the third burial that they did this year.

The increase in fatalities in this region of the Americas is partly due to upward in the last few months from the amount of migrants trying to cross the area heading north with the idea of ​​reaching the United States.

And especially of Haitian citizens who, after the deep social and economic crisis living in their country, started a massive exodus.

Official reports indicate that at least 90,000 people have tried to cross the Darien Gap in 2021.

On their route they must cross a dense jungle area between Colombia and Panama from which many cannot get out alive.

“That figure is a minimal amount of what there are of human remains throughout the journey,” José Vicente Pachar, director of the Institute of Legal Medicine and Forensic Sciences of Panama, told reporters.

“Many of them die naturally, for example, they have a heart attack, they fall, but no one is going to pay attention to them. They stay there or they are assaulted, or the stream of water comes and takes the corpses away ”.

At BBC Mundo we have repeatedly traveled to this area of ​​Latin America to find out what is happening.

Recently, the correspondent in Colombia, Daniel Pardo, traveled to the site and wrote a report on African migrants who risk crossing the region.

You can read the chronicle by doing click here.

In 2017 and 2018 we were also in this area of ​​the continent and we narrated it in these two reports about how it is in fact to cross this plant wall (What is it like to cross the Darien Gap, the most inhospitable region of Latin America) and also on how migrants have influenced the area during their passage.