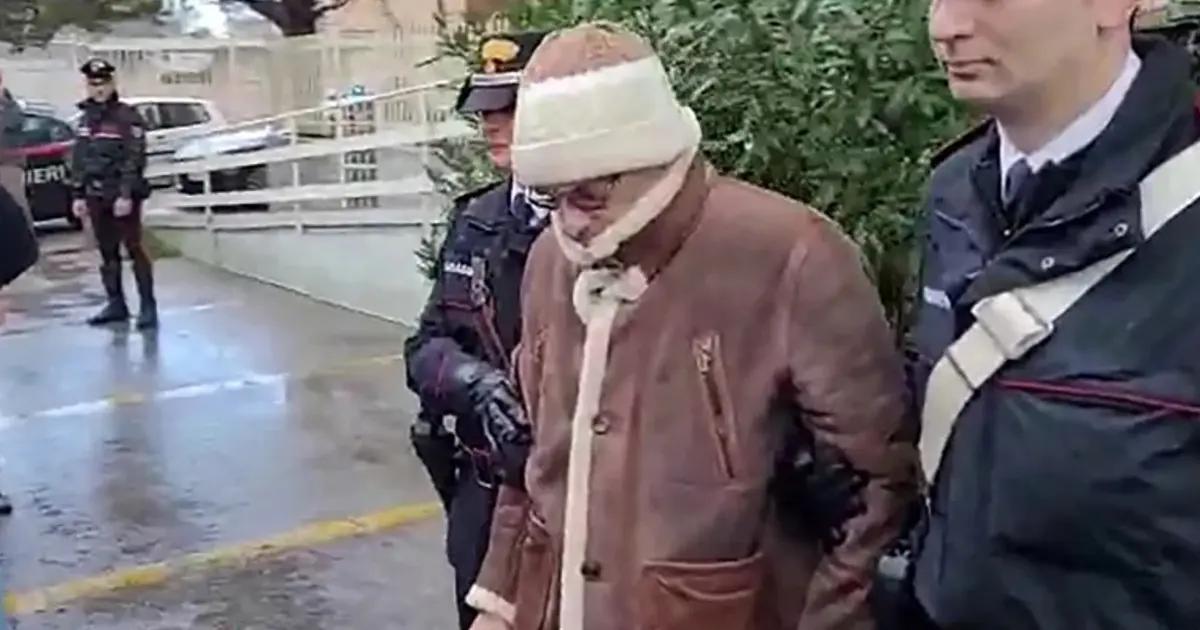 ROME – The arrest of Sicilian mafia boss Matteo Messina Denaro deals a blow to the mythology of the Cosa Nostra, toppling a symbol of the group’s resistance to police efforts to crack down on organized crime.

Messina Denaro, 60, was Italy’s most wanted mafia boss and had been on the run for three decades. He had been sentenced “in absentia” to life in prison for his role in the 1992 murders of anti-Mafia prosecutors Giovanni Falcone and Paolo Borsellino.

The boss used the identity documents of Andrea Bonafede, a man from Campobello di Mazara, and he was caught together with an incensed olive merchant, Giovanni Luppino. The boss had also previously used this identity to undergo two surgeries, one during the pandemic and the last in May.

According to the findings of the investigation – by cross-referencing various databases of the National Health Service and the Ministry of Economy – Andrea Bonafede was not under the knife at the time of the surgeries. Starting with this information, the investigations developed – without statements from collaborators of justice nor anonymous tips but by cross-referencing all information – arriving at the “strong suspicion that perhaps it had come to him,” they explained at a press conference.

And today-between the visit of Premier Giorgia Meloni, Undersecretary Alfredo Mantovano, and the commander general of the Arma, Teo Luzi-in the corridors on the second floor of Palermo’s courthouse, there was an air of “buzz” and enthusiasm, albeit restrained.

Even the prosecutor’s historical memory, Deputy Paolo Guido, was pretty reluctant to make statements. However, he has been following the investigation into the search for Italy’s fugitive, former No. 1, since 2007, and smiled and shared a few hugs.

He says, “These days I have slept very little, tonight practically nothing. The certainty that it was him,” he added, “we got it only this morning.”

Cosa Nostra’s difficulties before and after Messina Denaro

Experts describe Cosa Nostra, whose fame was amplified by films such as “The Godfather,” as an ailing criminal group facing a number of difficulties, including competition in the highly lucrative drug market.

Although the Cosa Nostra retains control of its Sicilian territory and the ability to infiltrate the wider economy, it has been supplanted by groups like the Calabrian ‘Ndrangheta in the drug trade.

“Messina Denaro was the last godfather, representing all the secrets of the Cosa Nostra. It is the end of a myth, and the organization will have to come to terms with it,” says Anna Sergi, an expert on organized crime at the English University of Essex.

Sergi said it was unclear who would replace Messina Denaro in what is now a more factionalized mafia.

“If Cosa Nostra wants to rebuild the leadership it had in the past, it needs guidelines, but there are no big bosses anymore,” Sergi told Reuters, adding that he expects the group to try to rebuild connections with clans in the United States.

Shed light on the massacres

Messina Denaro was one of the masterminds behind the Cosa Nostra’s bombing strategy of the early 1990s, which sparked national outrage and forced politicians to act, introducing waves of anti-Mafia laws and making hundreds of arrests.

“That ‘declaration of war’ against the state undoubtedly meant a weakening of the organization that fostered other groups, such as the ‘Ndrangheta,” says Federico Cafiero De Raho, a former national anti-Mafia prosecutor and lawmaker for the opposition 5 Star Movement.

Any revelations by Messina Denaro about the group’s activities – including the 1993 bombings in Florence, Rome, and Milan, in which 10 people were killed – could be a major new development.

“According to all indicators, he had a role in the bombings, and further developments are possible,” said Gian Carlo Caselli, chief prosecutor in Palermo at the time of Riina’s arrest.

Riina and Bernardo Provenzano, the two main leaders of the Corleonesi clan, refused to speak to investigators after their arrest, but other important members of the organization did break the code of silence.

Federico Varese, a professor of criminology at Oxford University, said the fact that Messina Denaro – a native of a village in western Sicily – was arrested in Palermo, the island’s capital, says a lot about how the Cosa Nostra continues to operate.

“The mafias are not really global, fluid,” he told Reuters. “On the contrary, they are very rooted in their territory, and fugitives who want to maintain some kind of control and role in the organization hang around where they operate.”