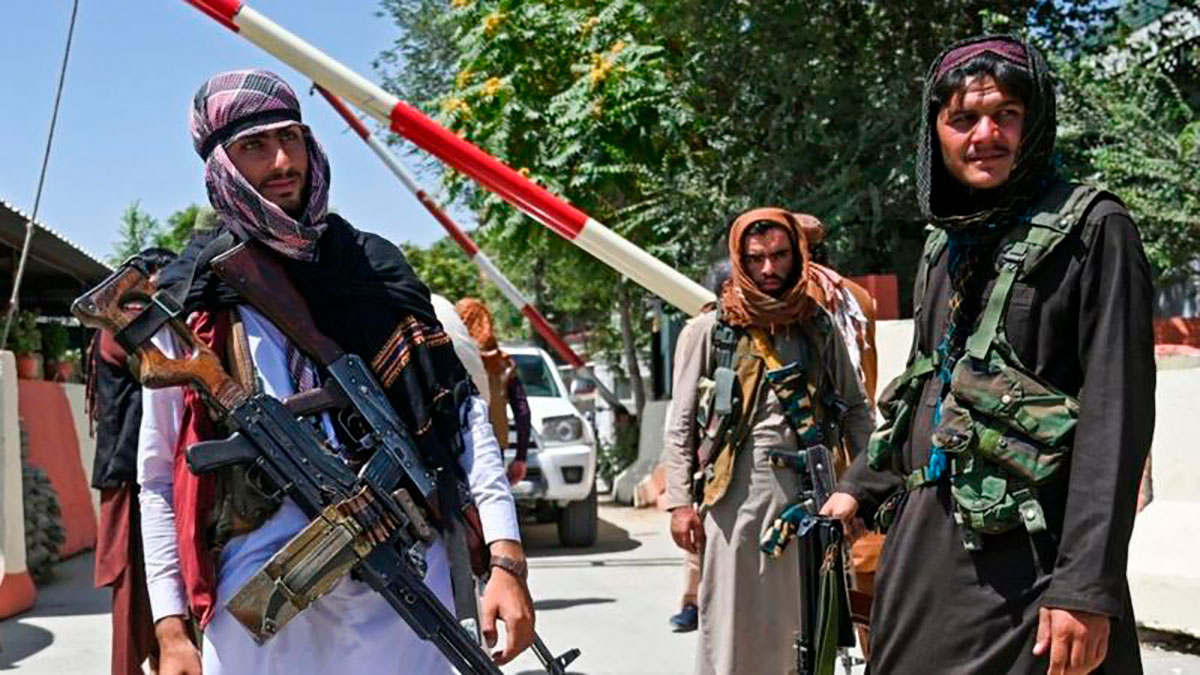 In the remote pine-covered valleys of Afghanistan’s Kunar province and on jihadist forums on the Internet, there is jubilation over what al-Qaeda supporters see as “a historic victory” for the Taliban.

The humiliating departure of the same forces that temporarily expelled both the Taliban and al-Qaeda 20 years ago has meant a huge moral boost for anti-western jihadists of all the world.

The potential hiding places for them now opening up in the ungoverned spaces of the country are a tantalizing prize.

Especially for the militants of the Islamic State (IS) group seeking to find a new base after the defeat of their self-proclaimed caliphate in Iraq and Syria.

Western generals and politicians warn that al-Qaeda’s return to Afghanistan, reinforced, is “inevitable.”

On Tuesday, the Taliban, who want to present a more moderate and international image, said that they will not allow Afghanistan to be used as a sanctuary for terrorism.

The Prime Minister of the United Kingdom, Boris johnson, warned that Western nations must unite to prevent Afghanistan from becoming a haven for international terrorist groups again.

And on Monday, the UN Secretary General, Antonio Guterres, asked the UN Security Council to “use all the tools at its disposal to repress the global terrorist threat in Afghanistan ”.

But does the return of the Taliban automatically translate into a return of al-Qaeda bases and a platform for transnational terrorist attacks against Western countries?

Search for legitimacy and recognition

The last time the Taliban ruled the entire country, from 1996 to 2001, Afghanistan was practically a pariah state.

Only three countries, Saudi Arabia, Pakistan and the United Arab Emirates, they recognized its legitimacy.

In addition to brutalizing their own population, the Taliban provided a Safe sanctuary for Osama Bin Laden’s al-Qaeda organization, which orchestrated the September 11, 2001, attacks in the United States that killed nearly 3,000 people.

An estimated 20,000 recruits from around the world passed through al-Qaeda training camps, learned lethal skills, and created what became known as “a university of terrorism,” spreading terror as they returned to their countries.

Today the Taliban still see themselves as the legitimate, albeit unelected, rulers of the “Islamic Emirate of Afghanistan” and will try to seek some degree of international recognition.

They already seem eager to project the idea that they have returned to restore order, calm and authority, after the corruption, infighting and waste that has characterized much of the government for the past 20 years.

During the peace talks that took place in Doha, it was made clear to Taliban negotiators that this desired recognition could only come if they completely disassociated themselves from al-Qaeda.

We already have, the Taliban said.

But really it’s not so.

A recent UN report noted the close tribal and matrimonial ties between the two groups.

During the recent dramatic takeover of all of Afghanistan by the Taliban, numerous sightings of “foreigners” have been reported in their ranks, that is, non-Afghan fighters.

It is also clear that there is a disconnect between the more moderate and pragmatic words spoken by representatives of the Taliban – negotiators and spokesmen on the one hand – and some of the barbaric acts of revenge taking place on the ground.

On August 12, while the Taliban were still advancing on the capital, the US Charge d’Affaires in Kabul tweeted: “The Taliban’s statements in Doha do not resemble their actions in Badakhshan, Ghazni, Helmand and Kandahar. Attempts to monopolize the power through violence, fear and war they will only lead to international isolation ”.

Difficulties in containing the jihadists

The Taliban’s approach is to rule Afghanistan according to its strict interpretation of Sharia, Islamic law, and not beyond its borders.

But other al-Qaeda and Islamic State jihadists may have ambitions that go beyond those borders.

It is quite possible that, although the new Taliban government wants to restrict them, there are areas of the country where their activities could go unnoticed.

Sajjan Gohel of the Asia Pacific Foundation says the 200 to 500 al-Qaeda members believed to be in Kunar are likely to increase.

“The capture of the province of Kunar for the Taliban has enormous strategic value, as it has one of the most challenging terrain with densely forested valleys. Al-Qaeda already has a presence there that it will try to expand. “

If that happens, then clearly it will be much more difficult for the West to contain it.

For the past 20 years, stopping al-Qaeda has relied heavily on the NDS, the Afghan intelligence service, which has a network of informants combined with rapid reaction teams from the Afghan, American and British Special Forces.

All that has already disappeared, which makes Afghanistan a “difficult target” in terms of intelligence.

If terrorist training camps are identified and located, then the options for Washington could be narrowed down to distant drone strikes or cruise missile strikes, like the ones Osama bin Laden managed to dodge in 1998.

Much, Gohel says, will depend on whether Pakistani authorities deter or allow the travel of combatants foreigners through its territory into Afghanistan.