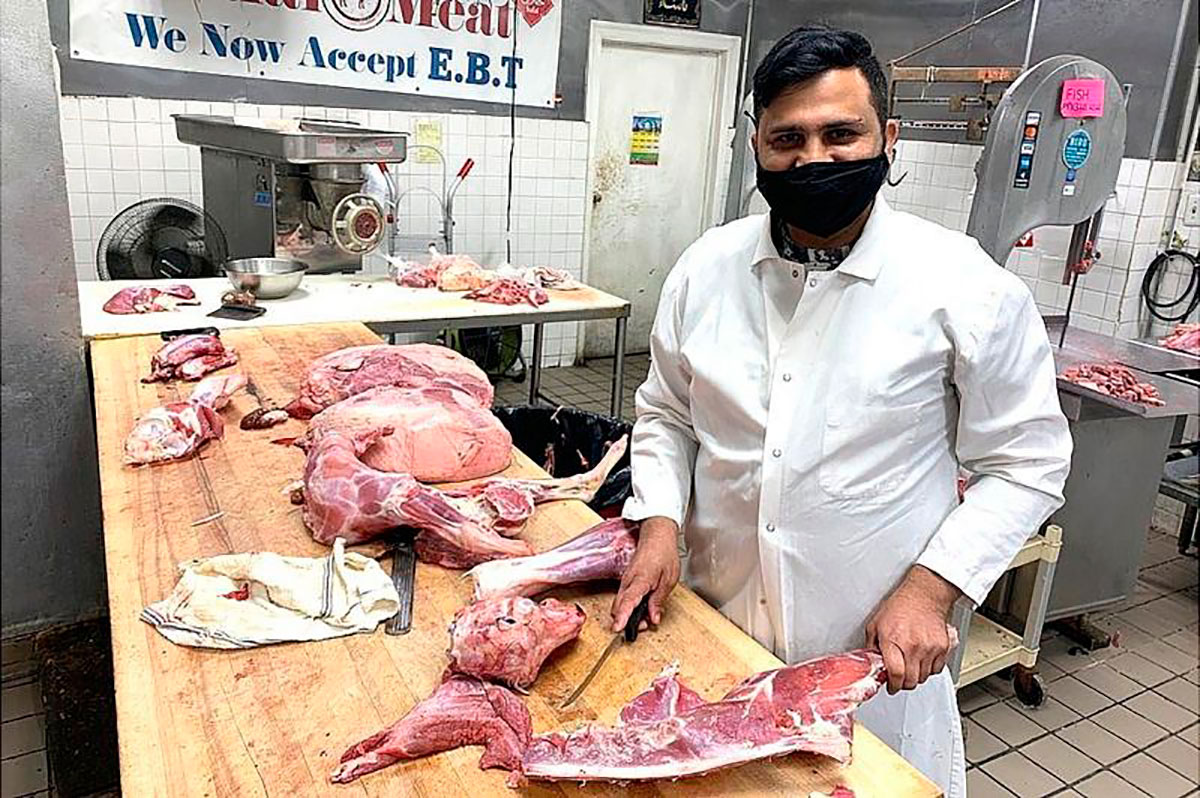 It is a typically busy day in “Little India” (or Little India), an area of ​​Queens, New York, which many immigrants from South Asia call home. But things are much quieter at the Al Noor Meat Market, a local halal butcher shop on 73rd Street.

It is not covid-19 that keeps buyers away, but the meat price, which lately has increased considerably in the United States.

“When meat is expensive, people eat less,” he says, adding that the store has raised its own prices to cope with this increase. “Business is very slow.”

According to his coworker Raza Jawed, 50, the culprits are the large suppliers. “They have come together and prices have risen,” he says. “We can’t do anything, they have all the power.”

From cars to clothing, the cost of living has risen for American consumers since the economy reopened.

Consumers are increasingly concerned about rising grocery prices, and the White House has vowed to act.

Part of the problem, they say, is that some large meat-processing companies dominate the US supply, allowing them to charge whatever they want.

In an executive order in July, President Joe Biden promised $ 500 million in loans and grants to help new meat processors enter the market and compete with the big players in the sector, in an attempt to reduce prices.

The government is investigating the “price fixing” in the chicken processing industry (which has already resulted in a $ 107 million fine for Pilgrim’s Pride, a Colorado-based supplier). And he plans to toughen the laws governing competition in the meat industry.

However, major processors say the government is “using them as a scapegoat” and has misunderstood the “fundamentals” of the market.

Concern over meat prices is nothing new in the US. 1921, President Woodrow Wilson approved the Packers and pens law (which is still in effect) to control large meat processors who were reported to control prices in a similar way.

And in 1973, President Richard Nixon imposed caps on the price of beef, pork and lamb as the cost of living skyrocketed.

These measures had limited success, and since the 1980s, the meat processing industry has become very established as regulators have struggled to keep up with a rapidly changing industry.

Only four giants -JBS, Cargill Meat Solutions, Tyson Foods and National Beef Packing Co- control between the 55% and 85% of the market, depending on the type of meat. In the 1970s and 1980s, the four largest packaging companies controlled only between 25% and 35%.

The White House says this gives them too much power, not just over what they charge retailers and restaurants, but also what they pay farmers for livestock.

This came to a head during the pandemic, as consumer demand for meat reached record levels as people were stockpiling.

Meanwhile, the largest processors have seen record, or near record, profits and margins, prompting the White House to accuse them of “Pandemic speculation”.

“Since the 1980s we have had unsupervised concentration [en la industria de procesamiento] and that’s a problem, ”says Joshua Specht, an environmental historian at the University of Notre Dame in Indiana. “Meat packers are taking more and more dollars from the US food market.”

The industry flatly denies the claims, saying the price increases are not due to consolidation. Instead, it blames supply chain problems related to the pandemic, including a severe labor shortage that led to plant closures last year.

“Multiple shocks unprecedented in the market, including a pandemic worldwide and severe weather conditions, led to an unexpected and drastic drop in the ability of meat processors to operate at full capacity, “Tyson Foods said in a statement last month.

“This led to an oversupply of live cattle and an undersupply of beef, while demand for beef products was at an all-time high. Therefore, as a result, the price of cattle fell, while the price of meat increased. Today, the prices paid to livestock producers are increasing ”.

Ranchers like Brett Kenzy are not convinced. He thinks that simply not enough processing companies to buy his cattle, sometimes forcing him to accept the only offer he receives. Like others, he also suspects that the “big meat” industry is intentionally trying to keep it that way, claims that processors deny.

The farmer, who raises more than 3,000 head of cattle in South Dakota, welcomes the Biden administration’s plans to make the sector more competitive.

He says the “cheap cattle and expensive meat” trend has been hitting his ranch since 2015.

“It was very difficult,” he says. “We have seen some profitability points in recent years, but also huge losses. We are barely holding on“.

Like others, the 49-year-old has thought about selling, but a certain stubbornness stops him. The ranch has been in his family for four generations and he wants to pass it on to his children.

“I have to hope that we can find a solution,” he says.

R-Calf USA, a group representing independent ranchers, is now suing the Big Four meat processors, accusing them of conspireto reduce the price of livestock to increase your earnings.

R-Calf USA says pricing problems are accelerating the livestock farm closure in the US, where about 17,000 close each year because they are not profitable enough.

“This is making it empty our rural communities and making it difficult to recover from the COVID pandemic, ”says CEO Bill Bullford.

The Biden administration is moving forward with its plans.

In September, he said he would grant US $1.4 billion in additional aid to small producers, processors, distributors, farmers markets, seafood processors and agricultural and food workers affected by COVID or extreme weather, to make the US food supply chain more resilient.

It has also started working with Congress to improve transparency around cattle prices.

However, some commentators they doubt that the plans will work and they warn that smaller meat processors will never be able to compete with giants who can spend more than they can.

Nor is the $ 500 million to finance new market entrants likely to go far without increased private investment.

Glynn Tonsor, an agricultural economist at Kansas State University, adds that “multiple things” affect meat prices over time, not just consolidation. He expects the current high prices to gradually come down on their own.

However, Josh Specht welcomes government intervention, saying he is seeking “A new approach” to an old problem.

“Ranchers have been complaining about this for 100 years, and now consumers are getting hit, which has pushed it high on the political agenda.”

“The administration is trying to change a hugely powerful industry and a hugely important part of the US economy and that is going to take time“.

Kenzy also believes that the government is on the right track, he just hopes it follows.