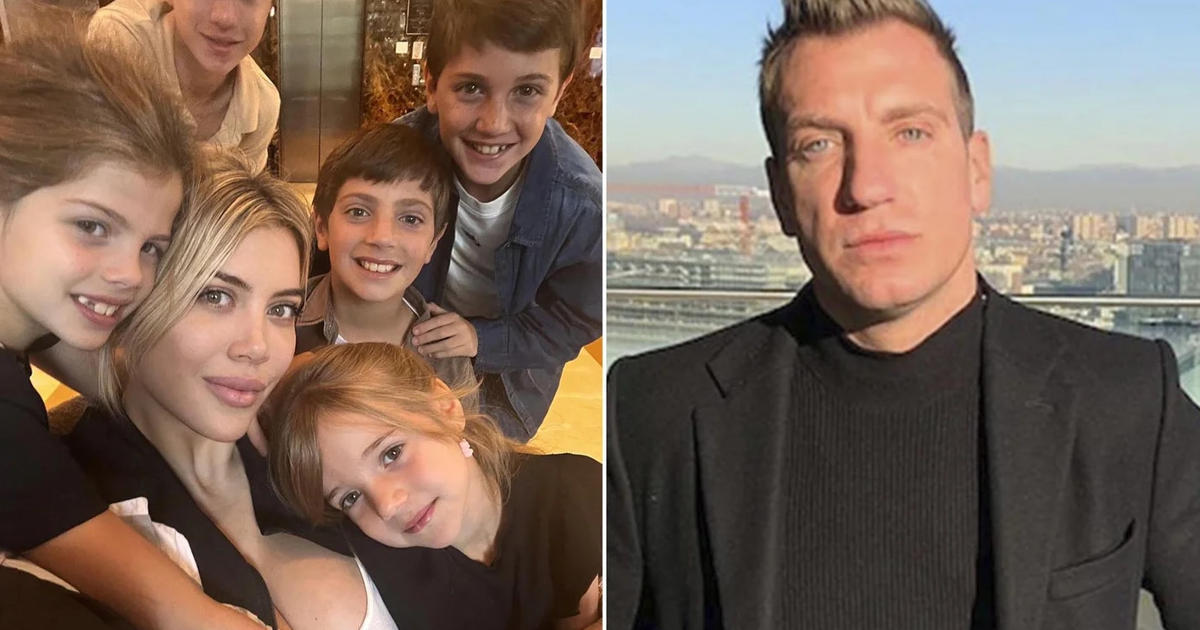 Finally, Wanda Nara returned last Friday to Turkey to be with Valentino, Constantino, Benedicto, Francesca and Isabella. The minors were in the care of her ex-partner Mauro Icardi, who had shown his discontent about his future divorce with the mother of his daughters.

In recent hours, the businesswoman put a pause to her work projects in Argentina to reconnect with her family. “Goodbyes cost me, some tears. But happy to meet my children soon,” wrote the businesswoman on her personal Instagram account.

The little ones gave her some handmade drawings where you can read, “Mom I love you” and “Surprise”. Along with the artistic works, a unicorn painted by her children was also highlighted.

In her Instagram stories, Wanda posted a photo of her hugging the oldest of the minors in the living room of the house. Recall that during the last few days, strong rumors circulated that Valentino Lopez was fighting with his mom so he decided not to follow her anymore on social networks.

From Mauro Icardi so far there was no news. Not even a comment from the soccer player in each of the recent posts. What did draw attention is that who commented something was Maxi Lopez, the father of her three boys and who is currently expecting his first child with model Daniela Christiansson. “The best medicine,” wrote the ex-footballer next to three light blue hearts, to which Wanda in turn responded with an emoji of a prayer and a red heart.

Minutes before leaving our country, when LAM interviewed her, Nara was asked if she loved Icardi and answered: “There are different ways to love. I love him a lot, but couples end. Loving means not hurting. And at one point I love Maxi, if something happens to him he knows I’ll be there, as it happened,” she said.

In the middle of the interview, Wanda recalled Icardi’s express visit to Buenos Aires and denied having met in his apartment on Avenida del Libertador. After a while, de Brito read the messages sent by Mauro Icardi from Istanbul in which he assured everyone that Wanda was lying and that he had proof that they had been together on Sunday. In addition, he promised that in November, he would be on the floor of LAM. “I find it very strange because he hates the press.”

“Why is he so angry?” asked Yanina Latorre, interpreting that it could be because of her new single life. “I don’t think so, he understands that. When I’m in Buenos Aires, I try to meet all my friends, to see everybody and I have very little time.

Regarding her next steps, she said that she would meet Ana Rosenfeld in Istanbul to continue the divorce proceedings and that she would not live under the same roof as Icardi. She will return in 10 days when she has to attend a commitment with Telefe, which according to de Brito, has to do with an entry to the house of Big Brother that Wanda denied without much determination. In addition, she will do two advertising campaigns for the World Cup, although for the moment, she will not travel to Qatar: “There were two brands, and we could not agree on the values.”

Towards the end of the interview, and after denying on several occasions her link with L-Gante, she threw a couple of winks to the cumbia singer 420. The first one about his commented out-of-tune in the musical of ¿Quién es la Máscara: “Elián told me that they put autotune to everyone but me,” he joked. The other one, in the farewell, after passing respectful invoices with de Brito and the angelitas. “I have my friends from La Mafilia”, she closed with a laugh, alluding to the group surrounding the musician.