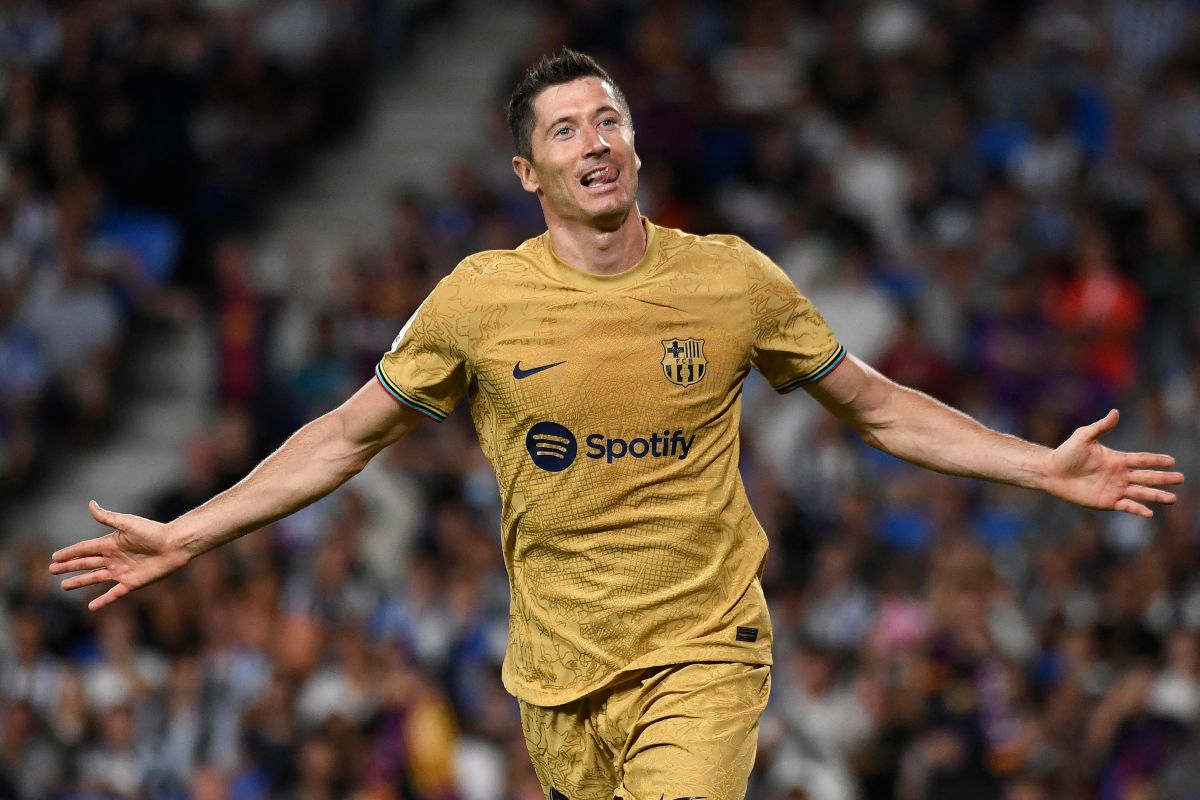 Robert Lewandowski is celebrating and not only for having turned 34 this Sunday but also for celebrating his first official goals with FC Barcelona with two goalsin the Catalans’ 1-4 away win over Real Sociedad in the Spanish La Liga.

And it is that the fans of Barcelona did not have to wait long to see Lewandowski himself shake the nets because after a frustrated start against Rayo Vallecano Only 44 seconds had to pass for the Pole’s first official goal.

After a controversy over a penalty not sanctioned by De Jong on David Silva, the Blaugranas armed the counter and went with everything through the youngster Alejandro Balde, who drove to the area and shot a creeping center that the attacker finished off at will for the 0-1.

But Lewandowski’s party would continue and at 68′ he broke lines and took advantage of an assist from Ansu Fati to put the second in his personal account by defining to the right of the Real Sociedad goal.

The win was closed by Dembélé (with the assistance of Ansu Fati) and Fati himself finished 1-4 defining a filtered ball in the area.

In this way, Barcelona achieved its first victory in the Spanish La Liga after the 0-0 draw against Rayo Vallecano and is currently fifth in the standings, two points behind the leaders Villarreal and Real Madrid.