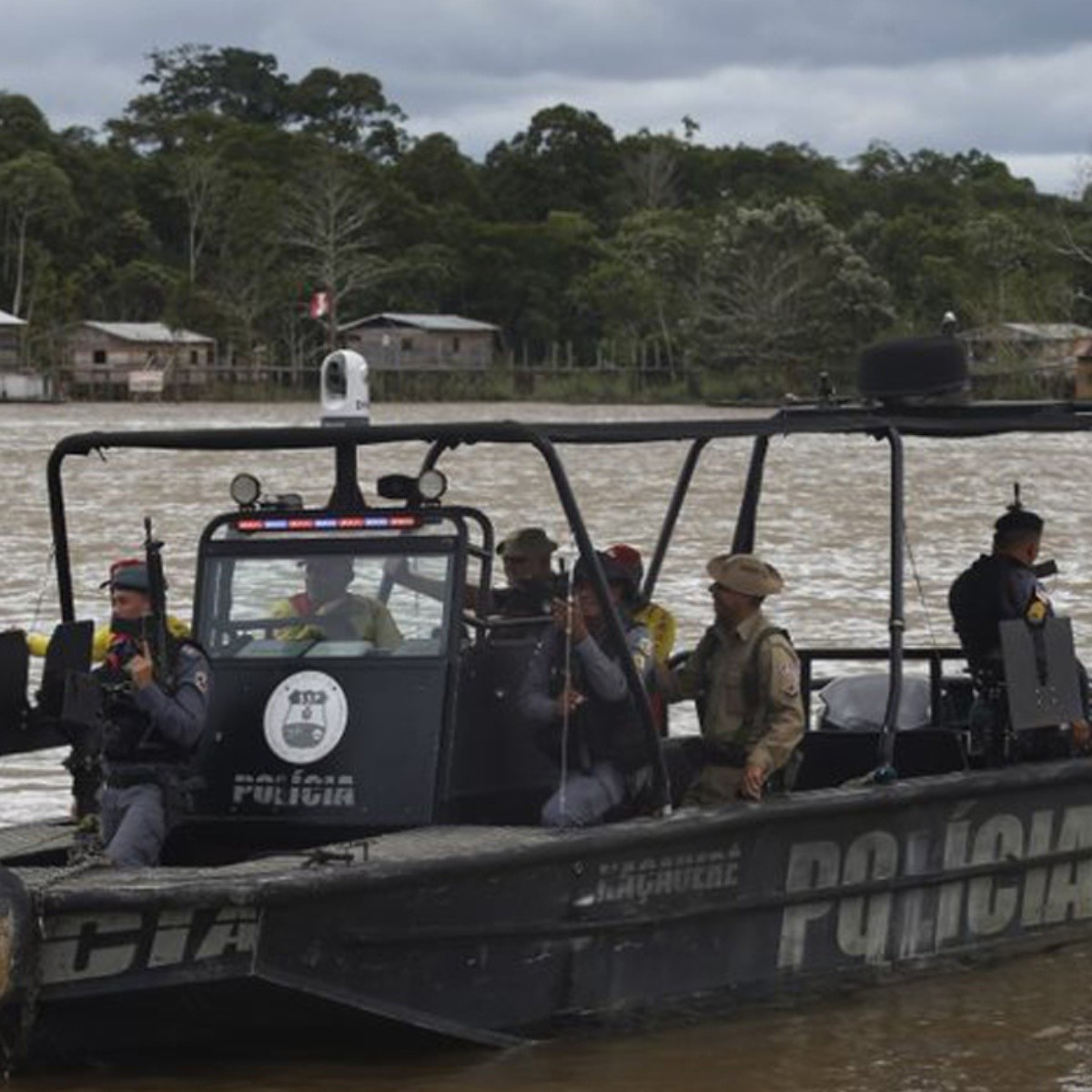 A main line of police investigation into the disappearance of a British journalist and an indigenous expert in the Amazon points to a international network that pays poor fishermen to fish illegally in the second largest indigenous territory in Brazil, according to authorities.

the freelance journalist Dom Phillips and the indigenous official Bruno Pereira They were last seen last Sunday near the Valle de Javari Indigenous Territory, in an area the size of Portugal that borders Peru and Colombia. Both were in the community of Sao Rafael. They were going to return by boat to the nearby city of Atalia do Norte, but they never arrived.

After a slow start, the army, navy, civil defense, state police and indigenous volunteers in search. Federal police said Saturday that they were analyzing human remains found the day before in the area where they disappeared. No further details were provided.

The plot is managed by local businessmen who pay fishermen to enter the Javari Valley, fish and deliver the catch to them. One of the most prized targets is the world’s largest scaled freshwater fish, the arapaima. It weighs up to 200 kilos (440 pounds) and can reach 3 meters (10 feet). The fish is sold in nearby cities such as Leticia, in Colombia; Tabatinga, in Brazil, and Iquitos, in Peru.

The only suspect in the disappearances is the fisherman Amarildo da Costa de Oliveira, also known as Pelado, who is under arrest. According to statements by indigenous people who were with Pereira and Phillips, he threatened them with a rifle the day before they disappeared. He denies any involvement and says military police tortured him to extract a confession, his family told The Associated Press.

Pereira, who led the local office of the government’s indigenous agency, known as FUNAI, has participated in several operations against illegal fishing. In these operations, fishing equipment is confiscated or destroyed, while fishermen are fined and briefly detained. Only indigenous people can fish in their territories.

“The reason for the crime is a personal dispute over fishing inspections,” the mayor of Atalaia do Norte, Denis Paiva, speculated to the press, without giving further details.

AP had access to information shared by the police with indigenous leaders. Although some agents, the mayor and other people in the region associate the disappearances with a “fish mafia”, the federal police do not rule out other lines of investigation. The area also has intense drug trafficking activity.

Fisherman Laurimar Alves Lopes, 45, who lives on the banks of the Itaquai River where the two men disappeared, told the AP that he had stopped fishing in the indigenous territory after being detained three times. In prison he suffered from hunger and beatings, he said.

“I made a lot of mistakes, I stole a lot of fish. When one sees his son dying of hunger, he goes to look where he can. So he was going to steal fish so he could support my family. But then I said: I’m going to finish this, I’m going to plant,” she said during an interview on his boat.

He said that he had been taken three times to the federal police headquarters in Tabatinga, where he was beaten and left without food.

One of the arrests was the work of FUNAI official Maxciel Pereira dos Santos. Lopes said that on that occasion he was falsely accused of hunting in an indigenous area. He said that he spent one night at the local FUNAI base before being sent to Tabatinga.

Santos was shot to death in 2019 in Tabatinga in front of his wife and daughter-in-law. Three years later, the crime remains unsolved. His FUNAI colleagues told the AP that they believe the crime is related to his work against poachers.

Lopes, who has five children, said her family’s main income is $80 a month from a federal social program. She also sells watermelons and bananas on the streets of Atalaia do Norte, earning her about $1,200 last year. She claims that he only fishes near her house forfeed your familynot to sell.

All the riverside communities in the area were founded by rubber workers. But in the 1980s the sector declined and the population turned to the timber industry. That, too, ended when the federal government created the Valle de Javari Indigenous Territory in 2001. Since then, fishing has become the main economic activity.

A fishing expedition to the great Javari Valley lasts about a month, according to Manoel Felipe, a historian and professor in the area who also served as a councilman. For every illegal raid, a fisherman earns at least $3,000.

“The financiers of the fishermen are Colombian“said Felipe. “In Leticia, everyone was angry with Bruno. This is not a game. They may have sent a gunman to kill him.”

In Mayor Paiva’s opinion, it is no coincidence that the only two murders of FUNAI officials in the region have occurred during the government of far-right President Jair Bolsonaro, who has often defended the exploitation of resources in indigenous territories, especially minerals, by companies and non-indigenous people.

“This government made people more prone to violence. Today you talk to someone and they say they have to take up arms. It wasn’t like that before,” he said.


They tried to “lift” a woman in Morelia, Michoacán