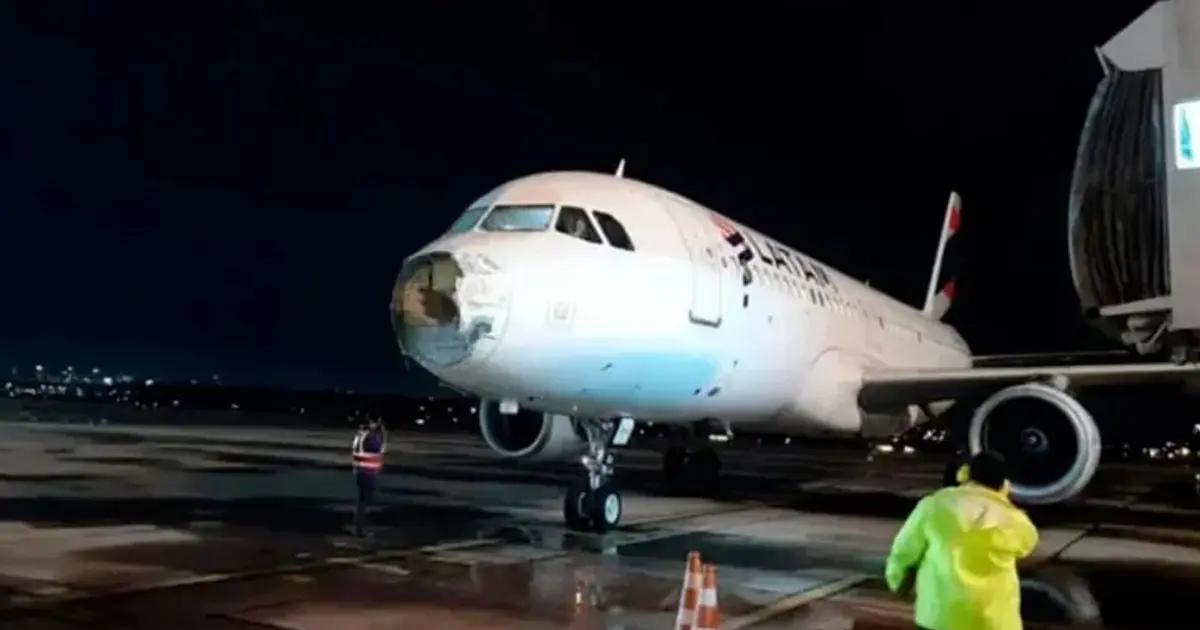 A day after a video went viral of a LATAM plane that was shaken by strong turbulence on its way to the city of Asunción, Paraguay, on Wednesday night, an ex-pilot of the airline said that the aircraft not only suffered visible damage to the front and windshields but also flew without both engines for more than 7 minutes.

In an interview with ABC TV, LATAM’s former Airbus A320 aircraft commander, Vicente Quiñonez, explained: “I believe that they [the pilots] followed the corresponding pattern. Unfortunately, we have the information that the plane flew more or less 8 minutes or 7 minutes and something without both engines running. But we can see in the footage that it never lost direction to come to the runway.”

According to Quiñonez, in front of the scenario mentioned above, the aircraft began to glide until, upon reaching 12,000 feet,” one of the engines starts to run back.” “But what happens? Since all the computers were disconnected, the autopilot did not work again. So the whole flight was manual,” he added.

For his part, aeronautical historian Antonio Sapienza affirmed that the crew complied with all protocols. “Both Manuel Franco and Javier Salinas, pilot and co-pilot and people with many hours of flight complied with the protocols and to the letter in an emergency when going through the hailstorm,” he added this is how they managed to land safely at Silvio Pettirossi.

Regarding the reasons why the pilots decided to resume the flight to that airport despite the bad weather conditions, which had already forced them to stop first in Foz de Iguazu, Brazil, Quiñonez conjectured that they must have based their decision on the information provided by the weather radar.

“The weather radar will report on the different outside temperatures out there. He may know what the weather is like from photographs, which doesn’t indicate where there is hail or severe turbulence; it just differentiates the temperature and where conditions are heavy. The pilot is not a kamikaze. He assured the audience that he would try to divert as much as possible; nobody wants to get into heavy turbulence, as it was in this case”.

What is certain is that all the events that occurred today are under investigation. In a communiqué, the National Civil Aeronautics Directorate of Paraguay (DINAC) and a group of specialists from the General Directorate of Civil Aeronautics of Chile confirmed the beginning of the corresponding investigation to know the details of this event that shocked 48 passengers.

For the moment, the Paraguayan agency only confirmed that the plane arrived at the airport with broken windshields, without one of the engines, and with the front part destroyed.