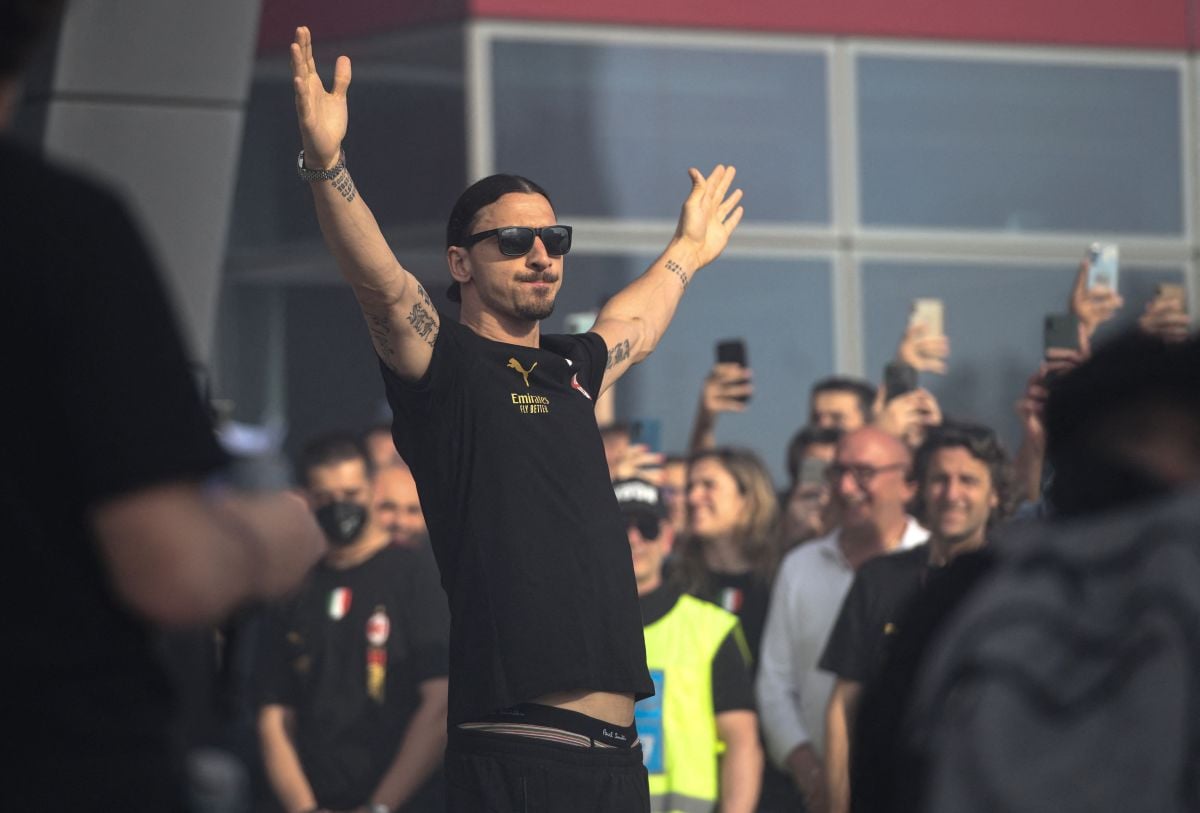 As part of a new strategy, the famous tiktoker, Khaby Lame, decided to recruit the popular Swedish soccer player Zlatan Ibrahimovic to appear in his most recent video. This publication generated endless comments and so far has more than 800 thousand likes, it should be noted that the audiovisual was shared by both figures.

Originally, the video is created for the Tik Tok platform, however both Zlatan and Lame also shared it on the Instagram platform. It should be noted that Tik Tok is the preferred network for content creators worldwide and this is how the creations that allow social media personalities to earn money go viral.

Context of the video of Zlatan Ibrahimovic and Khaby Lame

The audiovisual in which Khaby Lame and Zlatan Ibrahimovic participate already has thousands of comments and more than 800 thousand likes so far. In the context of the video, it can be seen when Lane gets annoyed with the driver of a vehicle, who makes the well-known rude gesture with his finger and before that reality the Swedish giant and world soccer star comes out in defense of the Senegalese tiktoker and acting as his bodyguard.

most of the thousands of comments received by the video are of a positive nature, although this is a publication for mere entertainment but whose protagonists are two very famous and beloved characters in the world of sports and today. The Senegalese tiktoker currently has a total of 143.2 million people on his profile and he can charge a total of $131,999 for each of his sponsored posts, according to Marca 2.0.

For his part, the one considered by many to be the best Swedish footballer in history, Zlatan Ibrahimovic, has a total of 55 million people on his profile.

The future of Zlatan Ibrahimovic

Zlatan Ibrahimovic, 40 years old, has just won Serie A dressed in the colors of AC Milan, the team has also renewed his contract despite suffering an injury. The Swedish star will miss the World Cup with his team after falling in the playoff against Robert Lewandowski’s Poland.

His farewell to the pitches is expected to be wearing the colors of AC Milan, He is already close to turning 41 in October and has not yet mentioned the word retirement. What is certain is that after football, social networks can be an option that guarantees success.

You may also like
. In better condition than many: Ibrahimovic surprises everyone with his impressive 40-year-old physique [Foto]
. Eternal Zlatan: Ibrahimovic renewed with AC Milan and will continue playing football until he is 41 years old
. Ronaldinho caused a furor with his presence in a shopping center in Ecuador in a contest dedicated to his career